This October I attended the 2014 NordiCHI [Nordic Computer-Human Interaction] Conference in Helsinki. I spent my last evening in the city at a reception at the City Hall, chatting to other delegates while – rather aptly – attempting with wavering success to balance my plate of buffet food, wine glass, and eye contact. One paper that had particularly resonated with attendees was ‘Tackling Fussy Eating by Digitally Augmenting Children’s Meals’. The paper struck a chord because it explored a topic with quality of being both down to earth and, I found out, quite contentious. ‘FoodWorks was designed to digitally augment a plate of food and provide rewards for completion of the meal’ (Ganesh, Rogers, O’Hara, Marshall 2014) reads the paper’s conference. ‘Isn’t it better if children eat healthy food without expecting a reward other than good health?’ asked one delegate. ‘I’m not sure that would work with my kids’, said another. ‘Fantastic idea- really got me thinking!’ said a third.

One would be hard pressed to find someone without an opinion on food and eating. The exploration of and relief from dinner table politics that might come with interactive technologies is but one area of exploration taken by Choi, Foth, and Hearn’s 15-chapter edited collection. I stress this fragmentariness because the editors are, as they acknowledge, taking on a vast and almost peerlessly vexed issue, not ‘only’ ‘food in human-computer interactions’, but of food.

Food is ‘good to think with’ and, as this book demonstrates, good to design with.  But food is also a problematic area of research because the stakes of trying to ‘make things better’ (if only our comprehension) around food are unusually high. With the ubiquity, in some circles at least, of aspiration to ethical food consumption, this is as true in so-called ‘everyday life’ as it is in research. This is cause for dissent.  In his recent New Yorker article ‘Shut up and eat: A foodie repents’, erstwhile Guardian restaurant critic John Lanchester writes of the belief so common amongst his milieu that ‘by taking loving care when we purchase summer corn, heirloom tomatoes, organically fed and outdoor-reared chicken, we’re doing something with political significance…I’m thrilled by this notion, and yet I can’t submit to it. For a start, we can’t feed the whole world this way’. This seems to me to speak to a question felt particularly acutely to those studying or thinking about consumption (including food): how best to see all walks of life (including ‘elites’) as a worthy of nuanced study without being able to lose site of one’s case studies, fieldsites and so on as locations on a bigger structure of inequality.

The Introduction tells us that the book stems from the three-year project Eat, Cook, Grow: Ubiquitous Technology for Sustainable Food Culture in the City (p.1). This might have been a preferable book title with which to communicate the book’s aim of ‘add[ing] a bottom-up perspective to the conventional top-down agenda’ (p.2). Just before referencing the World Food Programme’s Hunger Map comes the volume’s crux:

‘Food is critical to our sustenance and, in its varied forms, is often an object of pleasure and desire with equally varied intensity. As such, while food may create personal moments of adversity or jouissance, it has also played and unquestionable role in shaping the broader political and social agendas throughout human history, and has co-evolved with the tangible and intangible facets of human society’ (p.1.)

The point of the book is to situate the focused research questions and quite discrete design interventions (for example, a ‘farmers’ market probe as a week-long diary’ (p.139)) that characterise most of the projects described, against a background that transcends HCI and its allied disciplines and, indeed, the academy.

While the rationale by which each chapter is deposited into one of three subsections ­– ‘eat’, ‘cook’, and ‘grow’- occasionally feels arbitrary, the section forewords by Anne Galloway, Yvonne Rogers and Kenton O’Hara, and Eli Blevis successfully frame the chapters in their broader significances.

An ‘Eat’ chapter, ‘Not Sharing Sushi: Exploring Social Presence and Connectedness at the Telematic Dinner Party’ (Comber et al.) exemplifies how food poses productive challenges to HCI as an area of research because it is ‘innately physical and sensorial’ (p. 65). Telematic Dinner Party (TDP) speaks to related projects that seek to facilitate conviviality between far-apart kin, such as ‘CoDine (Wei et al. 2011) [that] translates the messages of love and respect that are expressed in the ritual of most Asian cultures of serving food to loved ones’ (p. 66). In contrast, TDP aimed to approach food not as ‘merely’ iconic, but as edible, with participants eating in the virtual presence of fellow diners. However, attempts to cultivate shared eating by using top-down projecting of sushi were less meaningful than the play participants engaged in using the projector as a ‘light box’ ripe for virtual high fives (p.73). Humans interacted with humans, humans interacted with technologies, but getting them to interact with food in a particular way was far trickier.

Don’t tell John Lanchester but Toet, Meerbeek, and Hoonhout’s ‘Supporting Mindful Eating with the InBalance Chopping Board’ is one of several chapters that, explicitly or otherwise, use food to consider how technology can help humans to ‘slow down’. While the designs written of in this particular chapter are provocative, they are also easy to imagine as mass-market products. Consider the InBalance Chopping Board: ‘users have to indicate whether the ingredient is a food product that one can healthfully eat always (“go,” as with vegetables), sometimes (“slow,” such as chicken with skin), or only very rarely (“whoa,” such as pork chops) (p. 109).  That such a design hardly seems farfetched is a reminder that food-centred smart technologies ranging from the epicurean to the ascetic are already a big-ticket reality in some parts of the world.

Eat, Cook, Grow is a stimulating addition to food studies and HCI. It is also an accessible bridge between these two areas and their interlocutors in and outside of research.

Siobhan Magee is a Postdoctoral Research Fellow at the Institute for Advanced Studies in the Humanities at the University of Edinburgh. Her interest in HCI comes from working with designers and informaticians on a multi-disciplinary project about secondhand things in the age of the Internet. 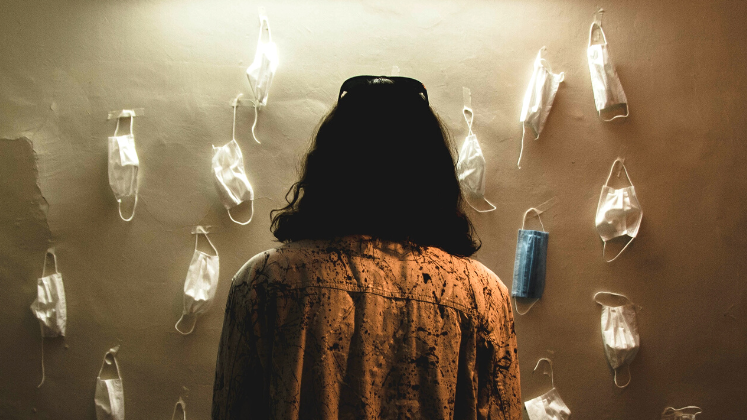