Key themes in this new book include the moral consumption of tourism experiences, embodiment in tourism encounters, environmental moralities as well as methodological aspects of morality in tourism research. Evan Easton-Calabria finds that this is an exceptional addition to the growing field of critical tourism studies.

The writer and philosopher G.K. Chesterton once wrote, ‘The traveler sees what he sees. The tourist sees what he has come to see.’ However, the distinction between traveler and tourist is, as we find in Moral Encounters in Tourism, blurrier and more paradoxical than Chesterton’s quote belies. And so, it turns out, are the morals of tourism.

This compilation of eighteen short articles, edited by Mary Mostafanezhad and Kevin Hannam, defines morality as ‘a socially constructed set of values that are agreed upon by individuals and societies’ (p.3), and in its pages proceeds to deconstruct a wide variety of ‘tourist encounters’, ranging from so-called ‘voluntourism’ (Chapters 3, 4, and 8) to the ‘gazing’ of female bodies in Myanmar (Chapter 7). The anthology opens with a dense yet thoughtful introduction by the editors, which overviews the history of tourism studies, morality in the social sciences, and what the authors perceive as a gap in research on morality’s role in tourism. To this end, the anthology is situated within critical tourism studies, which is evident in its welcome and multifarious discussions of the Western hegemony of market tourism and neoliberalism’s role in enabling and defining travel as many experience it.

The book is divided into four themes – Moral Consumption in Tourism, Embodied Tourism Encounters, Environmental Tourism Moralities, and Moral Methodologies – which are fleshed out with four articles each. Although the topics vary, each strives to morally interrogate what many tourists take as a normal occurrence, such as traveling on planes (Chapter 11) and visiting museums (Chapter 9). One of the main foci of the book that runs throughout its different sections is the notion of volunteer tourism, or ‘voluntourism’. A resulting question from articles focusing on this is whom international volunteer work ultimately benefits, as we learn about the unintended consequences of locals losing their jobs or international schools and aid organisations rendered largely obsolete due to various locales’ steady influx of well-meaning yet often under-qualified volunteers.

One of the chapters discussing voluntourism is Chapter 4, which comprises a fascinating case study of Nepal by Heather Hindman. Hindman discusses Nepal as a newly independent country that has in many ways grown out of both Western tourism and Western aid and remains largely dependent on these sectors today, and examines a variety of the unintended consequences of volunteers there. To this end, she emphasises the control that both the aid and tourism sectors have in highlighting – as well as neglecting – particular social and environmental issues. Her overview of the recent rise in voluntourism in Nepal is refreshing and will make any tourist eager to ‘do good’ think twice, as she documents how it was only when local NGOs were paid to take on volunteers (thus initiating the volunteer tourism industry) that they began to accept their help at all.

The most captivating aspect of Hindman’s chapter, however, comes at the end, when she writes, ‘…it is not uncommon for donor priorities to dictate what projects get done, but considering voluntourists as donors casts this changeability [of aid shifting from trained professionals to volunteers] in a new light.’ [emphasis added] (p.57) It is here that the moral issues and inherent power dynamics of voluntourism are novelly presented but unfortunately not deeply enough interrogated. This is mainly due to the chapter’s brevity and is an adverse result of the anthology’s breadth; that several of the chapters feel too condensed for their subject matter is one of my only criticisms of the volume.

A shortcoming of certain chapters, however, is the failure by some authors to comprehensively bring in the actual voices of the affected populations they highlight, despite critically discussing tourism as reflective of Western hegemony and detailing the often undesirable effects of neoliberalism. For example, instead of further examining the impact of voluntourists as a type of donor on local populations, Hindman remains Western-centric and solely discusses its impact on ex-pat aid workers and tourists and not those upon whom volunteer work is arguably forced. In this regard, more content regarding the morals of tourism research, which is mainly discussed in a conclusion by the editors (Ch 18) would have been welcome.

Another fascinating topic discussed in the anthology is that of reproductive tourism (Ch 6). In ‘Reproductive Fugitives, Fertility “Exiles” or Just Parents?’, Shelley Grant examines three of the main criticisms faced by people who seek reproductive support abroad, which according to her definition includes not only in-vitro fertilisation but inter-country child adoption and child surrogacy. She defines these criticisms as criminality, irresponsibility and immorality, and explores the junction of laws and extralegal responses in leading to cultural norms regarding reproductive tourism. She states that there is a lack of shared standards to regulate parental travel that contributes to the often assumed immorality or even illegality of such action. At the same time, we learn that reproductive tourism, despite being one of the most contentious forms of medical tourism, is on the rise, with a 2010 report documenting that prospective parents of more than 30 nationalities seek reproductive assistance at approximately 130 different sites within EU territory. Overall, Grant’s argument is empirically well substantiated and the chapter provides important contemplations regarding the morals of cross-border reproduction as well as information on the phenomenon itself.

Moral Encounters in Tourism is an invitation for reflexivity while travelling as well as greater awareness that tourism is full of the witnessing and enacting of highly moralised encounters. The anthology employs interesting and thought-provoking case studies to cover vastly different types of moral encounters across the globe, and includes a variety of theoretical and methodological considerations. As such, it exists on the whole as an interrogation of the multi-faceted moralities of tourism, and is an exceptional addition to the growing field of critical tourism studies.

Through discussing the problems as well as possibilities inherent to tourist encounters, the collection culminates in what can be regarded as a call to action, both for a new moral agenda for tourism (Chapter 10) as well as an honest and, for many readers, uncomfortable inquiry into the selective moral disengagement that allows many of us to continue justifying travel today (Chapter 11). Whether we are academic researchers or ‘sun and sand’ tourists, ‘ethical’ travellers or voluntourists eager to utilise privilege, this anthology reminds us that we are also inherently moral actors, regardless of what else we hope to be – and see – abroad.

Evan Easton-Calabria studied for a Master’s degree in Refugee and Forced Migration Studies from the University of Oxford. She is a writer and consultant focusing on refugee livelihoods and international development. 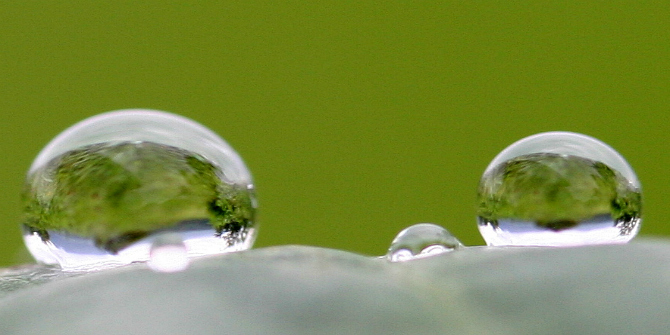