Developing a political sociology of European integration, Rebecca Adler-Nissen aims to show how everyday negotiations transform national interests into European ideals. This is a well-paced and useful read for EU scholars who wish to further examine the opt-out issue, finds Amani El Sehrawey. 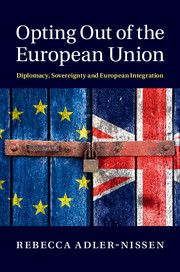 Adler-Nissen argues that IR and European integration theories prove inefficient to describe the phenomenon of opt-outs, and instead roots her argument in political sociology. She describes European integration as a social process driven primarily by social hierarchies, norms, reputation, and everyday diplomacy of politico-administrative elites rather than by the public, parliaments, and other domestic actors (p.18). Because of this, social stigmatisation associated with opt-outs is a powerful determinant of opt-out management. The bulk of Adler-Nissen’s work analyses the British and Danish opt-outs of both EMU and AFSJ. She argues that the primary reaction to the opt-outs is stigmatisation, and punishment of Britain and Denmark for their decisions to stay outside the system (p.75).  However, the two countries react differently to this stigmatisation (p.75). Adler-Nissen points to two main streams of opt-out management in this environment: stigma rejection and stigma recognition (p.69).

In the case of EMU, ‘euro-outsiderness’ means exclusion from the powerful Eurogroup, which takes place before ECOFIN meetings and has increasingly become the arena in which major economic policy decision-making takes place. The opt-outs are also viewed as isolationist choices that cultivate a reputation of Britain and Denmark as “bad Europeans”.  However, as Adler-Nissen notes, despite their voluntary exclusion from the Euro, the opt-outs countries have actively fought their exclusion from these policy discussions (p.99). Britain in particular consistently draws attention to their position as outsiders as a form of stigma management—this serves to solidify their public image as deviants of the system, which then justifies and perpetuates their exclusion (p.100). Adler-Nissen suggests that because of this, Britain’s stigma rejection as a tactic to challenge their exclusion from the negotiation table has been ineffective (p.100). For instance, Britain’s attempt to influence the SGPII reform to push EMU away from the Euro proved unsuccessful (p.109). Denmark, in contrast, has chosen stigma recognition as their opt-out management strategy. Here, Denmark acts as a “model country” in their economic performance, their fixed exchange rate bound to the euro, and their attempt in 2000 to abolish the EMU opt-out (p.105). Overall however, their status as an opt-out country limits their influence. This stigma takes place in the day-to-day European diplomatic space: the working groups and committees, specifically in the Eurogroup and ECOFIN (p.111). It is driven by socially negotiated norms at EU-level, rather than dictated by domestic factors (p.111).  Stigmatisation, Adler-Nissen argues, must continue to ensure solidarity among euro-insiders (p.113).

The book may prove a bit obtuse for general readers as it delves deep into complex areas of the EU, and assumes a relatively high degree of literacy in EU affairs and EU institutional knowledge. Experts in the field may find it at times over-explanatory; there is a lot of time devoted to literature review of the foundations of political sociology before the frameworks were applied to the European case. As a scholar with less familiarity in the field of political sociology, I found this useful, but it could have perhaps been delivered more concisely. The application of Adler-Nissen’s frameworks to the case studies of EMU and AFSJ, however, were well-paced and persuasively argued. It is a useful read for EU scholars who wish to further examine the opt-out issue from outside the mainstream theoretical interpretations in this field.