Monetary Policy Operations and the Financial System will not definitively prevent future financial crises, but it will ensure that society better understands what must be done to minimize their effects, writes Henry Piaskowski.

The recent financial crisis forced society to reconsider economics as a discipline and the financial system as a whole. It was during this time that central banks gained new importance in world affairs due to their ability to influence economic events. A resulting debate of their power developed where participants often resort to opinion-giving rather than argument-making. We need a new way forward that emphasizes facts over beliefs, and Ulrich Bindseil’s new book Monetary Policy Operations and the Financial System is an excellent guide.

Monetary Policy Operations is a comprehensive analysis of monetary policy from an academic perspective. Bindseil (the author of several other articles and books relating to central banking) extensively utilizes many sources to support the claims in his book. Bindseil also brings a pragmatic understanding of the financial system as a result of his time at the Bundesbank and the European Central Bank, where he is now the Director General of Market Operations.

Structurally, the book is divided into two sections: “Monetary Policy Operations in Normal Times” and “Monetary Policy Operations in Times of Crisis”. The individual chapters in each section act as building blocks for subsequent parts by presenting models and definitions that are gradually built upon. The final chapters of both sections effectively synthesize previously mentioned information into concrete central bank actions. This is one of the ways in which Bindseil’s book sets itself apart from others. Theory is used as a tool to elucidate real-world action.

It is important to understand that Monetary Policy Operations can be read two different ways, depending on the reader and her goals. The first way is to view Bindseil’s work as a quantitative analysis of central banking. Economists and central bankers will find this method the most useful. An extensive understanding of mathematics and economics are required to read the book in this manner, but it also allows the reader to understand the nuances of Bindseil’s suggestions. The second method is better used by ‘casual’ readers. ‘Casual’ readers, i.e. those without extensive training in economics, will glean important lessons about specific actions that can be used to prevent future financial crises. To his credit, Bindseil does a remarkable job of summarizing the practical suggestions in his book in an easy to understand manner.

Chapter 16 utilizes conclusions drawn in the previous chapters to suggest ways central banks can reduce moral hazard in financial systems. Bindseil begins by stating a brief definition of ‘moral hazard’ via historical account of the concept. The author continues by describing how lender of last resort behaviour can create moral hazard in the financial system. In brief, banks will “factor in ex ante the central bank’s readiness to act as [a lender of last resort]” (p.265) in their own decision-making process. This will likely lead to increased tolerance for unacceptably high liquidity risks by those banks. Bindseil then shows his readers a formula for post-haircut asset price valuation to reduce over-reliance on central banks. This is particularly beneficial to those without a strong economics background because it transforms the notion of haircut-setting from a concept to a meaningful value.

The final chapter of Bindseil’s book is arguably the most important. The aptly titled “Optimal Monetary Policy Operations in Crisis Times” outlines eleven central bank functions that must be taken in order to find a balance between supporting the economy and reducing moral hazard. These range from urging central banks to “be proactive and bold if needed” (p.296) to calling for “outright purchase programmes” (p.298). The chapter’s conclusion asks the reader to consider whether or not monetary policy in normal times can prevent increasing financial instability. Bindseil cautiously believes it can, provided that “central bank credit operations and collateral framework … [do] not contribute to pro-cyclicality” (p.298).

Bindseil’s work makes an important contribution to our understanding of central bank policy in modern times by not only describing how central banks should act in different situations, but how they do act. This furthering of knowledge is especially critical in the post-financial crisis world because it helps researchers and policymakers better understand what went wrong and how to avoid similar mistakes in the future. Even though it will take time and further research, ‘casual’ readers are also strongly encouraged to read Monetary Policy Operations. It is rare to find such an impartial and comprehensive work regarding a divisive issue like central banking. Monetary Policy Operations and the Financial System will not definitively prevent future financial crises, but it will ensure that society better understands what must be done to minimize their effects.

Henry Piaskowski is currently working towards a MSc Political Science and Political Economy degree at the London School of Economics. He also earned a BA in Philosophy and Political Science from Gonzaga University in the United States. Henry’s extracurricular interests include epistemology, philosophy of language, and political theory. 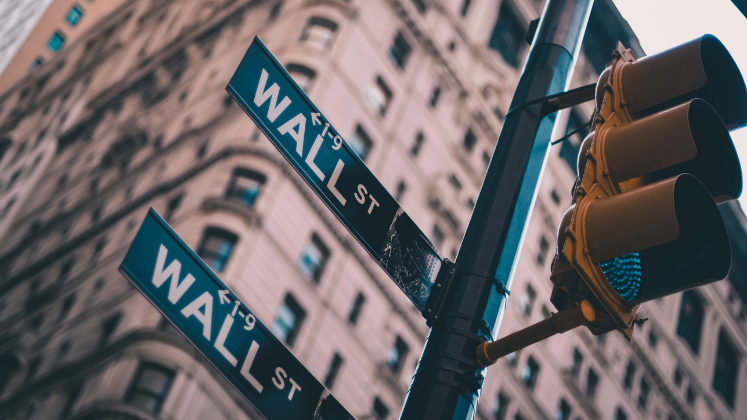