This book provides an excellent place to begin considering human rights violations, radical and revolutionary options, and how activism can contribute to securing human rights for all. Read this book and recommend it to a friend, writes Helen Brown Coverdale. ‘The human rights enterprise includes but is not limited to the creation and implementation of human rights as a norm of international law and legal discourse. It identifies the totality of movements to achieve universal fundamental human dignity … where social movements from below are most common and effective … a living organic process of counter-hegemonic resistance that seeks to tip balances of power towards equality’ ( Armaline et al pp.165-6).

The Human Rights Enterprise by Armaline et al is well structured, clear, and powerfully written across five compelling chapters. The book has broad appeal, considering topical human rights issues at home and abroad for the United States, including: torture in Guantánamo Bay; extraordinary rendition; military drone strikes; and domestic privacy and surveillance. This incredibly accessible book is suitable for beginner students and the interested general reader. Engaging case studies from each chapter develop the authors’ argument across the book. While the book focuses on the American context, the case studies — the 2008 financial crisis and anti-racist struggles — will be familiar to most readers, and the chapters will stand alone well for teaching purposes.

The chapters follow a similar format: building on a challenging and thought-provoking case study to gently introduce conceptual material, which illustrates dominant (political) sociological approaches, before employing the case study to advance an innovative understanding of human rights praxis (a reflexive relationship between theory and action p.166). This critical development will interest advanced theorists, sociologists, political scientists and socio-legal scholars. The first Chapter notes the authors’ twin rationales: developing the ‘contribution of (political) sociology to the studying and realizing of human rights’ and defining a ‘critical sociology of human rights’; and employing political sociology to ‘interpret, critique, and re-envision contemporary human rights praxis’ p.3.

The second Chapter opens with Mark and Diane’s story, a husband and wife who both suffered long unemployment following the global recession. The couple had done all the right things, the authors argue, yet they lost their medical insurance (associated with Diane’s work), were forced to draw on Mark’s retirement savings (reducing their future financial security), and faced losing their home. The stock market recovered after a Federal bailout of major banks, but the expected job creation did not arise. The authors note that human rights instruments are often framed in terms of state relationships with individuals. Yet states choose whether to adopt rights prioritizing policies, and powerful states may ignore international agreements when these conflict with domestic policy. Further, transnational and multinational corporations can threaten the rights of individuals.

The authors then accessibly introduce five sociological theories of the state, as competing ideas, noting strengths and weaknesses: instrumentalism, capitalist state structuralism, a class dialectic perspective, state-centred structuralism and anarchist theory. Themes of the inability of states and/or unwillingness of international capitalist corporate agents, to protect or deliver human rights, and the achievement of rights in practice as the result of bottom-up power struggles, run through the book. The authors consider the human rights impact of the financial crisis in the light of neoliberal economic globalization. Rights to education, food, housing, health are reframed as individual responsibilities. Previously framed as public health issues for the state, these rights have become ‘too expensive right now’ (p.69). The authors point to grass roots activism which has risen to fill in the rights provision gap, noting the peaceful Occupy Wall Street Movement, Food Not Bombs (a voluntary organisation collecting discarded food to feed the homeless in public spaces) and volunteer housing advice organisations. They note that professionals joined activist organisations from the bottom up: with front-line lawyers challenging mortgage foreclosure in court, and a Chicago Sheriff refusing to evict tenants whose landlords had defaulted on mortgage payments. These grass-roots actions helped secure rights often considered human rights, to food and shelter.

The third Chapter introduces social movement theory, discussed in the context of American domestic anti-racist struggle since the Second World War, framed in human rights discourse. The fourth Chapter considers human rights in the context of the rights of companies as ‘corporate citizens’ (p.115) in the American context, and how this affects the rights of ‘flesh-and-blood human persons’ (p.130). The fifth Chapter considers drone strikes and domestic surveillance, and reflects on their impact of the analysis that rights on the ground are best secured through bottom-up struggle.

As noted, the authors state two purposes for their book: displaying the explanatory power of political sociological approaches to the study and realizing of human rights; and providing a critical alternative bottom-up vision of human rights praxis. Yet there is a third, perhaps underlying, key theme. The authors present a clear, persuasive argument: while international legal instruments frame states as protectors and providers of human rights, in practice the state is either unable to do so (due to the power of transnational corporations) or declines to protect rights for all, preferring to protect majority interests. Instead, Armaline et al argue, human rights are most often secured through bottom-up struggle and grass-roots activism. If this is so, we are compelled to reflect on what we, as scholars and as citizens, can do to become aware of rights violations in our midst, and to help secure human rights for all. The authors’ parting shot challenges us:

‘Scholars, students and stakeholders engaged in human rights work should be prepared to engage on all fronts, with the courage to consider the “radical” or “revolutionary” changes that might be necessary for a better world. Are you prepared to do your part?’ (p.172).

In addition to academic arguments about the conceptualization of human rights praxis, this book provides an excellent place to begin considering human rights violations, radical and revolutionary options, and how activism can contribute to securing human rights for all. Read this book and recommend it to a friend. If Armaline et al are right, realizing human rights starts at the bottom, with us and our actions.

Helen Brown Coverdale is a Guest Teacher at LSE for LSE100. Helen earned her PhD in the Law Department at LSE, funded by an AHRC Studentship. Her doctorate applied the mode of practical moral reasoning found in care ethics to sentencing and punishment practises, to better provide Dworkin’s treatment as equals to offenders. She holds an MA in Legal & Political Theory from UCL and a BA specialising in Government from the University of Manchester. Read more reviews by Helen.

Posted In: Contributions from LSE Staff and Students | Law and Human Rights

Book Review: Winston Churchill: The Wilderness Years: Speaking out against Hitler in the Prelude to War by Martin Gilbert 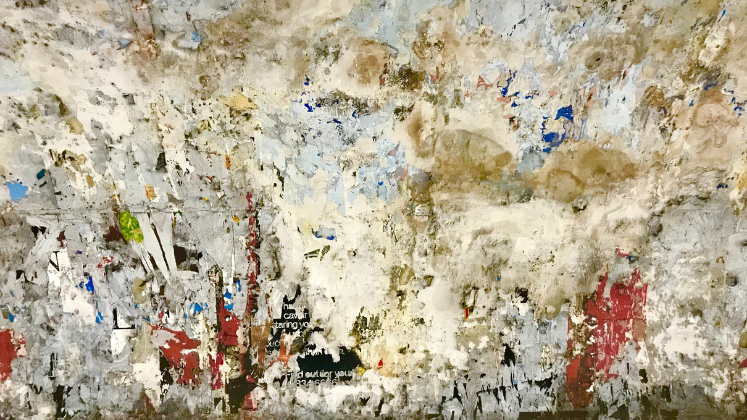