During the Cold War the concept of international security was understood in military terms as the threat or use of force by states. The end of East/West hostilities, however, brought ‘critical’ perspectives to the fore as scholars sought to explain the emergence of new challenges to international stability, such as environmental degradation, immigration and terrorism.
Katherine Williams thinks this book effectively maps its core conceptual themes onto real-world security issues that will prove extremely useful to scholars, students, and readers alike. K.M Fierke, Professor of International Relations at the University of St. Andrew’s, has attempted to further elucidate upon the field of critical security, and how the core themes of change, identity, danger, trauma, and emancipation engage directly with real-world issues.

The security landscape is constantly changing, and whereas traditional methodologies have taken something of a problem-solving approach to security (i.e., they see the world as it is, and attempt to find solutions within existing systems of thought); critical approaches tend to raise questions about the historical location of the security theorist, and their theory (p. 1-2). As Fierke explains in her introduction, the field of security studies has broadened significantly since the end of the Cold War. This means that security scholars have began to consider new referent objects of security (i.e. the ‘thing’ that must be protected) other than the state or the military. Under the critical security rubric, almost anything can be considered a referent object of security; the environment, society, women, and so on. Critical security, a sub-discipline popularised by the members of the so-called Copenhagen School (Barry Buzan, Ole Wæver, and Jaap de Wilde et al), endeavoured (so as not to repeat attempted?) to deepen security debates, question traditional methodologies, and appraise new methodological approaches. The narrow definition of what constituted security led by realist theorists was no longer left unchallenged, and opened up space for new voices within the security debate.

Whilst the Copenhagen School may have been influential voices in critical security circles, Fierke believes that their theoretical approaches are, in fact, more notable for their exclusion of key issues such as gender and other non-traditional security concerns. Under the conditions set out by the Copenhagen School, a referent object of security must be something that faces an existential threat; it must also be able to make the world aware of its insecurity through what is known as a ‘speech act’. The ‘speech act’ must then be accepted as legitimate by an appropriate party for the politicised issue to become securitised. The existential threat facing the referent object of security, then, must be one which faces a collective of people, not individuals. This is how issues such as gender become marginalised; so often individuals are not able to vocalise their insecurity due to fear of repercussion, thus perpetuating what Lene Hansen has termed a ‘silent security dilemma’.

Meanwhile, Fierke states her text, rather than focusing on the theoretical schools within the discipline, focuses directly on the concepts that are central to the critical security debate, in order to highlight “conceptual, methodological and substantive contributions to a wide range of critical approaches.” Whilst this may seem somewhat unorthodox, Fierke believes that a conceptual approach helps to define which direction a debate may be led in, rather than becoming a “disciplinary mud-slinging match”. These central concepts are the aforementioned change, identity, danger, trauma, and emancipation, and through her analysis, Fierke hopes to “construct and facilitate a dialogue between different approaches”. The concepts explored in the text are to be understood as essential tools for the analysis of an ever-changing world. We all have a desire to be protected by our respective institutions, but first Fierke believes we must rethink what it means to be secure. 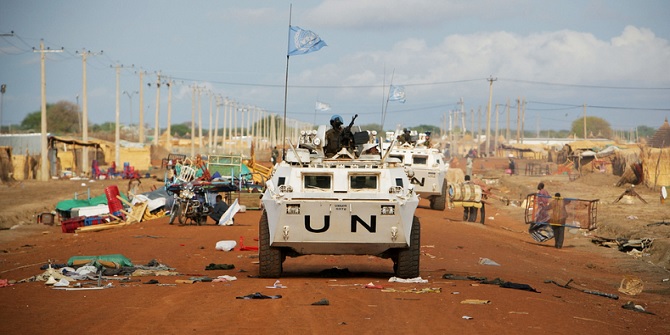 The text comprises of three main chapters; Context, Methodology, and Practice. Fierke has provided readers with an extensive bibliography section which would be extremely useful for the purposes of further research. At the end of end section, Fierke has also included her recommendations for further reading, along with discussion questions for use within the classroom. For the purposes of this short review, I shall focus briefly on The Proliferation of Concepts section from the Context chapter, and Emancipation from the Practice chapter.

As Fierke discusses throughout The Proliferation of Concepts, the politicisation of security throughout the Cold War era raised three key issues. Firstly, narrow definitions of security had led to accusations that security had become something of an ethnocentric concept (i.e. it reflected US security concerns primarily); secondly, questions were raised regarding the referent object of security (who, or what, could be secured?); finally, globalisation processes saw the emergence of new ‘types’ of security threats that transcended traditional understandings and often crossed state borders (for example, terrorism, or ethno-national conflict). Thus, security is known as an essentially contested concept (ECC); in short, security means different things, to different people depending on their historical and geographical location. Security as a concept defies precise definition because the meaning of security is subjective, and not an objective phenomenon. A realist scholar, and a feminist scholar, for example, may share a broad conceptualisation on what security is, the utilisation of force in a given society, for example, but analyse the perceived threat through different, and distinct, methodological lenses. Simply put, a realist scholar may advocate a top-down approach to security issues, and a feminist scholar a bottom-up approach. The end of the Cold War also saw what Fierke describes as ‘third world fragmentation’; the experiences of developing countries post-Cold War challenged Western-centric conceptions of security and consolidated the idea that security indeed has different meanings for different people, in different locations. Looking at security as an ECC, then, means that threats can be placed within the context of political relationships, and the linkages to other issues explored.

Emancipation, as well as being a section in Fierke’s text, is a central theme of critical security studies, as well as within feminist research, my personal area of academic interest. Emancipation, as an act, is associated with the struggle for freedom from oppression by collectives. An example would be the emancipation of African Americans from slavery. However, whether freed slaves then had a ‘better’ life under prejudicial Southern laws that relegated them to the status of second class citizens, but still remaining ‘free’ from the chains of slavery, is another discussion entirely. The idea that emancipation and security are two sides of the same coin lies at the heart of CSS discourse. Ken Booth, for example, defines security as the absence of threat, and theorises that emancipation is the freeing of people from physical and societal constraints that stop them from living their lives as they choose. Emancipation as a concept has been criticised for being too universal, too ethnocentric, and guilty of imposing Western philosophical values on other cultures. In response, the Welsh School, the theoretical school of which Booth is a member, has argued that security as emancipation aims to engage with ‘real people in real places’. As a concept, emancipation can be viewed as a positive step towards framing security as having a distinctly human face. Questions remain however; who is to be emancipated, and who will be the emancipator?

Critical Security Studies is an engaging addition to security literature, and effectively maps its core conceptual themes onto real-world security issues that will prove extremely useful to scholars, students, and readers alike. I feel that Fierke has successful emphasised the need for security scholars to clearly be able to define their concepts without necessarily being constrained by membership to a particular theoretical school. Scholars can then apply their concepts to a wide range of methodological approaches, thus continuing in the open dialogue tradition of CSS. 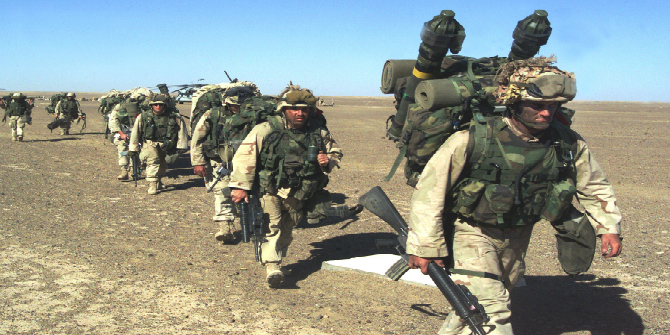