When European powers began annexing parts of Asia, the establishment of banking systems was an important part of that process. The essays in this edited collection are based on original research using primary sources in English, French, Russian, Chinese and Japanese. Jeff Roquen thinks Asian Imperial Banking History constitutes a significant contribution to the study of empire before and after the turn of the century.

At the peak of the Victorian age, the young, Mumbai-born Rudyard Kipling (1865-1936) wrote: “What else are we working in this country (India) for? For what else do the best men…die from overwork, and disease, if not to keep people alive in the first place and healthy in the second?”By the fin de siècle, Kipling would become the grand poet of the British Empire and the leading exponent of the “White Man’s Burden” – a call to “civilise” the “backward” non-white peoples of the world by introducing “superior” Western methods and technology. While many (if not most) Europeans regarded their tutelage of foreign populations as a noble mission to uplift humanity, those living under colonial rule in Africa, Asia, the Middle East, and elsewhere often experienced a less benign reality. Indeed, the price of civilisation periodically resulted in redrawn borders, enforced separation of ethnic and/or religious groups, and economic subordination if not outright exploitation.

In Asian Imperial Banking History edited by Hubert Bonin, Nuno Valerio, and Kazuhiko Yago, the under-appreciated monetary-basis of colonialism is rigorously explored in a collection of seven balanced essays. From the salient assessments of the contributors, scholars of modern world history now possess a new and profitable study on the financial underpinning of empire in both Asia and Africa – one that deserves integration into future monographs.

The relationship of money, power, and French imperial rule in Africa receives a cogent, comparative analysis by Bonin in the first chapter “French Overseas Banking as an Imperial System: A Background for Asian Developments.” Beyond propping up its colonial administrations and armies in Algeria, Morocco, Senegal, and other parts of West Africa, the French government constructed a viable economic framework to finance the lucrative export of surplus agricultural products – a task undertaken by several imperial banks including the Banque de l’Algerie and the Banque de l’Afrique occidentale (BAO).

In its role as a central bank, the BAO regulated currency and credit to bolster French trade and furnished loans to allied businesses. As for roads, bridges, railways, and communication networks – all necessary components to store, ship, and supply goods and services, “project financing” schemes were introduced to fund the development of infrastructure through bond issues.  In partnership with large-scale companies and commercial and merchant banks, France – through the BAO – was able to exert control over a significant portion of the “Dark Continent” until well into the twentieth century. 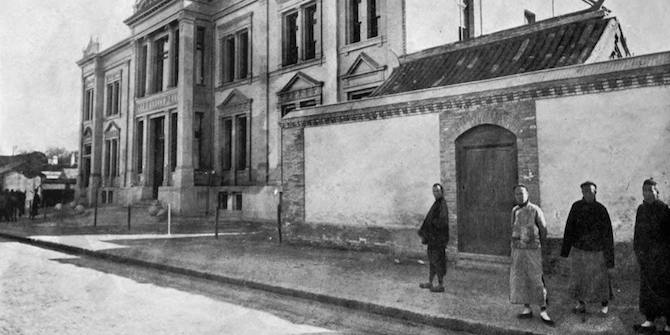 Why would rival banks open competing overseas branches and simultaneously set up cooperative correspondent networks? In chapter two, Kazuhiko Yago focuses his research on the operations and relations of the Shanghai branch of the Russo-Chinese Bank (RCB) after its establishment during the Sino-Japanese War (1894-95). Not only did the bank furnish loans to the late Qing Dynasty (1644-1912) but it also financed Russian hemp, Chinese tea, and the Trans-Siberian Railway. By the advent of the First World War, the bank had become truly international in scope – a symbol of an emerging global monetary system. Hence, its concurrent competition and collaboration with other banks was designed as a parallel “negative strategy” within the tangled web of international finance.

In her well-written article “Russian and Soviet Imperial Banking in Asia in the 1890s-1920s”, Moscow State University Professor Sofya Salomatina traces the metamorphosis of Russian finance from the Romanovs to the establishment of the New Economic Policy in the early 1920s. Prior to 1907, imperial banks amply served the Russian Empire in Persia, China, Korea, Manchuria and elsewhere as they were both less regulated than other banks and capable of issuing bank notes and coinage. In a complement to Yago’s research, Salomatina demonstrates how the very financial freedom that allowed the Russo-Chinese Bank (RCB) to dominate its rivals in fact undermined its success in the decade after the Revolution of 1905. After years of loaning money on a political rather than an economic basis, the RCB and other imperial banks experienced a debt crisis due to mismanagement and corrupt practices.

Three years after the cold-blooded murder of Tsar Nicholas II, his highly unpopular wife Alexandra (Alix of Hesse), and their five children (four daughters and one son) by the Bolsheviks on 17 July 1918, Vladimir Lenin launched the New Economic Policy near the conclusion of the Russian Civil War and reintroduced aspects of the imperial banking system into a nationalised framework.  Between its joint-stock banks (i.e. the Bank of the Foreign Trade of the USSR), the import-export expertise of Vneshtorgbank, the Iran-focused Ruspersbank, and the reach of Asiabank into Central Asia, Soviet banking proved quite formidable.

As the USSR was neither recognized by the United Kingdom nor the United States until 1924 and 1933 respectively, how did Russia’s economic and political isolation from the West specifically impact or limit Russian financial policies from Lenin to Stalin? A broader analysis that situates Soviet banking in Asia within a larger geopolitical context ought to be the next road of inquiry for Salomatina and her scholarly cohort – as heads of state in the 1920s struggled to cope with nationalist and internationalist aspirations both at home and abroad.

Accomplished essays by Niv Horesh, Tomoko Shiroyama, Man-han Siu and a particularly insightful article by Ashok Kapoor, “Challenging Imperial Banking in India: From the Legacy of Empire to Nationalistic Rules,” round out the volume.

The American novelist Mark Twain (1835-1910) once wittily quipped “The lack of money is the root of all evil.” For businesses starved of credit, economies slowed by deficient amounts of currency, and empires devoid of a functional imperial banking system, the inevitable outcome is decline and ruin. Rather than war, it is finance that more than often makes and unmakes hegemonic power. As such, Asian Imperial Banking History constitutes a significant contribution to the study of empire before and after the turn of the century.

Jeff Roquen is an independent scholar currently based in Pennsylvania (USA). 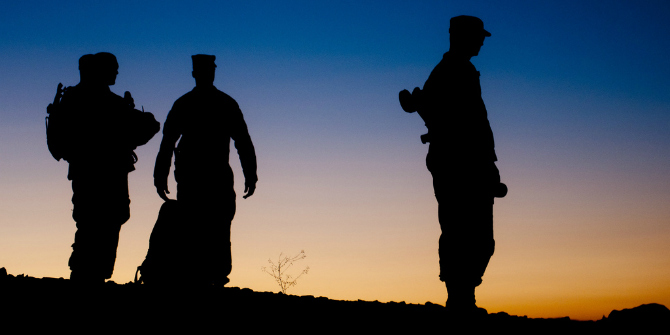