Daniel takes on the task of bridging the literature of institutional change with the one on individual behaviour. The aim of his study is to understand how the institutional changes that the EP has undergone since its inception has impacted on the sorts of careers that its members choose. Popular belief often sees the EP as a ‘retirement home’ for national politicians, or as a ‘stepping stone’ for more important and prestigious political mandates at the national level. However, the author presents another career type associated with the EP:  the careerist MEP. In other words, this is the politician that sees the EP as the prime institution to influence the European policymaking process and as an end in itself.

The author offers that there does not seem to be a unique MEP type, and in this sense the EP differs from other post-industrial democratic legislatures such as the US Congress, but the varied career-choice types identified have become more defined due to the changes the EP has gone through in recent decades. Taking an historical institutionalism approach, Daniel points to the importance of professionalisation and institutionalisation of the EP for the increasing appeal of the institution as a career setting in its own right, since its increasing legislative powers, complex committee structure, and staff support have given it increased prestige. Nevertheless, external factors beyond an institution’s prestige also influence career choices, and in this study the author identifies the organisation of national political parties – either centralised or used to working with multiple levels of government – as crucial in determining whether an MEP will make a long-term career in the EP or use it as a stepping stone for a national position.

The main contribution to the literature that Career Behaviour and the European Parliament makes is to create a single theoretical framework that can predict under which circumstances an MEP will behave in one of the ways earlier exposed: use the EP as a temporary springboard for a position at the national level or consider the EP as a long-term career setting.

The way that the author supports his arguments is the greatest strength of this book. In order to test his hypotheses, Daniel compiles a dataset with demographic, political affiliation and career information of every MEP that has served in the European Parliament since it was first elected in 1979 (roughly 5,000 members). This means that changes in time and across each electoral wave can be easily detected not only in terms of career behaviour, which is the study’s goal, but also on more basic information such as political affiliation or even average age. For instance, Daniel finds that the average age of MEPs has remained fairly the same since its inception, which dispels the myth of the EP as a ‘kindergarten’ for aspiring young politicians or a ‘retirement home’ for national aged politicians. This huge and comprehensive dataset can be used in future research for multiple purposes and added to as new electoral waves of MEPs occur.

Finding that the number of recurring MEPs (i.e. politicians that see the European Parliament as a long-term career) is at an all-time high (59.42% in 2014 from 49.3% in 1994), the author sets out to find out why. He finds support in his data for the positive effect of the increasing professionalisation and institutionalisation of the European Parliament in the seeking of re-election by MEPs. As the institution increases its legislative powers and institutional capacity, so does its prestige and appeal, leading more MEPs to seriously consider their membership as a career in itself. Nevertheless, and because the power and prestige of the EP is not the sole determinant in MEPs making a career choice, Daniel turns to the different political party organisations in different member states as an additional explanation of why some MEPs are more likely than others to make long-term careers.

Apart from the impressive data collection effort and quantitative analysis to support his arguments, the author has interviewed a few dozen MEPs to help make sense of the results and to analyse in more depth three national delegations: France, Germany and Poland. France and Germany, albeit similar in size of national delegation in the EP and both founding members of the then European Coal and Steel Community, are examples of opposite ways of organising national parties, with France having highly centralised parties, and Germany having decentralised parties that operate at the local level. The argument put forward is that political parties that are used to working at national, regional and local levels and having different sets of candidates for each, such as Germany, are much more likely to treat the EP as just another political level and also have a different set of candidates which are specialised and/or have an inclination to that particular arena than countries whose political parties are highly centralised and that try to funnel candidates to the most sought-after and prestigious level – the national – such as France.

In the case of Poland, it is not as clear what the author intended to clarify by studying this national delegation in more depth. The way Polish political parties organise are quite dependent on strong political figures and how Polish MEPs often use the EP as a political platform for domestic interests may hint at more varied and difficult to predict career-type models within the EP in the future.

Finally, in this study Daniel also investigates the strategies used by MEPs to further their careers within the European Parliament. The author finds that seniority and education are two factors that impact greatly on the level of influence one can have within the EP, measured by the rapporteurships an MEP gets during their mandate. This raises the question of whether power within the institution representing one of the largest polities in the world is actually getting concentrated in the hands of a few highly-educated, long-term careerist MEPs coming disproportionately from a few countries. The author hints early on in the book at how this can link with discussions of the democratic deficit of the European Union, although the lack of further discussion on it at the end of the book is perhaps the biggest disappointment in an otherwise innovative, clear and highly comprehensive study on the career behaviour of MEPs.

Sara Reis is currently a PhD candidate at the department of Politics of the University of Sheffield. Her research focuses on gender mainstreaming in the European Union and its impact on transnational organisations advocating for women’s rights. Sara holds an MA in European Studies from King’s College London and a BA on Political Science and International Relations from New University, Lisbon. 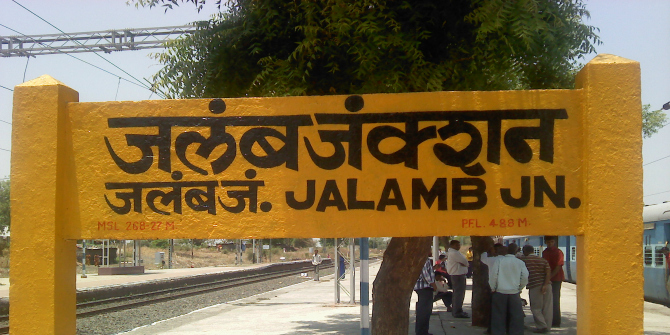