Book Review: Class by Will Atkinson

Book Review: Class by Will Atkinson

In the short volume Class, Will Atkinson offers a concise yet thorough engagement with different theoretical conceptualisations of class by key thinkers before discussing its concrete, practical applications. Despite the book’s succinctness and particular focus on Pierre Bourdieu above other theorists, Chris McLachlan praises its precise and comprehensive traversal of various aspects of class analysis research. 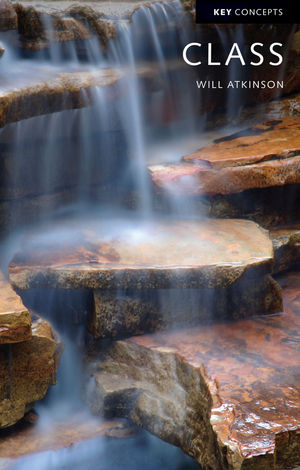 The BBC’s Great British Class Survey of 2013, designed by Professors Mike Savage and Fiona Devine (London School of Economics and University of Manchester, respectively), re-ignited popular interest in models of class structure and the importance of class to contemporary society. Thousands completed the survey, before being assigned to one of seven ‘new’ classes. Clearly, the notions of ‘working’, ‘middle’ and ‘upper’ class (see the famous ‘Two Ronnies’ sketch) are tired and outdated ways of describing how economic inequalities may be accentuated by our social and cultural differences. One thing is certain: class is both conceptually and empirically complex.

Will Atkinson offers a short, concise volume that travels through prevailing understandings of class analysis research. The book’s length (207 pages) is perhaps initially disconcerting given the perceived complexity of the topic. This is, however, testament to Atkinson’s ability to deliver the key ideas in a clear and precise fashion, rather than a concern for any misrepresentation of the complexity of class. The splitting of the volume into two parts is an effective structuring technique, with the first part charting different conceptualisations of class, before Atkinson deals with the concrete, practical applications of class in the second.

The first part, inevitably, covers the key theoretical frameworks and thinkers in class analysis research. These refer to class as ‘exploitation’ (Karl Marx, Erik Olin Wright), class as ‘life chances’ (Max Weber, John Goldthorpe, Nuffield School) and class as ‘misrecognition’ (Pierre Bourdieu), with the section ending on a chapter on the intersectionality of class with other forms of inequality relating to gender and ethnicity. These opening chapters address both the ontological and epistemological dimensions of class: what is class and how do we study it? One of the key messages here is that the Marxist – and, to some extent, the Weberian – analysis of class has lost traction and is in decline, making way for more Bourdieusian analyses that offer greater space for social and cultural differences (‘capitals’) in the debate. Whatever side of the argument you fall on, the notion of class is clearly alive and well.

An influential development in the field was neo-Weberian Goldthorpe’s class schemata. The focus here is on occupation status and the type of employment relationship one is engaged in: labour contracts or service relationships. Seven levels of class are identified, which are then aggregated into three classes of ‘working’, ‘intermediate’ and ‘service’ class. The overarching determinant of class, then, is dependent on one’s occupation and employment relationship. Clearly this is problematic – as is also the case in Guy Standing’s recent notion of the ‘precariat’, where one’s status is linked to insecurity in the labour market – as it fails to account for the socio-cultural lifestyle choices individuals make. How would a semi-skilled factory worker who spends their weekends listening to classical music and eating foie gras fit into this scheme? 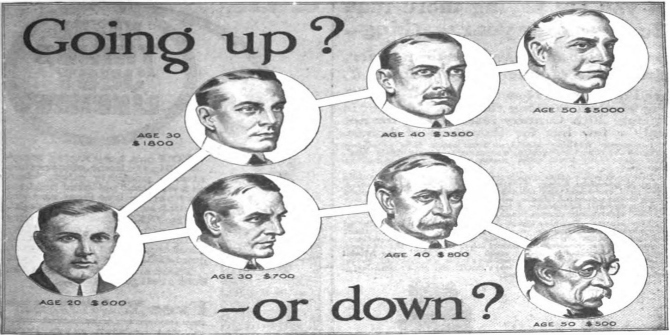 Image Credit:  Illustration from a 1916 advertisement for International Correspondence Schools, Scranton, Pennsylvania, a vocational school, in the back of a US popular science magazine (Wikipedia Public Domain)

Some of the most insightful passages in the book come in the second part, however, where Atkinson illustrates the real-life consequences of class in society by considering its role in social (im)mobility, education, health and politics. Up to this point it is tempting to question whether our public, mainstream understanding of class is based on the premise that we all aspire – particularly the lower classes – to be a part of a higher class. There is the suggestion that the notion of upward social mobility has been inappropriately romanticised as the panacea to all of society’s ills. Do we all really want to shoot up the class scale? Clearly not. Atkinson makes this point implicitly, with the issue of social mobility tackled in the book through a critique of Western governments’ emphasis on meritocracy, as opposed to an individual’s background, by considering how much and what type of mobility actually occurs between classes.

The relevance of class to contemporary society comes into greater focus in the chapters on education (Chapter 7 on ‘Educational Reproduction’) and health (Chapter 6 on ‘Health, Life and Death’). It is in these areas, arguably, where the consequences of class inequalities are the most strongly felt. Basically, the chances of obtaining a top education and living in a stable, healthy condition are not the same ‘for a lawyer and a labourer’ (160). This boils down to a power struggle between the levels of economic capital (wealth, financial resources) and cultural capital (intelligence, education) that one holds. It is not the existence of these capitals that is the problem per se, but rather the extent to which ideas within these capitals are dominant and are imposed on the dominated. In essence, a lifestyle involving fine dining, attendance at a grammar school and ski holidays is deemed as being inherently more legitimate than comprehensive schools and pie and mash.

The language used by Atkinson is very directed, as the book is so overwhelmingly pro-Bourdieu that the discussions can be almost cult-like. For example, terms like ‘capitals’ and ‘dominated’ and ‘dominant’ ensure a consistent Bourdieusian discourse throughout the book. This is acknowledged by Atkinson as the analysis of Bourdieu tends to play an amalgamative role as a counter-balance to earlier conceptualisations of class from the likes of Marx and Weber. Indeed, Bourdieu’s notion of capitals (economic, social, cultural) allows for a more diverse consideration of how class is understood and the iterations of its production. What is important to remember, however, is that our ‘social space’ involves a necessary overlapping of these capitals and at varying degrees of intensity – did I mention that class is complex?

The book closes out in typical Bourdieusian fashion with a quote worth repeating here: ‘[…] to deny the existence of classes is, in the last analysis, to deny the existence of difference’ (183). It is this acceptance of difference that we must all be aware of, as our differences are not (always) simply freely chosen forms of self-aggrandisement. Rather, they are conditioned and reproduced through societal structures and the environments we inhabit. For that reason they are not sources of discrimination, but sources of celebration, despite the ‘dominants’ urging us to think otherwise.

Chris McLachlan is a PhD student at University of Leeds in the Centre for Employment Relations Innovation and Change. His doctoral research explores restructuring processes in the steel industry, particularly focusing on how organisations ameliorate the negative impacts of job loss. He can be followed on Twitter @c_mclachlan89. Read more reviews by Chris McLachlan.