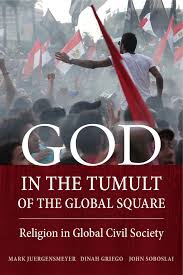 A filtered product of workshops and discussions spanning five years (2010-14), crisscrossing continents and written by three authors including distinguished scholar of religion Mark Juergensmeyer, God in the Tumult of the Global Square: Religion in Global Civil Society gives an insight into religious lives across the world.

Over the last decade, much effort has been expended to show emphatically that religion is alive and thriving in contravention of the much-vaunted secularisation thesis of the twentieth century. A logical corollary to such a situation would be to look at how this is happening across the globe or, as the authors put it, to ‘take temperature’ of religion and its possible capacity to provide resources for global civil society. This book is a collection of insights drawn from scholars and activists across the world, bringing many assumptions into focus, unsettling them and further complicating our understanding of religion in the contemporary moment at a global level.

With the onset of enlightenment thought, a particular concept of religion was created alongside two different spheres: the public and the private. The implications of this self-appointed job for secularity were considerable:

If religion was seen as a private experience that meant that the task of providing for social morality and communal cohesion was transferred to secular society. It has been a heavy weight to bear (23).

Though this demarcation has never been uniform across the world, a key question is what prompted religion to spring into action by the end of the twentieth century. The authors point to two interrelated aspects: namely, the loss of faith in secular nationalism, which thereby swaps positions with religion, and the globalisation process (21). Thus, ironically, loss of faith was replaced by faith in religion.

With disillusionment in secular nationalism and secular apparatuses by the late twentieth century, religion provides an alternate locus of identity. In contemporary times, three areas have been impacted by this: identity, accountability and security. Amidst the erosion of boundaries and competing voices of authority and morality, religion acts as a beacon and a rudder for many. In this vortex of chaos, religion can be a harbour of stability, but can also function as a source of further insecurity (52). Stability can also come at a cost made manifest, according to the authors, in the potent mixture of religion and politics.

The religion of the pre-enlightenment era was markedly different from that of the twenty-first century, having the capacity to accommodate a plurality of identities. For the authors, the new religiosity is marked by narrowness and exclusivity, preventing it from filling the role of the much-harangued and rejected secular nationalism (54). 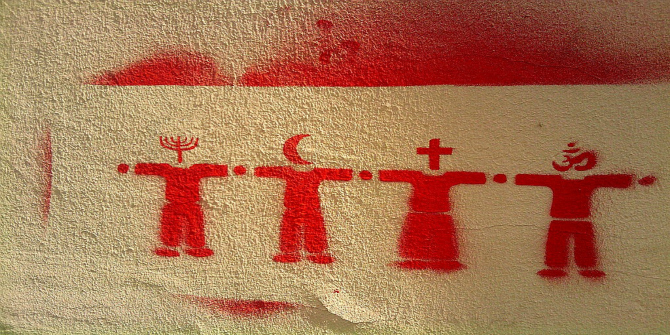 While stating that secularism is polyvalent as well as polysemic (22, 24), there is an emphatic tone throughout the book that dubs any collusion of religion and politics as unpalatable. The authors go to great lengths to show the amicability of religion in a civil atmosphere at local and international levels, while strongly eschewing any idea of it merging with politics. Thus, post-secularism – which recognises the persistence of religion and provides a voice for religion at the table of politics – is not recognised and given rather short shrift.

While the ethical and adhesive properties of religion are brought out, since religion also purportedly lacks the apparatuses of the secular state to address myriad identities and groups, for the authors a truly global religion is one that espouses peace, the separation of religion from politics and eschews violence: ‘In many ways, Ahmadiyya exemplifies a modern, global religion. It reaches across borders, preaches peace and unity, and speaks out against violence of any sort’ (75).

The breakdown of traditional structures of religious authority has led to changing forms of religiosity (60), where people realise that there are many ways to be faithful without being wedded to institutions and structures. This space has also given an opportunity for tele-evangelists and new religious groups who provide meaning and keep identities anchored. According to the authors, while tele-evangelism is harmless, it is the overt transition of religion into politics that makes it a dangerous cocktail (72). Thus, a benign religion would be one that is nonpolitical and concerned only with the personal piety of the believers.

Mentioning an Al-Azhar University student’s idea of a civic state that is grounded in religion, the authors opine: ‘Clearly these protestors were searching for a middle ground between their faith and their desire for a modern, democratic nation’ (81). Thus, for the authors, any notion of a political system taking inspiration from a religious narrative is irreconcilable with a modern democratic nation and is tantamount to a ‘middle ground’. Taking note of the Iranian thinker Abdolkarim Soroush (94), the authors argue that religious leaders are for disentangling religion from politics, yet make no mention of thinkers such as Rached Ghannouchi or the current Tunisian political system, which allows a greater role for Islam in the public sphere and does not baulk from embracing, espousing and upholding the democratic values enshrined in its constitution.

But, once again, for the authors post-enlightenment religion and religiosity, with their shifting nature, are well-attuned to the project of global civil society but cannot render themselves useful for political projects. In total, God in the Tumult of the Global Square brims with insights on every other page. It shows how global civil society grounded in shareable religious culture is feasible, combining voices from across the globe. It brilliantly maps the cultural lives of religion across the world with lucidity, but falls short of offering the same kind of analysis to post-secular projects.

Nagothu Naresh Kumar is a graduate student at Central European University, Budapest. His research interests include religion and global politics, intellectual history and anthropology of religion. He is also a contributing scholar at State of Formation. 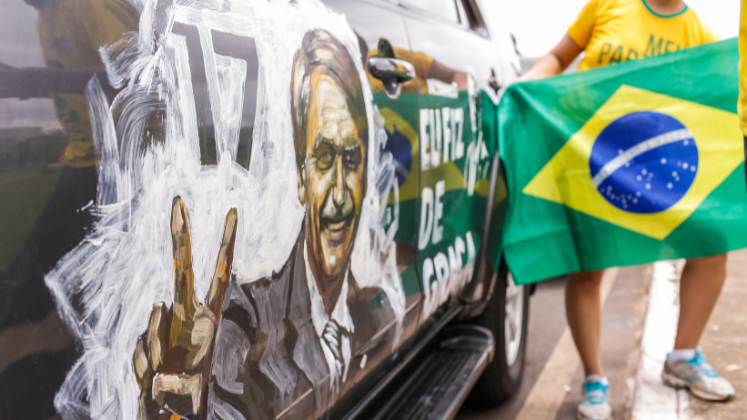