Book Review: The Existentialist Moment: The Rise of Sartre as a Public Intellectual by Patrick Baert

Book Review: The Existentialist Moment: The Rise of Sartre as a Public Intellectual by Patrick Baert

The Existentialist Moment: The Rise of Sartre as a Public Intellectual. Patrick Baert. Polity. 2015. 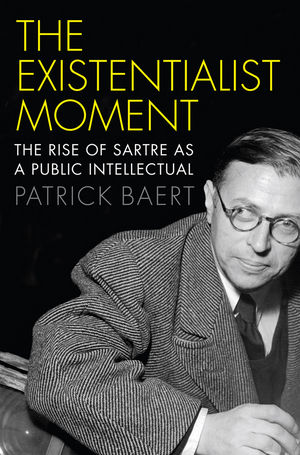 In The Existentialist Moment: The Rise of Sartre as a Public Intellectual, Patrick Baert sets out to account for the phenomenon of Jean-Paul Sartre, the ‘quasi mythical figure’ and brightest star in the French post-war constellation of existentialist thinkers and writers (12). This expansive and thorough account of Sartre’s sudden rise to fame and the socio-political context that contributed to its possibility finds its home in a larger project of Baert’s: namely, a sociology of intellectuals pursued via the application of positioning theory. This is a theoretical orientation that maintains that it is ‘through their work that writers position themselves intellectually and that this positioning affects whether their ideas are taken up by others and, if successful, how they are adopted’ (16). Baert’s book is thus at once a work focused specifically on Sartre and, more broadly, on the role of the public intellectual in general.

The Existentialist Moment focuses on the period of 1944-47 when Sartre rose to public prominence. Baert chooses to call this the ‘existentialist moment’ for it is during this span of time that Sartre’s brand of existentialism ‘caught the public’s imagination’ (1). According to Baert, the question posed to us by this moment of intellectual history is twofold: firstly, in terms of timing, why did Sartre and his philosophy achieve such acceptance during this particular moment and not before or after? Secondly, in terms of existentialism’s philosophical substance, why specifically was it ‘Sartre’s existentialist movement that was so successful in gaining popularity’ (2)?

Baert answers this question by turning his attention to the socio-political climate of mid-1940s France. It is in light of both the power struggles between French intellectuals during and after the Second World War and Sartre’s role in specifically addressing the cultural trauma brought about by the conflict by way of his philosophical works that Baert accounts for Sartre’s intellectual success and popular fame. Baert has given us a detailed and rich account of Sartre’s climb to intellectual distinction and celebrity as well as the climate and context that made this rise possible. 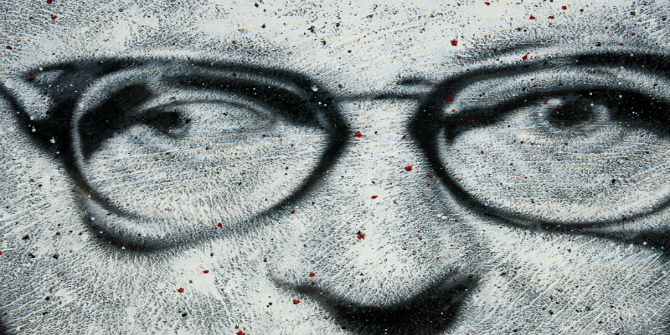 The book is divided into three main sections: the first lays the socio-political groundwork for Sartre’s ascension; the second focuses specifically on Sartre’s rise to the role of the French public intellectual; and the third offers both a synthesis of the chapters that comprise the second part and a discussion of the larger theoretical framework that makes the text possible. To Baert’s credit, the work is so exhaustive and meticulous in its treatment of its two central questions that it is difficult to do its breadth justice. I will therefore introduce the key moments that comprise each of the seven chapters.

To set the stage for Sartre’s and existentialism’s unprecedented rise in popularity, Chapter One, ‘Occupation, Intellectual Collaboration and the Resistance’, shows how the German occupation and corresponding collaboration among French intellectuals during the early- to mid-1940s ‘altered the cultural arena substantially’ and, in turn, ‘accentuat[ed] already existing divisions’ within the contemporary intellectual community (21). The second chapter analyses the effects of the purge of French collaborationist intellectuals on the intellectual post-war community at large. These opening chapters offer a nuanced and meticulously researched portrait of the pre-and-post-war intellectual community in France and thus prepare the reader for the chapters to come. Most interestingly, Baert shows us that in the face of the occupation, there sprang up a ‘sensitivity to the political dimensions of writing’ and to the often overlooked ‘elements of choice and responsibility’ involved in intellectual professions: writing was no longer ‘merely the material trace of something ethereal’, but instead ‘an act which does something’ (48).

The book’s third chapter, while broadly interested in the intellectual shifts in the wake of the aforementioned purge, focuses specifically on three of Sartre’s journalistic pieces which echoed the French post-war zeitgeist (22). 1944-45 saw the publication of three of Sartre’s most significant works of journalism: ‘La République du silence’, ‘Paris sous l’occupation’ and ‘Qu-est-ce qu’un collaborateur?’  All three were a ‘celebration of the Resistance’ that at the same time expressed ‘the disorientation, distress and pain of living in France under the occupation’ (87). While these centred around existentialist themes such as Freedom and Bad Faith, it is important to note that Sartre used existentialist jargon ‘very subtly’, if at all, and thus introduced its themes to the public in a palatable manner (89).

‘The Autumn of 1945’ in turn focuses on the central importance of this period, which witnessed the launch of Les Temps modernes, a politico-literary journal with a contemporary focus, and Sartre’s seminal public lecture ‘Existentialisme est un humanisme’ [‘Existentialism is a humanism’]. This fourth chapter discloses how the autumn of 1945 saw Sartre’s ‘meteoric rise to prominence’ (91). As both the occupation and the intellectual purge ‘created unprecedented opportunities for new journals’, Baert shows how Sartre and associates seized on this opportunity when launching Les Temps modernes (97). Sartre’s public lecture at the Club Maintenant on the evening of 29 October 1945 only further solidified his position as the most prominent French public intellectual as it offered him the chance to give a ‘selective reading of his own unique vision of existentialism’ while, most importantly, simplifying and altering the ideas developed more fully in L’Être et le néant [Being and Nothingness] so as to make them ‘fit the[ir] new socio-political context’ (109). This chapter also astutely analyses how Sartre’s rise to importance was furthered by his network of ‘strong ties’, namely relationships with fellow intellectuals characterised by ‘emotional intensity and intimacy’ (109).

Chapter Five examines two key moments in Sartre’s intellectual output between 1946 and 1947: the publication of his theoretical work Qu’est-ce que la littérature? [What Is Literature?] and an application of this theoretical framework in the form of his Réflexions sur la question juive [English translation: Anti-Semite and Jew]. It is by virtue of these two works that Sartre was able to position himself as an authoritative public intellectual, a ‘generalist with a strong moral voice, commenting on a wide range of issues without methodical analysis’ (132).

‘Rise and Demise: A Synthesis’, Chapter Six, offers readers a synthesis of Baert’s work and provides a multifaceted explanation for the rise of Sartre and existentialism in the mid-1940s. ‘Explaining Intellectuals: A Proposal’, the final chapter of the book, rounds off the text and provides a precise rendering of the positioning theory of intellectuals which remains implicit throughout the book. On its own, this chapter is a worthwhile read for anyone interested in the sociology of public intellectuals.

Baert ends his work on a sobering note: ‘it is important’, he urges, ‘to recognize that Sartre was a particular type of public intellectual’ and, in turn, epitomised ‘a specific form of public engagement’ which ‘is no longer quite viable today as it was back then’ (184). Sartre, ‘the authoritative public intellectual’, was ‘endemic to a particular social setting which is no longer prevailing’ even in a country like France, the traditionally fertile breeding ground for public intellectuals (189). And yet, hope is not lost – as Baert demonstrates in the final pages of The Existentialist Moment, different though they may be from Sartre’s, ‘new forms of public engagement have come to the surface’ (189).

I urge readers to dedicate the time necessary to work through this comprehensive and rewarding text. Given its exhaustiveness, the interdisciplinary nature of its examination and the original contribution it makes to such fields as sociology, literary theory and philosophy, Baert’s The Existentialist Moment ought to be hailed as a significant and praiseworthy work of scholarship.

David Warren Grunner, a doctoral candidate at Fordham University, teaches literature and philosophy at Regis, a Jesuit preparatory school in New York City. Interested more broadly in nineteenth- and twentieth-century Continental thought, his research is focused primarily on the intersection between phenomenology and philosophy of literature. He is currently completing his dissertation, ‘Singing the Body Electric: Merleau-Ponty’s Philosophy of Literary Language’. He tweets at @davidwgrunner. 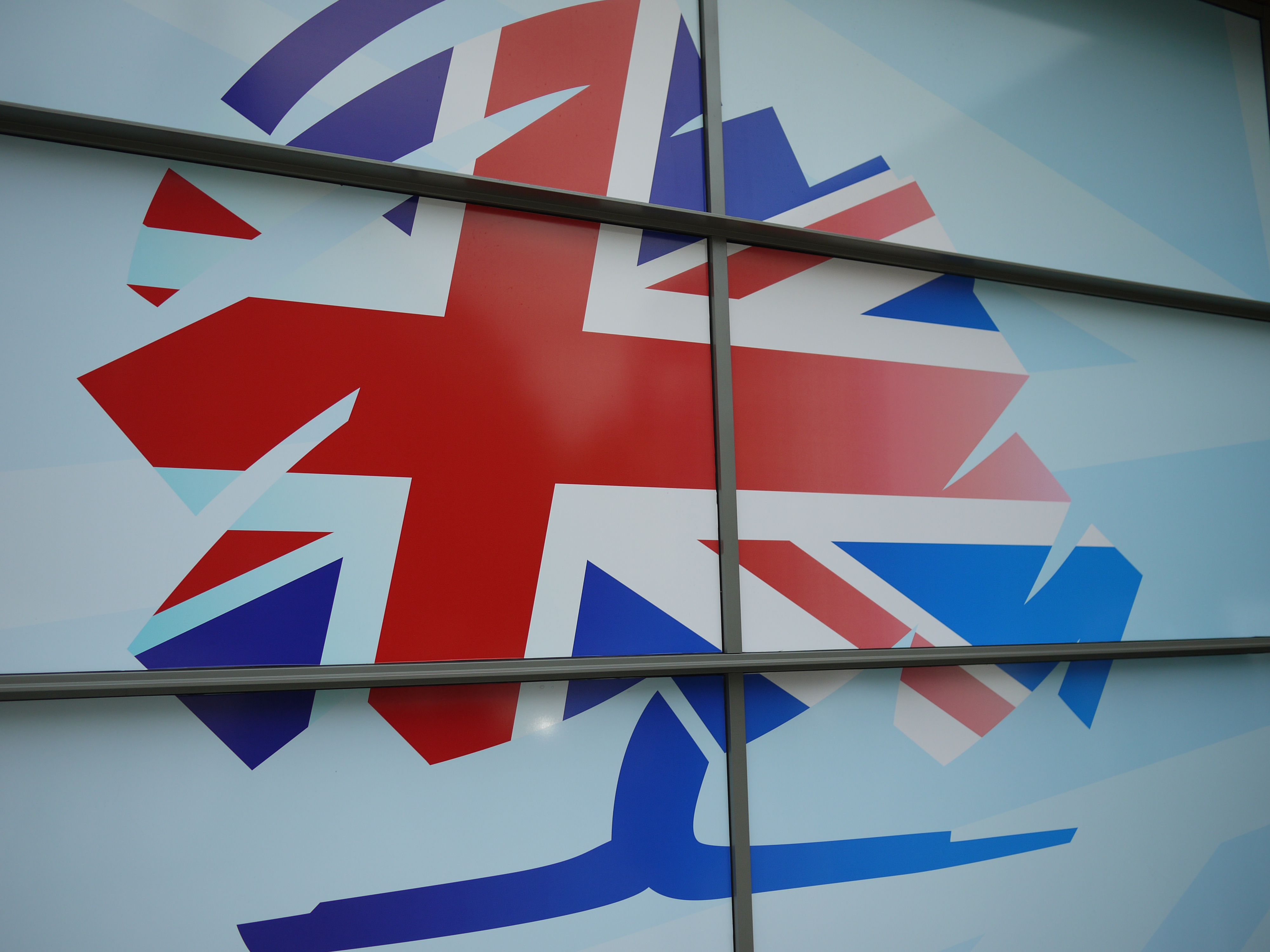