Authored by Helen Pearson, The Life Project: The Extraordinary Story of our Ordinary Lives concerns British birth cohort studies: a unique set of longitudinal studies that commenced in 1946, tracking generations of babies from birth to death. As the studies yield fascinating and vital insight into issues of health, education, childhood and the impact of deprivation, Jacqueline Baxter finds this absorbing book essential reading, with Pearson underscoring the significance of the birth cohort studies in a clear and accessible manner.

If you are interested in this review, you may like to listen/watch a recording of Helen Pearson’s lecture, ‘The Life Project: The Extraordinary Story of 70,000 Lives’, recorded on 22 March 2016.

The Life Project: The Extraordinary Story of our Ordinary Lives. Helen Pearson. Penguin. 2016. 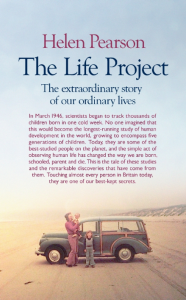 The Life Project: The Extraordinary Story of our Ordinary Lives is a book about British birth cohort studies: a unique set of longitudinal studies that track generations of babies from birth to death. Beginning with the first in 1946, the studies originated out of conversations held as far back as 1936 into the low birth-rate at the time. Since then, their numbers and scope have grown, along with their capacity to yield extraordinary findings about health, education, childhood and the impact of early deprivation on individuals’ lives.

Perhaps the most striking aspect of The Life Project is the fact that such life-changing and influential projects should for so long have been occluded from the public gaze. The second, yet no less gripping, facet of the book is the seemingly endless capacity of these studies to respond to so many different research questions and areas. As an education researcher you become accustomed to the necessarily partial nature of research – very often investigations focus on the effects of a single factor on the lives of students. Helen Pearson’s account details how, from the seed of an idea born in 1936 over concern over low birth-rates in Britain, the cohort studies, with their multi-dimensional insights, break down traditional barriers between the sciences and the social sciences, rendering them cross-field ground-breakers on an international scale.

The clue to the content of this absorbing book lies in the title: it is indeed a ‘story’– one that grips you from the very first page. Pearson, with her journalist’s instinctive flair for storytelling, offers a wealth of minute detail not just about the cohort studies themselves, but also on the lives and personalities of these ‘fearless’ folk that took on such incredibly challenging projects. Through the lens of the studies, we learn how these individuals employed the technologies available to them – from simple card indexes and tabulating machines in 1947 to the vast array of data analysis tools at the fingertips of Professor Carol Dezateux as she embarked on the largest and most ambitious cohort study in history in 2012. 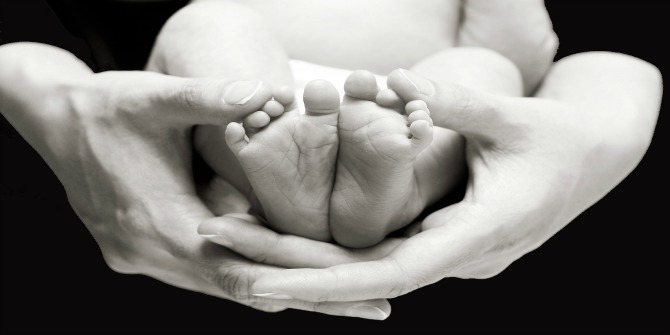 ‘Starting birth cohorts is like the process of birth itself. At the time, it is so extraordinarily painful that no one ever wants to go through it again,’ writes Pearson at the beginning of Chapter Eight. This chapter, more than any other in the volume, offers the most insight into how studies that not only transcend the electoral cycle, but in many instances also outlive most of the researchers working on them, engender enormous political and social challenges. The chapter continues by describing how under the influence of Ian Diamond, a firm aficionado of cohort studies who took over as chair of the ESRC (European Social Research Council) in 2003, scientists pitched a ‘big bold scientific scheme for social science’, one that would finally convince the government to support the most ambitious birth cohort study to date, simultaneously placing social science firmly back on the funding agenda.

As the book explains, governments are not keen on cohort studies: they fail to offer the kind of short-term solutions that boost politicians’ election prospects. But scientists involved in proposals for the 2012 cohort cannily sold it on the back of the London Olympics; and this, combined with a sympathetic minister for Universities and Science who saw cohort studies as a ‘good fit’ with the government’s aspirations for tackling the lack of social mobility, resulted in £33.5 million of grant funding.

Yet, as the chapter goes on to report, the project, in spite of having political and financial backing, went on to be a failure, one marked by the withdrawal of support from the ESRC, some £9 million into the project. In seeking to recruit more women than ever before for the study (80,000 babies compared to a mere 13,687 in the 1946 cohort), the scientists had failed to take account of the very different social mindset of the women they sought to involve. In the post-war period, the research had been contained enough to be carried out by official health visitors as part of their post-birth duty visits. Conditioned by the war-time spirit of ‘doing your bit’, not to mention responding to authority figures, the first study in 1946 resulted in data which encompassed a staggering 91% of babies born in the allotted week. Yet, six months into the 2012 study, different mindsets, cuts to post-birth support and more working women resulted in a mere 1.5% response rate.

One of the most interesting facets of the book for me are the glimpses Pearson gives us into how the lives of the individuals involved contribute to the wider understandings offered by the research. A very powerful example of this occurs in Chapter Two, in which we encounter Patricia Palmer, one of the first babies to be born to the 1946 cohort of mothers. Born into a deprived family, the chapter catches up with her as she prepares to sit the contentious 11-plus examination. Beginning with a powerful description of Patricia’s failure at the exam, we are introduced first-hand into the reality of what the government at the time (and indeed successive governments since then) envisioned as ‘society’s great equalizer’. As Dr James Douglas’s 1946 cohort study confirmed, the whole system that developed after World War Two is far from free of the influential class system so deeply entrenched within the British psyche. As the chapter moves from the personal to wider implications of the study, it explores how the cohort study became the catalyst for the birth of the comprehensive system and the idea of progressive education, which began with The Plowden Report in 1967 and which continues to provoke bitter battles in the field of education today.

Although this account of the significance of the birth cohort studies encompasses the many contributions they have made to the fields of health, aging and parenting, the most powerful aspect for me is the contribution that they have made, and continue to make, to our understandings of the effects of social inequality and its implications for the life cycle and achievements of individuals. Unlike the myriad useful but essentially partial studies into schools and their effects on social mobility, the cohort studies prove beyond any shadow of doubt that intractable problems that result from deprivation continue to blight the lives of individuals born into poverty throughout the life cycle.

This, amongst the many other positive insights gained through such studies, reinforces the need for them to continue, and for the continued persistence of those who carry them out in the face of avalanches of political, social and economic obstacles. As such, The Life Project is not only fascinating, but also represents a valuable contribution, bringing cohort studies and their power to public attention in a clear and accessible manner. It  is essential reading for social scientists, policy-makers and anyone who still labours under the misapprehension that we live in a fair and equable society.

Dr Jacqueline Baxter is Lecturer in Public Policy and Management in the Department of Public Leadership and Social Enterprise, The Open University Business School. She is the author of School Governance: Policy, Politics and Practices, columnist on The Conversation and editor of the BELMAS blog. Her research interests lie in the area of public service governance and strategy and she is currently working on an edited collection for Springer which focuses on the effects of school inspectors in Europe on policy implementation and formation.

Posted In: Britain and Ireland | Gender and Sexuality | Health and Wellbeing | Sociology/Anthropology 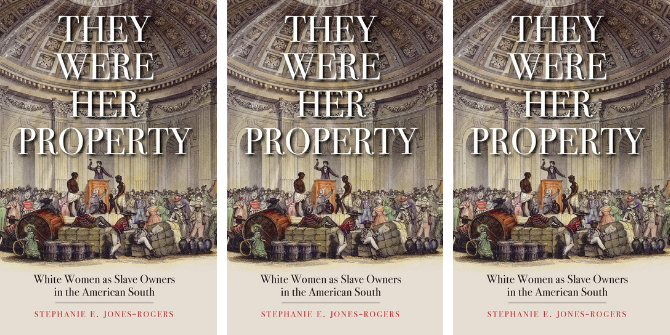