Book Review: The Al-Qaeda Franchise: The Expansion of al-Qaeda and its Consequences by Barak Mendelsohn

Book Review: The Al-Qaeda Franchise: The Expansion of al-Qaeda and its Consequences by Barak Mendelsohn

In the decade after 9/11, al-Qaeda expanded its operations to several new arenas, whilst at the same time its central command experienced the severe impact of the US-led invasion of Afghanistan and global counter-terrorism efforts. In The Al-Qaeda Franchise: The Expansion of al-Qaeda and its Consequences, Barak Mendelsohn explains the connection between al-Qaeda’s post-9/11 setbacks and its decision to pursue an expansionary strategy of franchise building. Joe Devanny commends Mendelsohn’s theoretical approach, which helps readers to understand the decision-making process of terrorist organisations contemplating expansion.

The Al-Qaeda Franchise: The Expansion of al-Qaeda and its Consequences. Barak Mendelsohn. Oxford University Press. 2016. 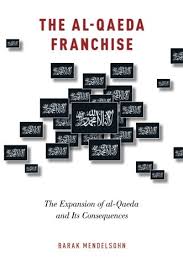 For many people, the word ‘franchise’ conjures connotations of fast food. Shifting the franchise concept from Big Macs to Bin Laden, Barak Mendelsohn’s The Al-Qaeda Franchise: The Expansion of al-Qaeda and its Consequences highlights the value of a theoretical approach to the question of how and why terrorist organisations decide to expand.

Whatever the organisation, decisions about whether or not to open a new franchise can have both operational and declaratory meaning. Assessing which of these is the primary motive requires an understanding of the context and a framework for analysing the role played by competing or overlapping objectives. Sometimes expansionary decisions are made from a position of strength. Other times they are a sign of weakness, a means of keeping an organisation in the news when its operational capability or sub-par performance no longer merits the headlines it needs to uphold its brand value and further burnish its reputation.

This might seem counter-intuitive, a risky reason for an organisation to decide to expand, but Mendelsohn argues that it is an accurate explanation of why al-Qaeda chose, after the 9/11 attacks, to branch out by creating franchises in several different arenas.

Mendelsohn underpins his argument with a sensibly structured, theoretical approach to help readers understand the decision-making process of terrorist organisations contemplating whether and how to expand. He distinguishes between four different modes of expansion: absorption; branching-out or franchising; unification; and the creation of an umbrella group (or ‘front’). 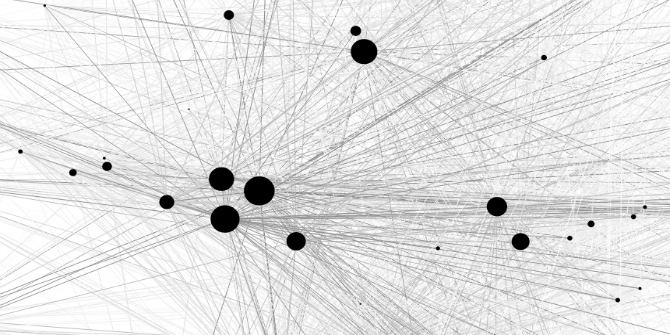 Created in 1988, al-Qaeda set itself apart from other jihadist groups in concentrating its attacks on the ‘far enemy’ of the United States rather than the ‘near enemy’ of governing regimes in majority-Muslim nation states – a distinction explained in Fawaz Gerges’s The Far Enemy: Why Jihad went Global. Al-Qaeda’s attacks targeted the US, at first overseas (e.g. the 1998 bombings of US embassies in Kenya and Tanzania, and the 2000 attack on the USS Cole), and then by executing the 9/11 attacks.

Willingness to fight the ‘far enemy’ was a necessary but not sufficient condition for a jihadi group to be accepted by al-Qaeda. Mendelsohn explains that it has also usually been necessary for a group to be the dominant jihadi organisation in its sphere of operations: al-Qaeda likes to pick winners, although the situation of Jabhat al-Nusra in Syria is different, where ‘al-Qaeda went to great pains to depict itself as a multiplying force rather than a competitor to the other rebel groups’. (It is also possible to see this flexibility in al-Nusra’s recent rebranding, as Jabhat Fatah al-Sham, and its concomitant public disavowal of its affiliation to al-Qaeda.)

Prior to 9/11, al-Qaeda had pursued different strategies for expansion: in 1998 it coordinated a broader jihadi umbrella group, the not-so-snappily-named ‘World Islamic Front for Jihad against Jews and Crusaders’, and formally merged with Ayman al-Zawahiri’s Egyptian Islamic Jihad in mid-2001 after Zawahiri’s group suffered several years of severe operational and financial setbacks. But in the years following 9/11, al-Qaeda started to adopt the franchise model, beginning with Saudi Arabia in 2003. Rather than representing a triumphal expansion following 9/11, Mendelsohn attributes al-Qaeda’s franchise turn to its organisational weakness.

9/11 successfully provoked a response from the US, but Mendelsohn argues that al-Qaeda was unprepared for the scale and intensity of that response in the form of the invasion of Afghanistan: ‘Nearly decimated by the US attack, al-Qaeda encouraged its affiliates and existing cells outside Afghanistan to carry out attacks against Muslim regimes and Western targets, while al-Qaeda was preoccupied with its survival in Pakistan’s tribal areas.’ 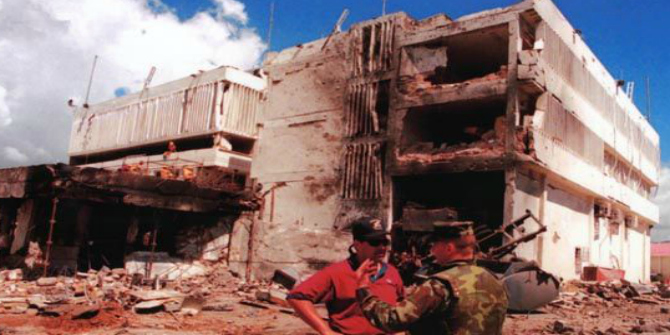 Whilst the invasion dealt a severe blow to al-Qaeda’s central command, Mendelsohn contends persuasively that the next US-led invasion (Iraq, 2003) had precisely the opposite effect: it ‘redirected US operational and intelligence assets from Afghanistan to Iraq, providing al-Qaeda and the Taliban breathing space (that would later result in a comeback) and ammunition for its propaganda campaign.’

Taken together, Mendelsohn’s case studies produce a nuanced narrative, explaining why al-Qaeda made rushed and counter-productive decisions (Iraq), and also slower, more cautious but still ultimately counter-productive choices (Somalia). Only its Yemen franchise, al-Qaeda in the Arabian Peninsula (AQAP), appears a qualified success, built on al-Qaeda’s existing strengths in terms of loyal supporters and fighters already in place, advantages which most other candidate areas for expansion did not possess.

Where circumstances were less auspicious than in Yemen, al-Qaeda’s branching-out strategy has been fraught with risk, has reduced organisational cohesion and has led to challenges to the authority of the central al-Qaeda leadership. Mendelsohn notes that in:

going the franchising route, giving affiliates the benefits of a brand name while preserving their organizational structure, al-Qaeda hastened its own hollowing-out. The group expanded geographically, but its resources did not increase correspondingly to give it sufficient leverage over its affiliates.

Most infamously, with Abu Musab al-Zarqawi in Iraq, but also with franchise leaders like Ahmed Abdi Godane in Somalia, its affiliates have embarrassed al-Qaeda by operating independently of the central leadership, flouting its calls for restraint in perpetrating increasingly brutal attacks or internal purges.

The Al-Qaeda Franchise is a well-conceived and evenly-balanced book, but the construction of such a cohesive whole entails difficult decisions about what to leave out or to cover superficially. The book would, for example, have benefited from a more detailed exploration of al-Qaeda’s activities in East Africa and ties to local jihadi groups there, as well as a more nuanced picture than the relatively short section on Somalia in Chapter Seven. A more extended treatment of al-Qaeda’s operational history in East Africa in the 1990s and 2000s would have been particularly valuable in contextualising the 2010 decision to formally adopt al-Shabab as an al-Qaeda franchise.

Al-Qaeda’s position is weaker than anytime since it became a household name worldwide, synonymous with non-state terrorism. It is headed by an uninspiring leader, its strategy is in shambles, the United States routinely targets its commanders from the air, and ISIS – its main competitor – is much more exciting and successful.

Mendelsohn sees no realistic prospect for al-Qaeda to improve its position under the leadership of al-Zawahiri, who took over after Bin Laden was killed in a US Special Forces operation in May 2011. Irrespective of the leadership question, al-Qaeda’s future is indelibly associated with that of its erstwhile affiliate, Islamic State. Mendelsohn is right to argue that ‘the future cohesiveness of al-Qaeda has become intricately linked to the fortune of ISIS. The more established the “caliphate” becomes and the more territories and people it brings under its control, the greater the internal pressure al-Qaeda’s branches experience.’

Mendelsohn is less persuasive in arguing that Islamic State’s capture and holding onto territory is a model that al-Qaeda must emulate in order to survive:

to rejuvenate, al-Qaeda must show that it can do more than kill. Governance is particularly important because ISIS has created new standards for success, while regional instability has created ungoverned spaces where jihadi groups could demonstrate their ability to rule.

This is arguably the wrong lesson to draw from Islamic State’s eclipse of al-Qaeda as the world’s most fashionable jihadist group. Mendelsohn might have afforded himself more space to compare al-Qaeda’s and Islamic State’s approach to attacking Europe and the US. He notes that ‘al-Qaeda emphasizes fighting the “far enemy” and postponing governance, while ISIS has been all too willing to fight the “near enemy” while simultaneously introducing an Islamic state.’ Islamic State has, of course, perpetrated attacks outside of Iraq and Syria, and other acts of terrorism have been carried out in Europe and the US by individuals claiming (with varying degrees of credibility, but clearly in line with the group’s aspiration) to act in the name of Islamic State.

Islamic State may have come to prominence as it expanded its territory, but it is unlikely to wane significantly so long as it can continue to perpetrate and inspire similar attacks. This is surely an easier model for al-Qaeda to emulate, and it is much more consistent with its past practice. In this light, a more obvious proxy for measuring a future al-Qaeda resurgence would be the number of terrorist attacks credibly attributed to it, or reportedly inspired by it, rather than the quantity of territory it can capture and administer.

The Al-Qaeda Franchise is a relatively short book with an attractive cover. The publisher may hope for a broad, general readership. It should be stressed that this is very definitely an academic rather than a trade book, with an even balance of theoretical and empirical chapters; its prose reflects this (Mendelsohn uses the verb ‘to problematize’ perhaps more often than one should). This isn’t a criticism of the book – any more than it is a criticism of a giraffe to say that it is not an elephant – but merely a guide to prospective readers. This is a sound text, aimed primarily at the undergraduate market, very clearly structured and well-signposted, with summary conclusions closing each chapter. It will have broader appeal to those who are more generally interested in the subject matter, so long as they are prepared to engage with it on its own terms.

Dr Joe Devanny is a Research Fellow at the International Centre for Security Analysis, part of the Policy Institute at King’s College London. Follow him on Twitter @josephdevanny. 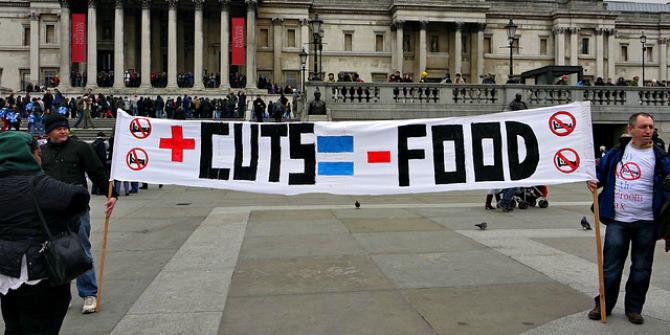 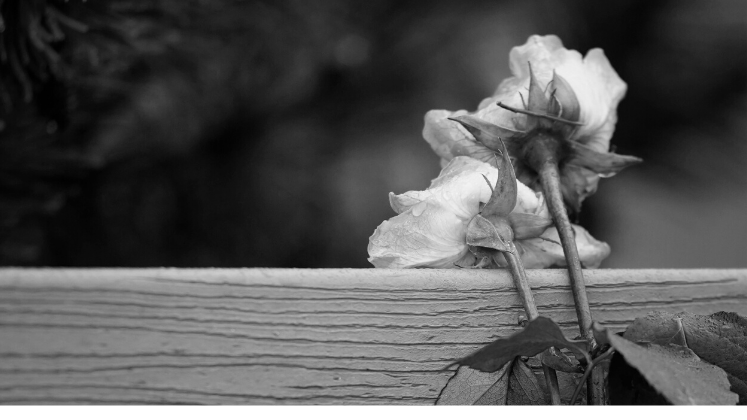