Book Review: The State: Past, Present, Future by Bob Jessop

Book Review: The State: Past, Present, Future by Bob Jessop

In The State: Past, Present, Future, Bob Jessop offers an insightful engagement with one of the enduring issues in political theory – how to define and approach the state and its complexities. Although discussion of both the affective dimensions of the state and the role colonialism has played in shaping state knowledge and formation would have been welcome, the book shows an impressive command of a vast array of sources, ideas and materials relating to state theory, finds Ashley R. Bullard. 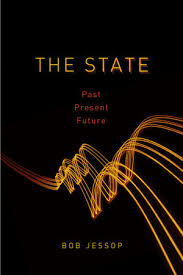 The state is one of those issues that, despite wax and wane, continues to remain pertinent to understanding the contemporary world. Whilst in recent years it has become fashionable to claim the state is of diminishing importance – evidenced by the receding of the welfare state, the growing influence of multinational corporations and processes of globalisation including global governance arrangements – the state is still one of the most important actors shaping the lives of individuals. It is in this context that Bob Jessop’s book provides an insightful overview of the state and state theory, and adds his own contribution to this.

The State: Past, Present, Future is a masterful piece of work with a command over a truly vast array of sources, ideas and material that can only come from someone who has dedicated multiple decades to interrogating their object of study. In his introduction, Jessop outlines five tasks he wishes to achieve with this book: 1) to outline six strategies for analysing the state and state power (and to combine them); 2) to define the state in a way that captures its specificity and variability; 3) to consider the semantic (or discursive) framework of the state; 4) to offer reflections on key aspects of modern states, in particular the role and influence of capitalism; and 5) to critique these ideas for their involvement in domination and ideology. These goals are achieved congruently through the entire book.

The book itself is split into three parts of unequal length, which I consider here in turn. In Part One, theoretical and methodological issues are addressed. Chapter Two, ‘The Concept of the State’, works through the ‘conceptual anarchy’ (20) that exists in understanding the state. Moving away from more traditional analysis that generally works to essentialise the state, Jessop tries to provide an account that is capable of capturing what is referred to frequently throughout the book as ‘the polymorphic character of the state’: that is, the state as differentiated by time and place but also internally variegated. With this in mind, Jessop provides a four-element approach to the state which is intended to give internal space for the flexibility of examples: 1) the state is a set of apparatuses; 2) with a territorial nature; 3) and a population over which decisions are made. The fourth element is his own addition: the idea of the state as a semantic framework. The remainder of Part One introduces Jessop’s ‘Strategic-Relational Approach’, a bi-relational relay between structure and agency, rather than one being seen as the determinant of the other as can often occur in analysis of the state and society. 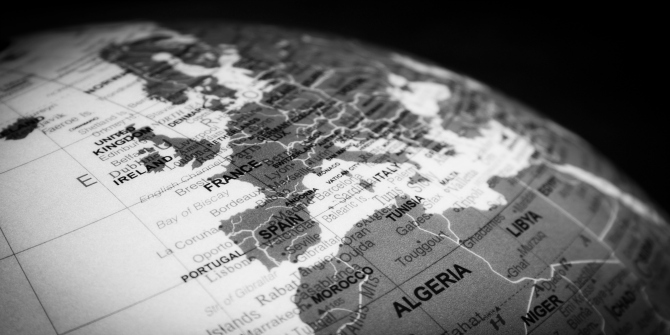 The shorter Part Two is intended to supplement Part One with a more empirical focus. If Part One could be summarised as arguing that the state is variegated and that there are various states, Part Two can be considered as a further multiplication and complication of the state.  It does this through introducing lines of enquiry for approaching the state. Chapter Five, ‘The State and Space-Time’, considers how time and space affect the dynamics and abilities of states. States redefine scales; territory and place take on new meanings; and networks between them (and networks of networks) are altered under different pressures (or crises). Chapter Six, ‘State and Nation’, examines the various contexts and frames for the relation between the nation and the state; empirical examples discussed are Europe as a territory and a national identity, and the possibility of a World State (or the limitations of this potential given the unlikelihood of a World Society). Chapter Seven, ‘Government + Governance in the Shadow of Hierarchy’, deals with apparatus questions and the changing nature of control (or governing) in modern states. Noteworthy here is Jessop’s analysis of the tendency for failure and crisis, which he asserts is always inherent as contradictions are displaced onto other areas.

Within Parts One and Two, we are introduced to a significant range of material. Personally, this feels like it could have been organised more clearly for the reader: ideas are introduced quickly without justification or clarifying what they contribute, and finished with just as quickly without their implications made apparent. Given that these two parts develop theoretical and methodological issues for the study of the state and state power, I was left without a clear understanding of how the material works as a whole. For instance, a lot of typologies are introduced within these initial chapters but how they have come to be derived is not present. The reader wishing to develop their methodological apparatus might be expected to learn by rote these various ‘dimensions’ and ‘approaches’, of which there are many.

Part Three turns to possibilities for states in the future. Here, Jessop makes a distinction between ‘(present) futures’ and ‘(future) futures’: that is, futures that seem possible based on the present rather than futures contingent on imagined future forms of the state. This is where the book begins to shine: all the disparate reflections that are dotted about in the previous 185 pages make their implications apparent. Jessop highlights the effects of the globalisation of both state structures and the logic of capitalism and the impact of this on state formations. These result in the trends of the denationalisation of the state, the destatisation of politics and the internationalisation of politics (with respective counter-trends). On the emergence of ‘exceptional states’, Jessop argues that ‘states of emergency’ are becoming the new norm: surveillance states in the face of security crisis and austerity states in the wake of economic crisis.

It is in the final chapter, ‘The Futures of States and Statehood’, that Jessop comes closest to addressing my main problem with much of his discussion. With the exception of a brief consideration of the gendering of the nation (156-57) and two or three passing references to ‘other social forces’, class is the privileged unit of analysis. But in Chapter Ten, the Eurocentric nature of state theory is addressed. Here, unfortunately, the question is one of ‘relevancy’ to understanding the Global South (241). This is an opportunity missed to consider the coloniality of state ‘knowledge’ and formation. Additionally, the work within the book is focused on the material and symbolic to the exclusion of the affective, which is all too often ignored in state theorising. This would have deepened the account of the state and the state idea by bringing in the role of the emotions as the ‘connective tissue’ productive of these formations.

There is clearly a lot of work that has gone on elsewhere to produce this impressive book. It is also very dense. These two factors mean that I would not recommend this as an introduction for new readers. Having a basic understanding of Jessop’s intellectual project might aid in getting the most from this book. Students wishing to develop their understanding of the state may wish to dip in and out of the book, utilising individual sections to increase their learning – especially with guidance on what to look for in the text. Those with a good understanding of the state might appreciate this book for the way it is able to bring together such an array of approaches and relate them to one another, even if this is not always theoretically explicit.

Ashley R. Bullard is a doctoral researcher in the School of Sociology and Social Policy at the University of Leeds. Their research explores the relations between identity and rationality in policymaking, utilising cognition enhancers within drug policy as a case study.