In Designing Peace: Cyprus and Institutional Innovations in Divided Societies, Neophytos Loizides outlines how institutional innovation can be crucial to designing peace processes and resolving conflict, focusing on the particular case of Cyprus whilst also drawing on other examples of divided societies. This is a well-researched and comprehensive book offering insights that will be of use to policymakers as well as students and scholars working on conflict resolution and Europeanisation processes, writes Nikos Christofis. 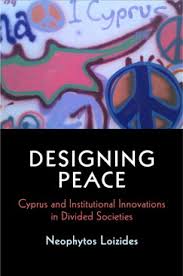 Designing Peace: Cyprus and Institutional Innovations in Divided Societies, authored by Neophytos Loizides, is a pioneering study that attempts to bridge the gap between ‘the peace and conflict literature by integrating understudied and apparently unrelated institutional innovations into a coherent body of transferable knowledge for divided societies’ (1). As the author argues, institutional innovation in divided societies has the potential to increase incentives for peace and reduce critical uncertainties. In that respect, Cyprus, which is the main case of the book, provides an excellent framework for the study of innovation in peace processes. Loizides’s study also extends beyond Cyprus with a comparative analytical approach that helps to frame a well-documented and multilayered account by drawing on other experiences, including that of Bosnia, South Africa and Northern Ireland, making it possible ‘to explore themes of intractability and institutional design’ (1).

The author presents his challenging, groundbreaking model in seven coherent, well-documented chapters that smoothly interconnect in an engaging manner. Loizides first presents a brief history of Cyprus and highlights the main narratives of the island’s two communities, pointing out that while neither side has a homogenous narrative, the existing ones have had a major impact on peace mediations. The author goes on to situate Cyprus in its geopolitical environment and locate the resistance of narratives within the experience of the post-Ottoman neighbourhood as regards conflict-mitigating mechanisms including institutional innovation (72-73). 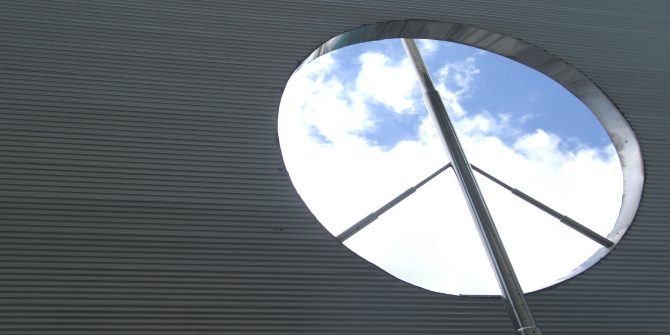 The author expands on this discussion in the following chapter by making use of other examples, specifically the d’Hondt process: a Northern Ireland innovation concerning power-sharing. According to Loizides, thanks to its flexible formula, the d’Hondt process makes it possible for semi-presidential arrangements to be introduced as an additional arbitration mechanism for resolving future deadlocks (16). In contrast to majoritarian systems, semi-presidential arrangements create a situation in which all major political actors automatically have a share in the federal executive system based on their electoral strength. Such a model motivates all of the major political forces in both communities to endorse a solution for unification because they will be actively involved and play a role in how it unfolds. This minimises the risk of creating and prolonging mutual distrust and hostility between the two communities, and opposition voices that undermine potential solutions can also be dealt with in an effective manner.

Chapter Four addresses displacement, which is a critical and extremely sensitive issue. In this chapter, the author offers suggestions about how to protect the human rights of displaced persons during negotiations concerning federalism and power-sharing, and how concessions on both sides can foster win-win arrangements on a multiplicity of issues, thereby creating credibility and security in a fundamental manner (102).

Chapter Five deals with an issue that has largely been understudied: peace referendums and how these are useful in the ratification of peace agreements, especially in terms of their relevance in power-sharing transitions. This chapter offers a rather innovative contribution to the international literature in the sense that few scholars have studied referendums despite their growing importance in international politics and federal and consociational transitions. Loizides compares and contrasts referendums in divided societies in order to establish general guidelines for policymakers in Cyprus. The author presents their pros and cons, and calls for greater care when they are implemented. He also suggests ways to stimulate positive public engagement in peace processes as a means of ensuring success and creating positive outcomes (148).

In the following chapter, Loizides expands upon the arguments he made so far on the issue of intractability. The ‘frozen conflict’ of Cyprus, as the author refers to it, has the potential to offer lessons that are crucial for avoiding past mistakes; these can be extremely useful and enlightening in dealing with intractability. In this way, the chapter offers ‘a gradual process aiming to take advantage of ostensibly less promising times in peace talks’ (151). As the author points out, such a reversal of partition is a society’s own choice, a notion that runs counter to conventional wisdom. In light of this issue, the author takes into account different levels of society: municipalities, villages, movements, political parties and institutions (18).

The last chapter of the book revisits the question of Europeanisation and conflict resolution across the entire region of the Levant by taking into consideration the issue of hydrocarbons, which has been used for both creating solutions and preventing them from being realised. Loizides’s well-balanced and cautious account debates the merits of a comprehensive settlement, which has been argued by other scholars. Instead, Loizides’s account is multilayered and involves ‘cross-issue linkages’ with Greece and Turkey (18, 176). Hydrocarbons provide the necessary argumentation base for Loizides to revisit questions of Europeanisation and conflict resolution, while at the same time paying attention to alternative scenario-planning for the future not just of Cyprus, but of the entire region of the Eastern Mediterranean (177-82, 187-89). In other words, Loizides demonstrates how hydrocarbons can be used in an optimal manner to implement a viable solution for the future of Cyprus by providing, as mentioned, a variety of scenarios. In the concluding section, the author gives the reader a summary of the book’s findings and a comprehensive argument regarding the benefits of federal and consociational arrangements. Because of its pertinent observations, this section could easily have been drawn out into a separate chapter or published as an article rich with insights and useful conclusions.

Designing Peace offers readers a strong comparative perspective and in-depth knowledge of a vast array of cases, as well as a comprehensive historical analysis of Cyprus and exciting prospects for solutions to the challenges faced by the divided island. Because Loizides draws upon a wide range of sources, including policy memos that were submitted by various sides during peace mediations and feedback accumulated over the years in debates concerning alternative institutional arrangements, his book will be useful for both policymakers on the island and in the EU, not to mention students and researchers who focus on conflict resolution and EU studies. Designing Peace is also recommended reading for the people involved in solving the Cyprus issue as it offers keen insights, arguments and findings, as well as a convincing model for the future administration of Cyprus.

Nikos Christofis received his PhD from the Institute for Area Studies (LIAS), Leiden University, in 2015. His dissertation has the title, ‘From Socialism via Anti-Imperialism to Nationalism. EDA – TİP: Socialist Contest over Cyprus’. Read more by Nikos Christofis. 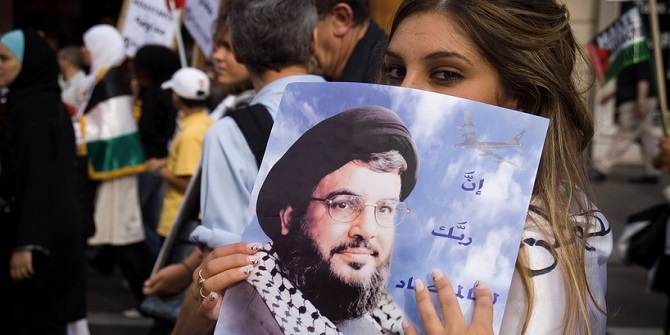