Drawing on the chance discovery of a number of letters exchanged during the period, in India and the Islamic Heartlands: An Eighteenth-Century World of Circulation and Exchange author Gagan D.S. Sood attempts to capture the lives of ordinary people to reconstruct the connective tissues of a world lived beyond the purview of the sovereign. While the nature of the source material occasionally limits the book’s scope of analysis, this work successfully weaves together an insightful narrative to draw attention to a neglected arena and period, finds Mithilesh Kumar Jha. 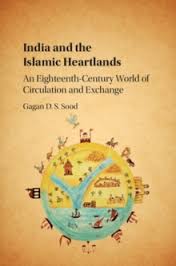 In India and the Islamic Heartlands: An Eighteenth-Century World of Circulation and Exchange, Gagan D.S. Sood attempts to recapture the inconspicuous everyday lives of ordinary people, distinct from the conspicuous lives of elites and the sovereign, during the eighteenth century in India and the Islamic Heartlands – which the author refers to as ‘Islamicate Eurasia’. He does this by connecting the threads, or what he calls ‘tissues’, of a series of letters exchanged among the people inhabiting this arena of circulation, whose interrelationships were governed by ‘large distances and long silences’.

Sood successfully weaves a narrative on the basis of these exchanges to point out the obvious lacuna in existing scholarship on the region. According to him, this has largely ignored the ways in which polities, authorities and the cosmic and temporal world were imagined or understood by those who lived mostly outside the direct purview of the sovereign. By demonstrating the unabated circulation and exchange of trade, ideas and worldviews despite the continuous political turmoils that the region had been undergoing in the eighteenth century, this book opens up a fresh line of enquiry about the ways in which people of the region engaged with their polities and networks of circulation, and how these shaped their world and worldviews.

Developing the narrative on the basis of letters that the author found in the British Library and which did not reach their intended recipients due to the British seizure of the ship, Santa Catharina, that was carrying them, the book is divided into eight chapters as well as a very informative introduction and conclusion. The letters were written between 1745 and 1748 by the people – scholars and traders, partners and agents, men and women, husbands and wives, fathers and sons, brothers and sisters, nephews and uncles – who inhabited diverse spaces, cultures and linguistic spheres from Basra to Bengal. The letters cut across the political and cultural boundaries of many empires and polities and are written mostly in Arabic and Persian, although a few are also written in Latin and Hebrew scripts. The writers of these letters were those who lived in the ‘administrative, commercial, educational and spiritual centers of Islamicate Eurasia, and who actively participated in its arena of circulation and exchange’ (24). However, they remained mostly, if not totally, outside the direct purview of their sovereigns, and thus together the letters provide glimpses of everyday lives in the region during this era in its various vicissitudes.

The first six chapters together form the social and historical background for the last two chapters,  ‘Everyday Practices: Indispensable Skills and Technique’ and ‘Flows and Interactions: The Arena’s Connective Tissue’, which constitute the central arguments of the book. However, other chapters, particularly those on communication and political order, are equally important.  While reading the book, what one needs to remember is that contemporary divisions between the political, personal, public, social and economic spheres were not experienced by people inhabiting the arena discussed in the book. Their worldviews did not separate these spheres, and certainly they did not think of boundaries between and among them. But after the European refashioning of the region, that paradigm was altered.

Politically, the arena was full of conflict and uncertainty. The Ottomans and Persians were regularly at war with each other. The assassination of the Iranian ruler, Nadir Shah, in 1747, and in the same year the death of Iraq’s effective ruler, the Ottoman governor Ahmad Pasha, further aggravated such uncertainties. Similar conditions also prevailed in Bengal under the rule of Ali Vardi Khan. The rise of Maratha power in central India, along with the gradual decline of the Mughal empire, made the political scenario in India just as uncertain. This was the period when the Europeans began to refashion the region according to their own volition. Chapters One to Six provide glimpses of these political instabilities and also the ways that those inhabiting the region perceived their polities and sovereigns. 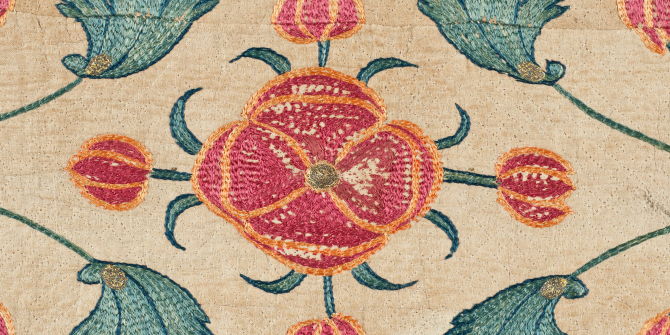 Similarly, the chapters on ‘A Communication Order: Language, Writers and Couriers’ and ‘Everyday Practices: Indispensable Skills and Techniques’ are an interesting read as Sood eloquently describes the practices of letter writing, the use of languages and scripts, writing styles, translations, the life of agents, translators and scribes, the art of negotiations and the resolution of conflicts. He also makes an interesting study of the ways in which the letters were written and rewritten in many languages and scripts before being finally dispatched to their intended recipients, who may not have shared the language or the script of the original writer of the letter. Ideas and words truly transcended the boundaries of language, scripts and polities.

Chapter Eight, ‘Flows and Interactions: The Arena’s Connective Tissue’, provides a glimpse into the lives of those who together formed a network of circulating goods and ideas, and also the shaping and sustenance of these networks which made trade between familiars and strangers possible. It shows how individuals behaved and interacted in the arena, maintained relationships and also trusted each other – why was the credibility of agents, partners and households of utmost importance for everyone? How did people collaborate even with those to whom they were not so friendly for the purpose of a profitable joint venture? The book also provides their apprehensions about the emerging legal framework regulating trade and transactions. The chapter therefore depicts the vicissitudes of everyday lives in the arena and the ways in which circulations and exchanges actually took place.

However, while reading the book, one gets the feeling that what is largely said about the mental compass of the people inhabiting the arena of circulation and exchange in eighteenth-century India and Islamic Heartlands is true to most of the communities and societies in the region even today, particularly the values and norms that govern families and intimate relationships. Too much emphasis is put on these by quoting extensively from the relevant paragraphs from the letters. This may appear to many readers, particularly those from South Asia and the Middle East, as too obvious to be elaborated in such detail.

The titles of the chapters are also too broad to be covered on the basis of the number of letters that are the major source for this book. They are too limited to map out the temporal, cosmic, political as well as the communication world order in its totality. However, it needs to be emphasised here that the materials that would further substantiate the arguments of these chapters are not easily available, and Sood has duly acknowledged such limitations. Certainly, it does leave a number of areas to be explored further; in a way, this has been one of the motives of the author for writing this book.

Another interesting contribution of India and the Islamic Heartlands is the fact that it does reflect upon the ways in which India and the Islamic world, after the disintegration of the Safavid, Ottoman and Mughal empires, were gradually being reshaped by the Europeans. However, the chapters in the book say very little in detail about these processes. What distinguishes the book from other similar kinds of writings is its dealings with its sources – letters that are far from adequate, often patchy, incomplete and certainly inarticulate. Typically ideas and views are expressed in the simplest and most localised idioms, and thus Sood must be credited for building a narrative on the basis of such materials and for further drawing scholarly attention to this neglected arena for further exploration. 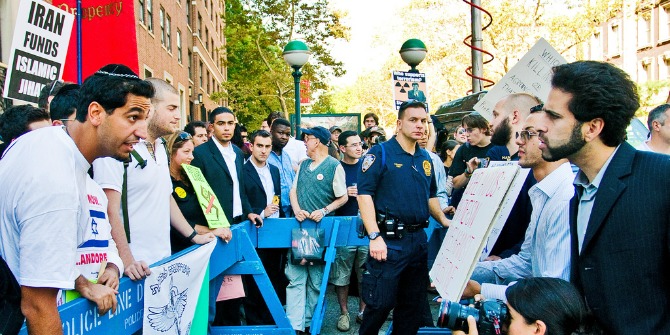