In Remote Avant-Garde: Aboriginal Art Under Occupation, Jennifer Loureide Biddle focuses on the emergence of an avant-garde Indigenous aesthetics in ‘remote’ Australia in the context of the parallel instantiation of governmental policy aimed at targeting perceived levels of delinquency and dysfunction in Aboriginal communities. Peter Kilroy praises the knowledge, breadth and complexity of this refreshingly energetic, sensitive and nuanced work. 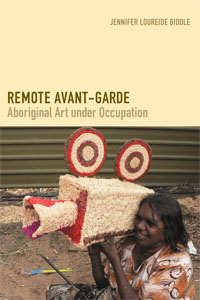 Forming part of Nicholas Thomas’s excellent Objects/Histories series at Duke University Press, Remote Avant-Garde: Aboriginal Art Under Occupation centres on two – at times parallel and at times convergent – core contexts: an emergent avant-garde Indigenous aesthetics in ‘remote’ Australia (with a particular focus on the Northern Territory), and the ‘Northern Territory National Emergency Response’ (NTNER) of 2007, otherwise known as the ‘Intervention’ (2), a federal government-sanctioned response to supposedly epidemic levels of dysfunction and abuse within remote Aboriginal communities.

Jennifer Loureide Biddle repositions so-called ‘remote’ communities outside of the centre/periphery, urban/rural relations in which they are often contained. Such communities are read as their own centres, creating aesthetic waves of national and international significance. This repositioning is accompanied by an ambitious and provocative deployment of the ‘avant-garde’ concept to characterise an experimental practice emerging within, rather than against, ‘tradition’ (49, 59, 141, 221). ‘The new does arise from nowhere’ (142), Biddle suggests, which is as much about the invisible future as it is about the unwritten present (4), and this contributes much to the great energy and dynamism of the book.

Biddle specifically positions Remote Avant-Garde as addressing a gap in the scholarship on emerging traditions since the famous Western Desert art movement, which for some has become the very epitome of Aboriginal art: the ‘hegemony of the dot’ in Jennifer Green’s neat phrase (cited, 48). Such emergent practices are posed as being explicitly political, particularly in the context of the impact and aftermath of the ‘Intervention’, hence the book’s provocative subtitle, ‘Aboriginal Art Under Occupation’.

Biddle breaks the book into three thematically structured sections, ‘Biliteracies’, ‘Hapticities’ and ‘Happenings’, within which are a series of case studies. Her focus is on detail and time in the development of the analysis, which is crucially important in resisting the impatience, essentialism and epistemological desire that sometimes accompany attempts to engage with such work (12). In short, she attempts to develop models and methods that are appropriate to the work and its inextricable, material life-worlds (12-13), which is one of the core themes of the book. Biddle therefore has the unenviable task of writing across multiple and almost impossibly overdetermined contexts, and it is to her great credit that she is persistently aware of the nuances, risks and limitations of doing so. 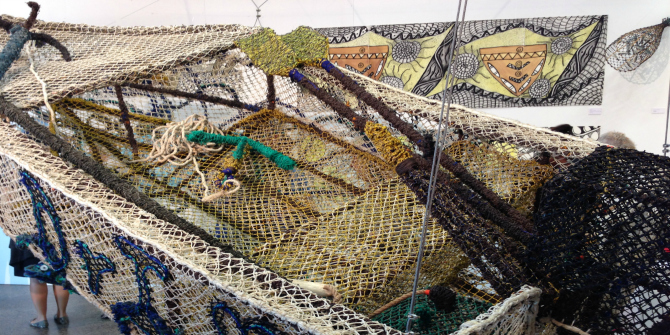 After an insightful analysis of the neo-imperialism of humanitarian interventions in Chapter One, the first section, ‘Biliteracies’, focuses on a broadening out of the concept of literacy via the painting and photography of the Tangentyere Artists, June Walkutjukurr Richards and Rhonda Unurupa Dick respectively. One of the most engaging aspects of this section is the tension between government-sanctioned alphabetic literacy and other modes associated with art and experimental media (37). This adds an extremely interesting dimension to the ways in which art can be constrained by an analysis that too readily separates out literacy, orality and visual culture, particularly in Indigenous contexts (64-65). ‘Biliteracy’ can therefore refer to the complex hybridity of multiple language use; word/image relations on paintings and photographs; literacy and orality versus writing; and, crucially, (‘iconographic’) literacy beyond (‘alphabetical’) writing (96).

Under the rubric of the concept of ‘hapticities’, the second section refigures the question of materiality, particularly insofar as it can be shown to overtake, or complicate, optics or ocularcentric desire (137; 216). Its three chapters focus on the Tjanpi Desert Weavers, ochre/body painting and Yarrenyty Arltere animation respectively, all of which demonstrate the ways in which emergent forms can be sustained by older techniques. Crucially, the question of materiality also includes the social, affective and often technologically mediated networks made possible by such work, and this includes themes such as (the politics of) community institutions and workshops (112). Particularly important in this section is the sidestepping of another especially pernicious dichotomy that Aboriginal art sometimes is drawn through: art versus craft (114). There are also some fascinating themes, such as the relationship between the textures of paintings, bodily scarification and the landscape (151-52) and the entanglement of artworks, bodies and life-worlds, which militates against the reduction of artwork to commodity (151-52).

The third section, focusing respectively on the Canning Stock Route exhibition and the monumental Warburton Art Project, addresses the themes of history, memory and the archive (182), or rather multiple, complex and cross-cutting histories and counter-histories (188-89). This has a claim on the present as much as the past, and it includes fascinating details on the use of new technologies and the repurposing of archival materials (207). Crucially – and this holds for the book as a whole – this is not just about Aboriginal histories, but Aboriginal historiographies, not just about art history but art as history (186). Art is not seen here as a representation of life-worlds, truths, histories and literacies, but as an emanation of these things, charged, therefore, with ontological and existential resonance (205).

One of the great strengths of the book is the courage to experiment with modes of writing that resist the centripetal and neo-imperial power of epistemology: the desire to know in a reductive, power-laden fashion. The results of confronting this desire (speaking ‘nearby’ rather than ‘about’, as Trinh T. Minh-ha might say) are highly engaging and creative, and there are many bravura close readings of the works. However, the language does jar at times, particularly in Biddle’s heavy use of theoretical idioms and concepts. It is also fair to say that this is more of an essay collection than a monograph, and despite the coherence of the themes, this does show in the structure and form of the book: some chapters are summary in nature, some more exhaustive and many appear to retain the traces of the contexts from which they are derived.

Nonetheless, with a breathtaking focus on the new, the emergent, the hybrid and the innovative (213), the book’s artworks, and the writing itself, bristle with energy. Perhaps because of this, it is difficult to do justice to the breadth and complexity of the book. Biddle is highly adept at conveying the depth of her knowledge and palpable enthusiasm for her subject, and her writing is particularly attuned to the textures, patterns and social, political and affective dimensions of materiality. This is a refreshingly sensitive and nuanced account that is a must-read not only for those interested in the specificities of emerging Indigenous artistic traditions in the Northern Territory and elsewhere, but also for those interested in the ongoing political, cultural and economic processes of so-called ‘settler’ societies across Australia and beyond.

Dr Peter Kilroy is a British Academy Postdoctoral Fellow at the Menzies Centre for Australian Studies and the Department of Film Studies at King’s College London. His main research interests are in colonial, postcolonial and Indigenous media, with a particular emphasis on photography, phonography and film.

Posted In: Art, Lit and Film | Australasia and Pacific | Politics 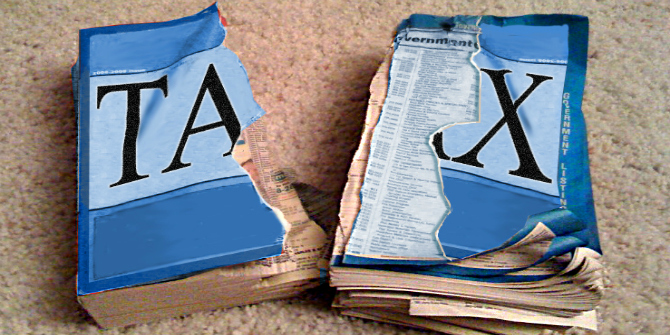 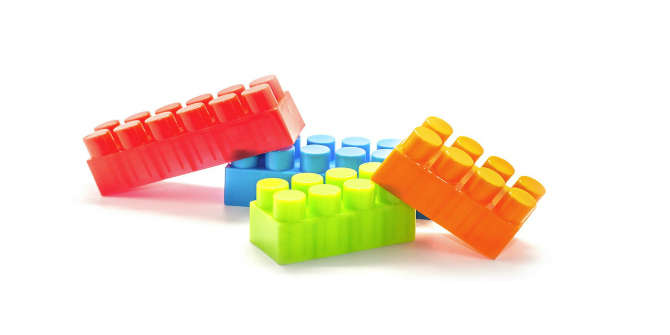