In Cultural Turns: New Orientations in the Study of Culture, Doris Bachmann-Medick offers an overview of the emergent ‘cultural turns’ that have shaped humanities and social science research. This is an excellent insight into recent theoretical and methodological developments that will be a a critical and relevant handbook for those working within diverse fields of cultural research, and also serves to underscore the importance of inter- and transdiscplinary endeavours, finds Sander Hölsgens. 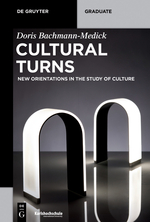 In Cultural Turns: New Orientations in the Study of Culture, Doris Bachmann-Medick sets out to sketch and understand recent theoretical and methodological movements within the field of cultural research and the humanities at large. These so-called cultural turns have emerged since the 1970s following the predominant linguistic turn, and go beyond Thomas Kuhn’s ‘paradigm shifts’. For whereas such a shift implies a radical, abrupt, revolutionary replacement of an old worldview, cultural turns are more ‘cautious, experimental and gradual’ (10). A common denominator seems to be the ‘ability to form new conceptual research perspectives that cut across disciplines’ (18).

All recent reorientations in the study of culture, Bachmann-Medick claims, ‘must come to grips with a crucial ‘‘mega’’ turn – the linguistic turn’ (21). Following linguistic philosophy, both the humanities and the social sciences had to cope with the conviction that the limits of language represent the limits of thought. ‘Thus, all human knowledge, including scientific knowledge, is structured by language’ (22).

For Bachmann-Medick, since its emergence this linguistic turn has served as the main reference point for other reorientations, such as the performative turn, the postcolonial turn and the spatial turn. Moreover, she emphasises that these perspectives have not only brought about new (sub-)disciplines, but also affected existing fields of cultural research. Bachmann-Medick’s agenda, then, is to reflect upon a handful of significant cultural turns, as well as to articulate how these turns move within and between academic disciplines.

In so doing, Cultural Turns offers an excellent overview of recent theoretical, conceptual and methodological developments within the humanities and social sciences. Building upon an impressive list of references, Bachmann-Medick is precise and evocative in her study of cultural turns, drawing their formation and key concepts as well as encouraging critical readings of these approaches. 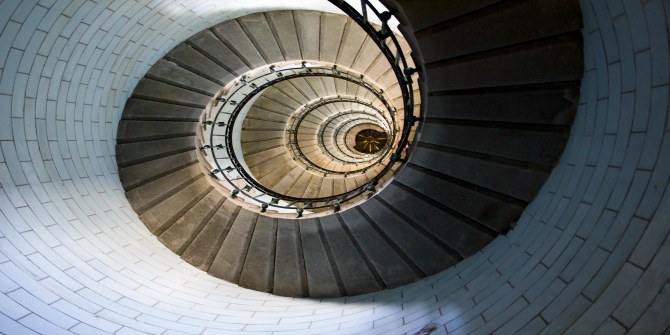 The second chapter is emblematic of Bachmann-Medick’s rigorous and provocative way of working. Here, she reconsiders the so-called performative turn, which ‘has called attention to the expressive dimension of both actions and action-based events, including staged social culture’ (73). This turn moves away from the idea of cultures as texts, as explored by inter alia Paul Ricoeur and Clifford Geertz. This text-positivism, as anthropologist Dwight Conquergood disqualifies it, is atemporal and flattening. The performative turn was proposed as an alternative, with rituals as a leitmotif.

A ritual is a staged structure of action: ‘they are symbolic, expressive and cultic sequences of action, sacred intermediary phases in the continuum of everyday life and conventionalized symbolic modes of action that are charged with cultural symbolism’ (79). Moreover, it is through rituals that social conflicts are staged and regulated, and even utterances can be regarded as performances. The performative turn, then, opened up a space to discuss not only this form of staging, but also bodily expression per se.

This exploration of performativity seems to be closely related to Bachmann-Medick’s notion of the postcolonial turn as well as to the spatial and iconic turns. Rethinking bodies in space implies an interest in performance. Here, Bachmann-Medick rethinks Judith Butler’s perfomativity theory in gender studies: ‘Butler foregrounds the body in order to challenge gender as a (binary) biological category’ (91). Not unlike rituals, she regards gender as an active repetition formation –‘instituted in the body only through a ‘‘stylized repetition of acts’’’ (91).

This emphasis on performativity, Bachmann-Medick argues in the fourth chapter, commanded a reconsideration of identity as an appropriate concept within the humanities. For ‘although identity has long been defined based on origins, nature and unity, emphasis is now being placed on breaks, transitions, overlaps, transformations and other factors such as ‘‘unhomeliness’” (148). This so-called shift from identity to difference turned the formation of cultural identity into an articulation of difference.

Bachmann-Medick acknowledges that these cultural turns are intrinsically interrelated; and yet the individual chapters are perhaps too neatly organised. Each chapter discusses a cultural turn, and although there are dedicated sections to discuss how these turns affect different disciplines, this categorisation eliminates ambiguity and polysemy. What does it mean that the humanities seem to embrace a diversity of cultural turns? How does this narrative of rigorous turning points affect research regarding its stylistic articulations, methodologies and theories? In the book’s current form, these issues are limited to a couple of pages in the introduction, giving room to the discussion of the cultural turns themselves.

The second to last chapter, titled ‘The Iconic Turn/Pictorial Turn’, explores the development from art history to an ‘interdisciplinary image science’. Here, the author asks why and how ‘the dominance of language in Western cultures has long marginalized the study of visual cultures’ (245). The chapter moves from the anthropology of images to visual culture studies to show how the iconic turn not only attempts to understand images, but also to understand the world through images.

The focus on iconology is understandable, yet it might have been worthwhile to take into account recent developments within visual anthropology. This field proposes image-making (including drawing, photography and filmmaking) as a research method, whilst taking a remarkable interest in performativity, self-reflexivity and spatiality. Moreover, visual anthropology is an explicit and critical reconsideration of anthropology as a language-based, textual discipline.

This, however, is but a footnote. Cultural Turns: New Orientations in the Study of Culture is a critical and relevant handbook for those working within the fields of cultural research. Bachmann-Medick provides an insightful overview of cultural turns as academic phenomena, and further underlines the significance of inter- and transdisciplinary research.

Sander Hölsgens is a filmmaker, and a PhD candidate at the Bartlett School of Architecture, UCL. He is also a contributing editor of Cultural Anthropology (Cultanth.org). His most recent research is an anthropological inquiry into the sensory experience of public space in Seoul, South Korea. Find him on Twitter @sanderholsgens. Read more reviews by Sander Hölsgens.