Book Review: The Wanda Way: The Managerial Philosophy and Values of One of China’s Largest Companies by Wang Jianlin

Book Review: The Wanda Way: The Managerial Philosophy and Values of One of China’s Largest Companies by Wang Jianlin

The Wanda Way: The Managerial Philosophy and Values of One’s of China’s Largest Companies gives insight into the business ethos and activities of Wang Jianlin, head of Wanda and Asia’s richest entrepreneur. This compelling autobiography, compiled from interviews, lectures and speeches by Wang, shows the key role that business managers play in the success of the largest companies, finds Alexandre Cesar Cunha Leite.

The Wanda Way: The Managerial Philosophy and Values of One of China’s Largest Companies. Wang Jianlin. LID Publishing. 2016. 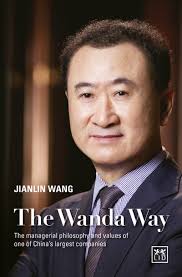 In the extensive literature dealing with capitalist economic agents, it is common to observe the importance given to the figure of the entrepreneur. J.A. Schumpeter addressed the innovative entrepreneur figure and its contribution to economic development, while John Maynard Keynes emphasised the need for the ‘animal spirit’ of the entrepreneur for an economy. The Wanda Way: The Managerial Philosophy and Values of One of China’s Largest Companies consciously inserts this player into the Chinese scenario and shows that, regarding the role of the entrepreneur, its relevance remains the same.

Entrepreneurs must have the ability to identify opportunities and turn them into business. To obtain success in this endeavour requires commitment and a special capacity to deal with risk. The Wanda Way brings the reader one case of sustained success in business from one of the largest managers in China in the twenty-first century, Wang Jianlin, head of Wanda. The Wanda company began working in real estate before quickly becoming a group that operates across several economic activities. Wang’s career has coincided with a period of rapid growth in the Chinese economy. The Chinese scenario often arouses curiosity about its business practices. Wang offers a different case from the first generation of Chinese businessman who brought conditions as they prepared to enjoy the country’s economic takeover. Wang reveals his particular methods of managing his business in a style that is a successful combination of day-to-day business, his micro-management perspective and a macro view of opportunities for growth.

The book is therefore an autobiography organised in a particular way. Firstly, because Wang does not have an academic background, this stands him out in the economic arena and especially in business management. At the beginning of his operations in the labour market, Wang was a military soldier, acting as an official border guard in North China. His first steps into the business world were, above all, due to its competitive nature and his perception of timing and opportunity. Secondly, the autobiography is outlined through transcriptions of lectures and interviews, followed by comments. For the reader, it is interesting to observe how Wang built his own management model and how this is adapted to the Chinese reality. Deeply influenced by Confucian philosophy, the third distinction of his autobiography is how Wang explains to his interlocutors the basis of his success. His operating model, in his words, is to conduct business operations in an honest and artful way. This is necessary to minimise the perception that Chinese economic activity is immersed in chaos and that fraud is a commonplace. 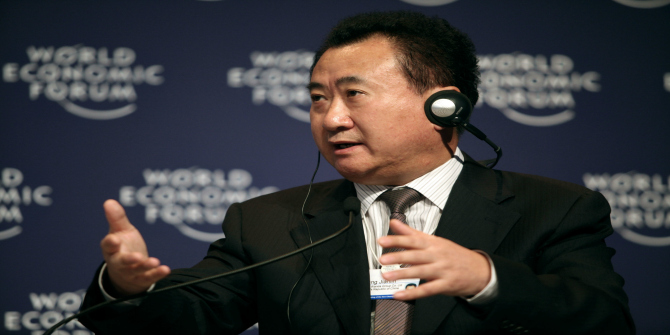 The book consists of twelve chapters and a brief description of the life of Wang. These chapters refer to subjects covered by Wang in lectures at universities, both in and outside of China, to audiences consisting exclusively of students in management; interviews to CCTV (the Chinese state media); and a speech to his employees about the launch of the e-commerce element of his business. Across all chapters, Wang seeks to highlight the differences in the management of his company that has made him one of the greatest Chinese entrepreneurs in the twenty-first century. Here I focus on the four pillars of innovation in management according to Wang.  These have made possible the transformation of a local company into a nationwide enterprise, a national champion as mentioned in the current economic literature.

The transformations listed by Wang as essential to making Wanda a success involve issues of  business management as well as the ability to take advantage of opportunities arising from the significant expansion of the Chinese economy, both domestically and beyond its borders. According to Wang, establishing a culture of innovation and ongoing changes in the Wanda group’s management is the key to his success. Therefore, the first essential factor was making a local company in the Dalian region gradually become a nationwide enterprise. Deng Xiaoping’s speeches in his tour of the interior of China served as a stimulus for cross-regional and national development. Wanda quickly ceased to be just a real-estate company and started to operate in other markets, from the entertainment industry to the sports sector (Wang was the first owner of a professional football club in China).

The second factor that contributed to the rise of Wanda enterprise is directly related to diversification. As the opportunity arose, Wang observed the dynamics of the market and made them into real business. That was how Wanda migrated from the residential property to commercial property sector; the same occurred when Wang saw an opportunity for providing services in their business ventures, such as insurance, medical services and movie theatres, amongst others. Diversification was therefore key to the Wanda enterprise, and opportunities arose as the Chinese population’s access to goods and services grew.

The third factor that changed the performance of the company was increased investment in the cultural industry. Wang set a target for Wanda, which was to establish itself as an appropriate environment for the spread of Chinese culture. Using the example of Western countries, Wang replicated the existing models in the USA and the UK to create its own cultural brand.

Finally, the last factor highlighted by Wang as differentiating his form of management is the dissemination of a culture of social responsibility and charity. It is known that, despite significant Chinese growth in the last thirty-five years, there is still income inequality and a lack of access to certain goods and services. Wang has made ‘creating wealth together, sharing with society’ a mission of the company and its employees.

However, on careful reading of the book, other points are not highlighted by Wang that also make a difference in the business world. The Wanda Way is more than these four pillars of transformation, the ability to use the opportunities presented by the growing market and the demand of the Chinese population for services. Wang works with global objectives, but ones that are possible to achieve: he wishes to meet the needs of the domestic market, expand its activities and become a global player at the level of his competitors. Wang’s approach is characterised by modern management appropriately suited to the scenario in which it is inserted: both the Chinese political system as well as the global economy. The goal of becoming a global business leader in different arenas therefore reveals a common feature shared by successful entrepreneurs at a global level: the search for semi-monopolistic control of activities.

The book is compelling, especially for those who are interested in better understanding China. At the same time, the book illustrates that the management of large companies, whether in China, the USA or the UK, tends to follow a more fitted capitalist model than exclusively functioning according to local singularities. A sense of opportunity and the personal skills of the manager, as illustrated by the case of Wang Jianlin, have a significant impact on the results obtained.

Alexandre Cesar Cunha Leite is Professor and Researcher of the Graduate Programme of International Relations and coordinator of the Research Group of Studies and Research of Asia-Pacific (GEPAP/UEPB/CNPq) at the State University of Paraíba (UEPB).