In Masculinity, Femininity and American Political Behavior, Monika McDermott presents research that fundamentally questions longstanding assumptions regarding the influence of biological sex when it comes to US voting behaviour. Arguing that it is gendered personality traits that have greater implications when it comes to political preference, this offers a valuable challenge to reductive understandings as to how we behave politically, writes Christine Sweeney. 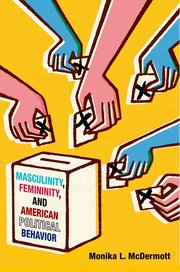 ‘Soccer moms’, ‘single women’ and ‘blue collar men’, among other groups, have each been held up by American political pundits as the keys to winning US presidential elections as long as pollsters have been using demographic data to inform campaigns. Just as observers like to muse on the innate differences between women and men, these have been projected onto explanations of political decision-making. In her new book, Masculinity, Femininity, and American Political Behavior, Monika McDermott questions and redirects decades of discourse on the influence of biological sex on political preference. Rather than essentialist notions of female versus male, McDermott argues that femininity and masculinity, and the societally-constructed gendered personality traits associated with them, play a significant role in determining individual citizens’ political attitudes and choices. McDermott makes a strong case for the impact of feminine versus masculine traits (both of which can be exhibited by either sex) on individual political participation.

Crucially, McDermott addresses a gap in research on the effects of gendered personality traits on political behaviour, beginning from the premise that ‘sex’ is the biological difference between women and men; ‘gender’ is a construct built by society over time, reflecting behaviours and beliefs deemed typical of the sexes and their societal roles. Recognising this gap, McDermott, a professor of political science from Fordham University, conducted the Gendered Personalities and Politics Survey (GPPS) to collect empirical data on reported gendered personality traits and political behaviour. Her book lays out her methodological decisions; analyses ongoing discourse surrounding the partisan ‘gender gap’ in US politics and the effects of femininity and masculinity on political engagement; and tests this discourse using her data disaggregated by feminine, masculine, androgynous and undifferentiated classifications. Finally, she uses her data to draw links between the influence of gendered personality factors on attitudes about sex roles in society and politics.

McDermott offers an updated gendered lens for exploring how individuals engage with political attitudes and choice. She builds on established research that demonstrates the relationship between the ‘Big Five’ personality traits (openness, conscientiousness, extroversion, agreeableness and neuroticism (McCrae and Costa 1987)) and political behaviour. For example, conscientiousness and emotional stability are linked to conservatism, while openness is linked to liberalism. Extroversion promotes economic conservatism, while agreeableness encourages economic liberalism. Establishing the effects of personality on politics, McDermott uses Bem’s Sex Role Inventory (BSRI) to measure gendered traits and political preferences in the GPPS she designed. The BSRI gauges participants’ femininity, masculinity and androgyny based on responses tied to traditionally feminine traits like compassion or those typically recognised as masculine, such as aggression. Based on responses, participants are coded as primarily feminine, masculine, androgynous (scoring highly in both femininity and masculinity) or undifferentiated (scoring low in both femininity and masculinity). 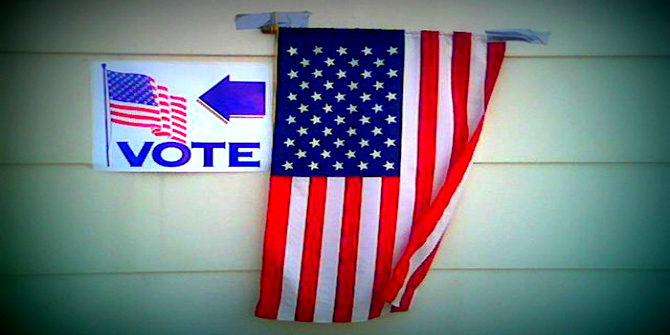 While McDermott acknowledges that the BSRI developed in 1974 may be less relevant today, long-term studies have shown that even as the assumed societal roles for women and men have changed over time, perceptions of feminine and masculine traits have remained stable. In surveys, feminine and masculine traits are invariant across biological sex. To many readers, the use of BSRI may still seem dated: ‘why in 2017 are we still associating compassion with femininity and leadership with masculinity?’ However, McDermott makes the case that BSRI is the best available method to disentangle gender from biological sex and place femininity and masculinity on a spectrum, rather than tying them exclusively to women and men respectively. The results of McDermott’s 2011 GPPS, with 780 adults representing the nationwide US population, demonstrates the diversity of gendered personality traits. Respondents were classified as 29 per cent androgynous, 27 per cent undifferentiated, 23 per cent masculine and 22 per cent feminine. As a result, McDermott argues, individual behaviour cannot solely be explained by binary perceptions of biological sex.

The book therefore questions long-held observations of US political behaviour over the past forty years, using data to show that differences in biological sex become statistically insignificant when data is instead disaggregated by gender. For example, the US liberal Democrat Party has been thought to attract more women due to its concern with issues like education and welfare. Yet, these are not inherently ‘women’s issues’, but rather ones associated with compassion: a feminised trait that both women and men can possess. On the other side, the book suggests, military and law-and-order issues represented by the conservative Republican Party have been overassociated with men rather than with masculinity. McDermott points out Republican women, like Sarah Palin, who prioritise these issues in political campaigns.

McDermott’s research thus shows that individual personalities drive attitudes and behaviour more than biological understandings of sex: ‘once gendered personalities are considered, biological sex will play no role’. McDermott also uses the GPPS to show how gender conformity influences perceptions of sex roles in society, suggesting how these link to political participation. Those who hold traditional beliefs that men should participate in politics while women should stay at home tend to show gender identities that more closely match their biological sex and to be conservative. Those who believe both women and men should work outside the home and participate in politics have more of a mix of femininity and masculinity, which may not match their biological sex, and tend to be liberal. Furthermore, the research suggests that the aggression, competition and toughness associated with US politics do not necessarily attract solely men, but rather women and men with masculine personalities.

An interesting finding (and particularly maddening one, in my opinion) is the double bind faced by US women from both parties seeking office. According to research, many voters have expectations for women and men to conform to traditional sex roles. However, voters associate masculinised traits with political office. This means that women running for political office must emphasise masculinised traits like individualism and ruggedness: ‘in doing so, however, women are also actively defying the traditional female sex role.’ As this logic goes, ‘women may be at risk if they either fill the male role too well or do not fill the expected female role enough.’ Congresswoman Nancy Pelosi, former vice presidential candidate Palin and former Secretary of State Hilary Clinton all represent powerful and successful women who have sought to soften their images and emphasise their roles as mothers at various points in their political careers.

As US politics become more tense and elected leaders more combative, while also becoming more male (President Donald Trump’s cabinet has the most white males since Ronald Reagan), what are the implications? Will voters continue to associate political success and power with masculinity or will they seek future candidates who display empathy, reason and diplomacy, traits associated with femininity? I am healthily skeptical of the association of certain traits with femininity and masculinity from the 40-year old BSRI. However, based on McDermott’s findings and America’s stubbornly male-dominated political history, I wonder if political power is associated with masculinity simply because there have not been more women in office. Perhaps, as more women are represented in politics, rigid associations of femininity and masculinity with women and men will become more precarious.

In the increasingly polarised political climate not only in the US but around the world, and as rigid sex roles become more fluid, McDermott’s research is forward-thinking. If political leaders fail to recognise the nuances of voters by focusing on stereotypes rather than individual preferences, they will fail to meaningfully represent citizens. As the potential for emerging fields like behavioural science and big data is realised, research like that presented in Masculinity, Femininity, and American Political Behavior will be essential to breaking down previously overly-simplified views as to how we behave politically.

Christine Sweeney is a master’s student in LSE’s Department of Media & Communications. Before arriving at LSE, she worked in international development and tech policy. She holds a Bachelor of Arts degree in Latin American Studies from Tulane University. Her current research focuses on gender representation in the media. Read more by Christine Sweeney.

Posted In: Contributions from LSE Staff and Students | Gender and Sexuality | Politics | USA and Canada 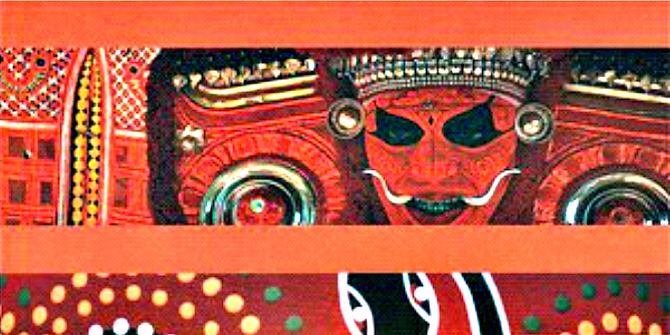