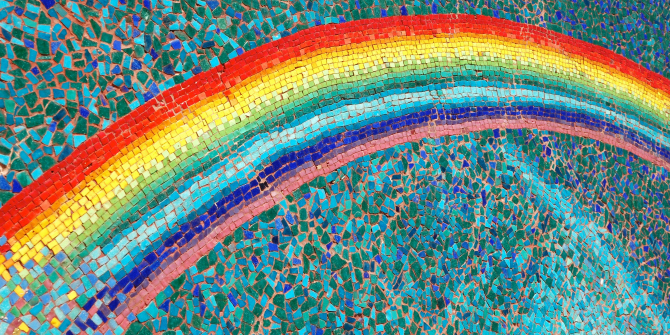 17 May is International Day Against Homophobia, Biphobia and Transphobia (#IDAHOBIT2017). Created in 2004, 17 May is now celebrated in more than 130 countries and is a moment to unite in support of the recognition of human rights for all, irrespective of sexual orientation, gender identity or expression.

Spectrum is LSE’s LGBT+ staff network and is here to represent and support staff who are lesbian, gay, bi, trans and of any sexual orientation and gender identity. International Day Against Homophobia, Biphobia and Transphobia is a hugely important opportunity to keep up momentum for positive change. To mark #IDAHOBIT2017, members of Spectrum have recommended 6 books to engage, move and inspire. 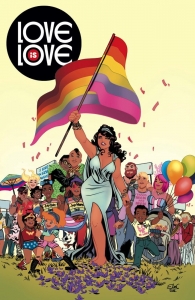 On 12 June 2016 I, like many others, woke up to the news that 49 people had been killed and dozens more injured in the deadliest incident of LGBT violence in US history. Love is Love is a comic book anthology and celebration of those that lost their lives and of the Orlando LGBT community. Featuring stories and artwork based on that horrific night as well as a look at what love means in the world today, this is a heartfelt and poignant book and an example of what can rise from the worst of circumstances: love is love. Recommended by Dan Smith, Senior Systems Analyst. 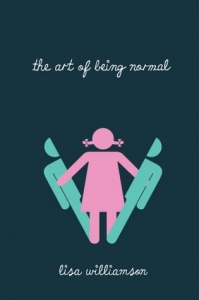 The Art of Being Normal. Lisa Williamson. David Fickling Books. 2015.

The Art of Being Normal is about the friendship between two teenagers who are each keeping a secret from the rest of the world. They are both trans and at different stages in their transition. One of them has only told a couple of close friends, while the other is starting a new life at a different school and trying to blend in. This is an easy-to-read story suitable for all ages. It made me realise that it is not necessary to suffer in silence as other people around may also be dealing with the same issues. Opening up about personal experiences can help with developing relationships with people around us, and also increasing our confidence in our own skin. Recommended by Andra Fry, Spectrum Co-chair and Academic Support Librarian. 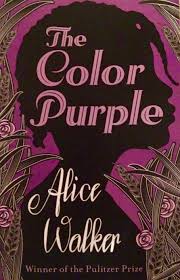 I first read this book at school and holding it made me feel like everyone was looking at me. Having an LGBT+ theme in such a universally-accepted important book was amazing to me at the time, and also a bit scary. Although we were encouraged to think about how completely different Celie’s life in the book was to our lives (in the very white London-Kent suburbs in the late 1990s), it was also the first time ever that reading about a lesbian relationship was a normal thing to do. I still have the same copy and it’s now a friend. Recommended by Hayley Reed, Spectrum Co-chair and Marketing Project Manager. 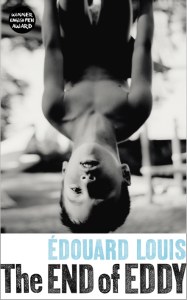 This autobiographical novel is a dark but very powerful social commentary on the cultural and socio-economic challenges across rural France (and indirect insight into the rise of Le Pen). A unique view into growing up gay, and all the bullying and torment that entails, Edouard Louis paints a compelling portrait of deprivation that lies as the root cause of ignorance and homophobic violence. Recommended by Patrick Hanley, Public Affairs Officer. Read a review on LSE RB. 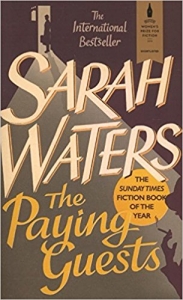 Sarah Waters’s books are often described as ‘page-turners’ and The Paying Guests is no exception. Even though it is a weighty 500+ pages long, I easily read it in a week’s worth of train commutes…I couldn’t put it down! Set in London in the 1920s, the book includes several of Waters’s favourite themes: social class, same-sex love affairs and crime. It is tense and compelling. Waters draws you in with her great storytelling and with exciting twists and turns along the way. I highly recommend this book. Recommended by Gillian Urquhart, Methodology Department Manager and Spectrum member. 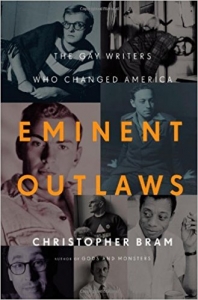 This book is a fantastic overview of the lives, stories and impact of two generations of gay writers in America – from Tennessee Williams, Gore Vidal and Truman Capote to Edmund White and Tony Kushner.  A fascinating read that is successful in combining the writers’ personal lives and the connections between authors with the wider social and cultural impact of their work. Recommended by Patrick Hanley, Public Affairs Officer.