Book Review: The Strains of Commitment: The Political Sources of Solidarity in Diverse Societies edited by Keith Banting and Will Kymlicka

In The Strains of Commitment: The Political Sources of Solidarity in Diverse Societies, editors Keith Banting and Will Kymlicka bring together contributors to explore how a commitment to solidarity is sustained in contexts of diversity. The collection contributes new perspectives on the role played by communities, agents, regimes and institutions as sources of solidarity, writes Clara Sandelind, while also periodically challenging the presumption of an inherent conflict between diversity and solidarity in the first place.

The Strains of Commitment: The Political Sources of Solidarity in Diverse Societies. Keith Banting and Will Kymlicka (eds). Oxford University Press. 2017. 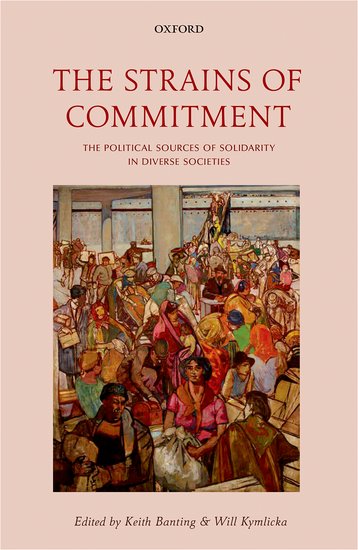 When John Rawls developed his theory of justice in 1971, he worried that it would be too demanding for citizens to comply with. Justice may require great sacrifice by some, he pointed out, especially by those who must forgo privileges. Committing to principles of justice in a ‘social contract’ could therefore prove too difficult; the realisation of justice is hampered by the strains of commitment. Increasingly, academics and policymakers are concerned that diversity makes the strains of commitment even greater. In diverse societies, the worry goes, it is harder to generate the solidarity necessary to support a just society.

Keith Banting and Will Kymlicka’s edited book, The Strains of Commitment: The Political Sources of Solidarity in Diverse Societies, provides an impressively comprehensive attempt to address this concern. Their main question is: ‘what types of political communities, political agents and political institutions and policies serve to sustain solidarity in contexts of diversity?’ Mixing theoretical and empirical chapters, the book is a welcome bridge between these two strands of research that have only recently begun to meet to answer this question. The three sources of solidarity outlined in the question provide a cohesive narrative throughout the book, despite the sometimes different approaches to studying solidarity and the multiple understandings of what solidarity is.

For answering the main question hinges on how one defines solidarity and diversity. Banting and Kymlicka provide an encompassing definition including three strands: civic, democratic and redistributive solidarity. To them, an intolerant society with a robust welfare state is not a solidaristic one. In terms of diversity, Banting and Kymlicka point out that different kinds of diversity may have different impacts on (various aspects of) solidarity (13). Similarly, Philippe van Parjis, in his concluding remarks, contends that solidarity-generating fellow-feeling is undermined by diversity, but that this depends partly on the diversity in question (423). 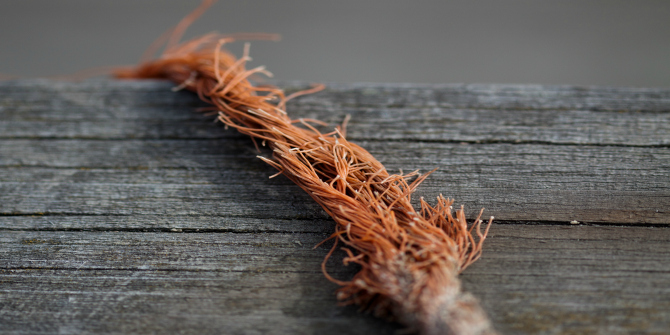 For example, the editors argue that some form of collective identity, such as a thin liberal nationalism, is necessary to generate solidarity (23). But especially for redistributive solidarity, a fundamental question raised in the book is whether identity is relevant in fostering support for the welfare state. Banting and Kymlicka claim, akin to Rawls, that strategic self-interest is not enough to ‘generate a just society’ (3). Peter Hall’s chapter provides a thorough discussion of this in relation to the literature on the emergence of the welfare state, pointing out that national identity and cultural homogeneity did not play a central role in its establishment. Rather, it ‘was constructed by political actors, campaigning in the name of social justice, who put in place the institutions and encouraged the worldviews that sustain social solidarity’ (217). Similarly, observing differences in how national identity relates to trust and solidarity in Canada and the US, Richard Johnston et al point out that the rise of the welfare state was facilitated by the distribution of power resources between capital and labour, which may explain differences between the two nations (171). Jacob T. Levy also argues that bounded solidarity and national identity, whether ethnic or civic, are not necessary. He believes instead that partisan democracy can be a source of justice (119).

Banting and Kymlicka themselves discuss these challenges to the main assumption – that justice requires more than strategic self-interest – in their introduction, making the plausible argument that welfare states likely developed in one way but are maintained in others. This allows for the view that while welfare states came about through group-based and partisan contestation, they are being sustained by feelings of national solidarity, in turn created by democratic and welfare institutions (9-10; see also Hall (217) and David Miller (74) on how welfare states and governments shape the identities of citizens). Banting and Kymlicka agree with Hall’s contention that once solidarity has been established by political movements, political parties and organised labour, it can be sustained by collective imaginaries (214). Yet, in Hall’s account, these imaginaries include not just a sense of belonging together, but also visions of social justice. Thus we arrive at a conundrum. Is it collective identity that contributes to solidarity, or is it the political values embedded in certain identities that do the job?

Indeed, the chapters by Johnston et al and Patrick Loobuyck and Dave Sinardet note that Scottish and Quebecois nationalism are underpinned by left-wing notions of redistributive solidarity and that they therefore positively affect solidarity. But if this is the way nationalism operates, it seems redundant in the presence of ideology. Levy is the one who calls out that the nationalist emperor might be naked, by drawing attention to this ‘unnecessary loop’ through national identity: ‘I believe in justice, therefore I feel an affective connection to my co-nationals and co-citizens, because it is through such affective connection that I will be motivated to pursue just policies’ (121).

However, Levy’s suggestion that partisan contestation underpins justice is also problematic at a time when parties are seemingly becoming less important as political actors mediating and legitimising the relationship between citizens and the state. As several chapters attest to, social democratic parties and trade unions, once vehicles for solidarity, are also in decline. At the same time, an assumption underlying the very research question is that national solidarity, possibly amid increasing diversity, is weakening too.

A possible rescue from this dire picture of the available political sources of solidarity is Bo Rothstein’s argument that it is institutions, not shared identity, that generate support for the welfare state. If institutions are perceived as fair and competent, they will produce, in accordance to Rawls’s predictions, their own support (314). The quality of institutions, Rothstein contends, will cushion any negative impact of diversity on social solidarity. Perhaps this could be translated to the political arena, too. For it appears to be precisely a sense of alienation and marginalisation from ‘mainstream’ politics – a sense of unfairness – that has resulted in the populist wave. And it is a similar, although often more institutionalised, marginalisation that prevents migrants from bringing their interests into the arena of political contestation.

As Ingrid Bloemraad suggests in her chapter, perhaps it is not solidarity that we need, but political conflict, to ‘[raise] the saliency of diversity and driving home to elites and the general public the necessity of dealing with existing inequalities’ (328). Lack of solidarity between majorities and minorities may not stem from the assumed absence of a shared identity, but from a mutual sense of alienation from political institutions that do not appear to be representing eithers’ interests. The task of political agents and policymakers may not primarily be to embark on a nation-building mission, but to address the question of how to build inclusive and fair democratic institutions and discourses. Likewise, the somewhat self-evident, yet consistently underestimated, conclusion that comes out of the observation on the importance of values is that to garner support for inclusive solidarity, political actors must convincingly argue for such a vision of justice.

The editors recognise from the outset that research on the impact of diversity on solidarity has come to something of a stalemate. This book gives the field a very good push forwards, both empirically and theoretically. Every chapter contributes to new perspectives on how political communities, political agents and policy regimes can be a source of solidarity. But some chapters also challenge the very premise of the research question, highlighting that the stalemate may not be caused by differences in methods, but by the theoretical assumptions about identity that predict a conflict between diversity and solidarity in the first place.

Clara Sandelind is a Leverhulme Postdoctoral Research Fellow at the University of Sheffield, Department of Politics. Her research looks at the relation between immigration, nationalism and the welfare state, as well as the ethics of refugee protection. Read more by Clara Sandelind.