With the overnight international bestseller Fire and Fury: Inside the Trump White House, Michael Wolff utilises his ‘semipermanent seat’ on a West Wing sofa to offer an insider account of the Trump administration. While critical of Wolff’s writing style, methods and failure to separate clear falsehoods from certainties, Jonny Hall concedes that the book remains a gripping read that is at its most revealing when discussing the warring factions shaping Trump’s Presidency. 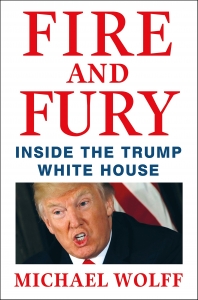 Michael Wolff’s Fire and Fury: Inside the Trump White House needs little introduction at this point. The book has become an international bestseller overnight, helped no doubt by the now-traditional Twitter explosion from President Donald Trump alongside the White House’s attempts to prevent the book’s publication – a la the Spycatcher affair in Britain in the 1980s. Several questions have arisen since Fire and Fury’s release, particularly regarding the reliability of some of Wolff’s claims as well as the book’s ‘usefulness’: has it provided any new insights, has it merely helped the Trump administration’s war against the American media, and so on. My take is that the book is at its best when discussing the internal battles within the current White House rather than when discussing the nature and mental state of President Trump. Here, Wolff’s relationship with Steve Bannon offers an illuminating and, one would hope, honest take – especially given Bannon’s political fallout with both Trump and the Mercer family.

There seems nowhere else to start other than Wolff’s now infamous ‘Author’s Note’ at the beginning of the book. In it, Wolff discusses the book’s sources, namely his 200 plus interviews with members of the Trump team and his ‘semipermanent seat’ on a West Wing sofa, making him ‘more a constant interloper than an invited guest’. The note also includes the following:

Many of the accounts of what has happened in the Trump White House are in conflict with one another; many, in Trumpian fashion, are baldly untrue. Those conflicts, and that looseness with the truth, if not with reality itself, are an elemental thread of the book. Sometimes I have let the players offer their versions, in turn allowing the reader to judge them. In other instances I have, through a consistency in accounts and through sources I have come to trust, settled on a version of events I believe to be true.

Naturally, I would rather Wolff make this statement than not, given the book that follows. However, what is most puzzling about this admission is why the author suggests he includes the ‘baldly untrue’ or, at least, his refusal to actually highlight his own doubts in the main body of the book: everything is presented as gospel. Whilst much has been made of Wolff’s factual errors, most of which appears to be merely sloppiness – confusing Mike and Mark Berman, labelling Wilbur Ross as the nominee for Secretary of Labour rather than Commerce etc – less has been made of this fundamental issue. I would consider myself more up-to-date with the occurrences of the Trump White House than the average Joe and Jane, but I certainly would not wish to ‘judge’ Wolff’s accounts with any pressure on said ruling. Fred Armisen, playing Wolff on Saturday Night Live, captured the problem nicely: ‘Look, you read it, right? And you liked it? You had fun? Well, what’s the problem? You got the gist so shut up.’ 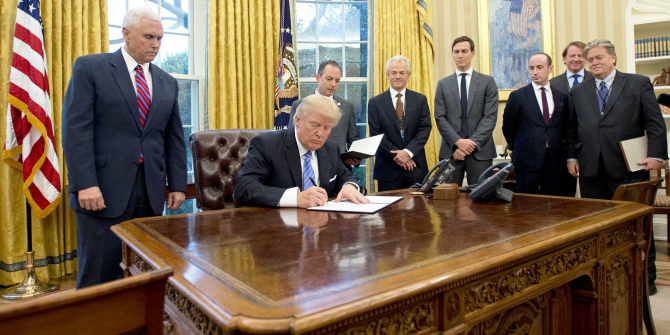 The other self-inflicted oddity is highlighted by the first chapter of the book, where Wolff recalls a dinner including Bannon and now-deceased former Fox News chairman Roger Ailes with exact quotes, adverbs and the like. It reads like a fiction book, and an uncomfortable one at that. As Mike Allen then reported, it sounded like Wolff was there because he was there – it was his dinner party (although Wolff’s argument that ‘off-the-record died with the death of the source’ regarding Ailes is notably questionable). Similarly, when we read Bannon’s admissions throughout the book, there are sections where it is obvious that he is speaking on-the-record with Wolff. Wolff’s failure to admit the uncertainties (and certainties) of the text strikes me as puzzling, but appears to be fully in keeping with his other works.

This is one of the grievances of what Wolff or Trump might call the ‘mainstream media’: that Wolff’s book is simply ‘gossip’, and that ‘gossip isn’t journalism’. Even when taking my ‘academic hat’ off, it is hard to offer a reasonable defence of Wolff’s writing methods. There is something to be said for Drew Margary’s view that Wolff’s book was only possible because of his different aims, but the willingness ‘to toss decorum aside and burn bridges’ hardly speaks to the critique of the author’s failure to offer any visible validity-based reflections. Furthermore, it is not entirely clear how much original content in Wolff’s book would rely on the type of journalism Margary describes. Daniel Drezner and James Fallows have both made these points with regards to their own writings on Trump, whilst Maggie Haberman and other New York Times journalists similarly seem to have great access to White House life.

This is why the most important parts of this book aren’t the gossip-styled accusations regarding Trump which have excited great furore – that he would ideally be in bed with a cheeseburger by 6:30pm or that he called current White House Communications Director Hope Hicks a ‘piece of tail’ – but the information on White House infighting, which is essentially Bannon’s insight, and on how specific policies were formed. As Fallows puts it, ‘Who and what Trump is has been an open secret’: one does not have to look far beyond daily political headlines or Trump’s Twitter feed to discover this. Where Wolff’s book is helpful sounds simplistic, but it is that it puts all of Trump’s blemishes in one place. And I agree with Wolff here in that there is ‘room’ for Fire and Fury, because it offers an alternative to the kind of journalism where you ‘forget’ the scandal that ‘happens the day before’, such has been the nature of the current administration.

It would be impossible to capture the ongoing battles between the White House factions of Bannon and Reince Priebus against Jared Kushner and Ivanka Trump (‘Javarnka’, as Wolff somewhat clumsily labels them, for he tends to treat them as a unitary actor) in any fair detail here, but make no mistake about it – this book is in large part Bannon’s, and is mainly about this dispute. Administration infighting is hardly novel nor is it an original pursuit to record it, but this is where Wolff’s book is most interesting. The factions regarding the administration’s withdrawal from the Paris Agreement or its limited missile strike in Syria on Russian-Syrian forces are entirely predictable, but Wolff offers a unique insight into how and why these factions might have been favoured by Trump, and the general irrationality and unpredictability of this process. Relatedly, the picture of Trump’s interest (or lack thereof) in policy decisionmaking, especially the making of the administration’s Afghanistan strategy is fascinating. In all, it acts as an important reminder that we should be very careful when talking of ‘President Trump’s strategy’, especially as Wolff makes the seemingly plausible claim that Trump’s speeches were the product of varying White House factions.

All that said, it is hard to ignore the sparsity of these sections. As has been noted, the failure to repeal Obamacare in the Senate ‘is dealt with in less than a single sentence, with no mention of Senator John McCain’s opposition’. There is nothing on the areas where Trump (thus far at least) appears to have been tempered (China and NATO come to mind), with little also on policymaking concerning North Korea, NAFTA, DACA and ‘the Wall’. I would suspect that the ‘adults in the room’ – John Kelly, James Mattis, Rex Tillerson and H. R. McMaster – have certainly had roles to play in these decisions, but only the lattermost features in any detail in Fire and Fury, and only when Wolff is referring to Trump’s contempt of his ‘boring’ nature. Similarly (but perhaps expectedly), Mike Pence is almost nowhere to be seen.

In sum, I would contend that this book is slightly more accurate than is generally being portrayed, but Wolff’s methods and writing style hardly aid his cause. Much of the information here has been reported in the ‘mainstream media’, but Wolff’s ultimate achievement is compiling the trials and tribulations of the Trump White House into the longer form, albeit if his repetitive writing style leaves much to be desired. This format allows for greater detail and depth on White House infighting and, crucially, how this has affected the administration’s policy in its first year. Whatever its pitfalls, this makes Fire and Fury a gripping read.

Jonny Hall is a PhD Candidate in International Relations at the LSE. His research interests lie in American foreign policy, specifically counterterrorism discourse in the Donald Trump era and the value of presidential rhetoric in this area in historical comparison. Read more by Jonny Hall. 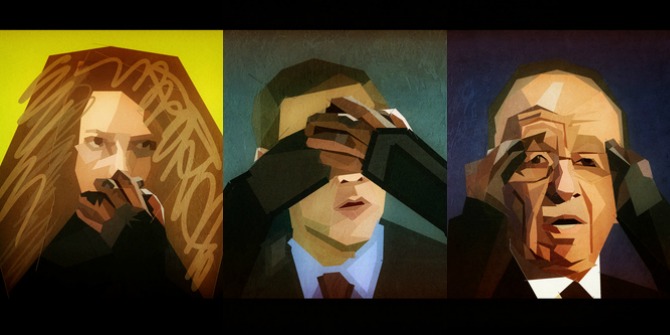