In The Contemporary Femme Fatale: Gender, Genre and American Cinema, Katherine Farrimond shows how the femme fatale – primarily associated with the classic film noirs of the 1940s and 1950s – remains a remarkably resilient and malleable figure in the present, tracing her appearance across a variety of genres in contemporary US cinema. This is a well-argued, convincing study, writes Fiona Handyside, with a reading of the femme fatale that demonstrates her capacity to pose vital and complex questions about the representation of women’s agency, sexuality and desire in the current cultural landscape. 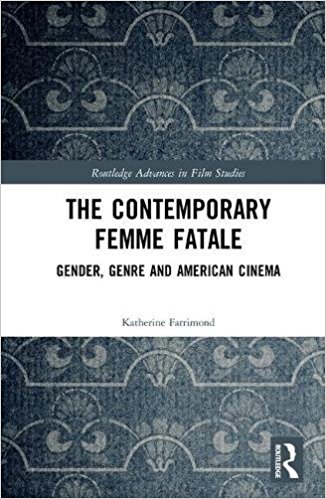 As 2018 emerges as a watershed year for the position of women in cinema, following the allegations about Harvey Weinstein, the #metoo and #timesup campaigns and some of the world’s most famous female actors discussing endemic problems of sexual abuse in the film industry, Katherine Farrimond’s thorough, well-argued and convincing book, The Contemporary Femme Fatale: Gender, Genre and America Cinema, is an especially important and significant read. This is because, as Farrimond makes clear, the question of female power and victimhood is inextricably linked to the question of woman’s sexuality.

The lived experiences of women working in the film industry and the fantasies of American cinema are not equivalent and the stakes are different. There is nevertheless a powerful connection between the way films repeatedly, across genres from the erotic thriller to the science fiction fantasy, imagine women as using their sexuality for access to power and personal gain, and the way these grubby abuses of female actors also imagine female sexuality as an asset to trade. Farrimond makes clear that the figure of the femme fatale is a remarkably resilient and malleable formulation that poses questions about girls, women, sexuality and power in an accessible and popular form, and through the very repetitive nature of her actions makes clear ‘the limited options for [female] empowerment and agency in contemporary American culture’ (14).

The figure of the femme fatale is primarily associated with the classic noirs of the 1940s and 1950s, to the extent that their relation is practically a tautology – can one have a noir without a femme fatale? Does the presence of a femme fatale automatically qualify a film as noir? The femme fatale has been key to some of the most influential feminist theorising of cinema and women, including work by Laura Mulvey (1974), Janey Place (1978) and Mary Ann Doane (1991), as these critics turned their attention to the classic noir canon and its interest in the beautiful yet deadly women whose sexuality is a trap for the male victim. Yet, as Farrimond persuasively argues, the issues that the femme fatale raises for feminist criticism – such as how female sexuality is linked to mystery and duplicity, whether sexuality can be a legitimate route to empowerment and how much female sexuality expresses authentic desire in patriarchy – resonate still in contemporary culture. 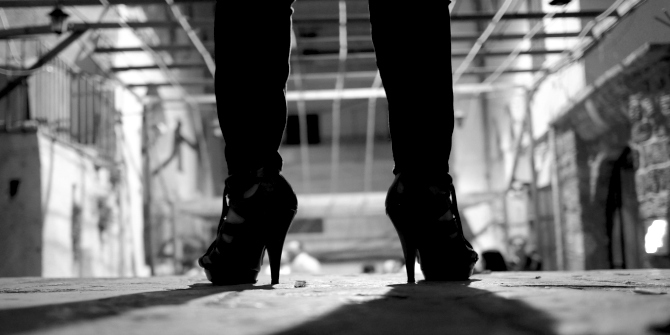 Most importantly, the femme fatale is unshackled in the book from the smoky confines of noir as Farrimond traces her appearance across genres, considering then not only contemporary plays on noir heritage such as L.A. Confidential (Hanson, 1997) and Shutter Island (Scorsese, 2010), but also films as varied as erotic thriller Basic Instinct (Verhoeven, 1992), art-house mystery Mulholland Drive (Lynch, 2001), teen black comedy Pretty Persuasion (Siega, 2005) and sci-fi hit X-Men: The Last Stand (Ratner, 2006). This allows the study to pinpoint how the femme fatale proves a remarkable device for representing key social anxieties. If classic noir criticism holds that the femme fatale proved an effective way to express fears about women’s increased social and political power following the granting of suffrage and their greater workplace presence due to World War Two, so, implicitly at least, here we find the femme fatale used to address various contemporary issues. Farrimond outlines how the figure is deployed to ask questions about teen girls torn between narratives of girl power and anxieties about premature sexualisation; about sexual and gender identity; and about technological change and genetic mutation.

Through careful close readings, Farrimond demonstrates time and again a concern with trying to match behaviour and identity. Especially interesting here are the chapters on bisexuality, where Farrimond argues that:

the femme fatale’s fluid and opaque sexuality offers a revolutionary potential to disrupt current popular discourses on monosexuality, gendered binaries, and the idea that what you currently see of someone’s sexual behaviour offers a complete map of their sexual orientation (102).

The bisexual woman and the femme fatale both complicate the idea of a straight-forward reading of women and sexual pleasure (no pun intended). In the case of the bisexual woman, her sexuality refuses to settle into a binary structure. While Sara Ahmed (2006) imagines sexual orientation as a turning toward some objects and away from others, the bisexual femme fatale’s mobility posits a multiplicity of concurrent orientations. As for the femme fatale, we cannot necessarily match motives and desires in any sustained way. Issues of knowledge, deception and the unseen, invisibility and disguise hover over the femme fatale and queer cinematic representation, allowing Farrimond a bracing intervention which reclaims mystery and duplicity as a feminist approach to sexuality, not as a way of deciding between categories (gay or straight? Authentic or duplicitious? Pleasure or power?), but of disputing the very notion of categories themselves:

In the instance of the bisexually active femme fatale, attempting to define her as bisexual is a venture that threatens to reproduce the very assumptions about transparency of sexual activity that bisexuality challenges […] the importance of these films lies in their unwillingness to pin down the femme fatale’s sexual mystery by attributing a specific sexual identity to her, and the way in which none of her actions can be entirely claimed as entirely motivated by sexual desire or as an example of the femme fatale’s sexual manipulations (124).

This concern with categories and boundaries ironically bedevils the history of noir criticism itself, as Farrimond, quoting Linda Williams (2005), acknowledges: noir is a critical category that ‘invites excesses of categorisation – perhaps critical morphology is one way of shoring up the anxiety of generic (and gender) diffuseness’ (4). This longstanding critical obsession with trying to define noir, its unusual historical genealogy as a hybrid form ‘made in America but invented by the French’ (Vernet, in Copjec, 1994), finds an intriguing resonance in Farrimond’s final two chapters in which she explores the science fiction film. In possibly the most original chapters of the study, for as Farrimond explains, there has been little sustained discussion of how frequently the sci-fi genre deploys the femme fatale trope, Farrimond finds a desire to explain the hybrid alien-monster-woman through autopsy/surgery and a patronising need to separate the woman’s power from her body, so that power itself is something other to and foreign from femininity. She finds the most feminist promise in films which refuse to offer an origin narrative for their monstrous or cyborg femmes, since ‘a lack of origins […] becomes subversive and discomforting’ (154) and means that ‘powerful female monsters are not simply diagnosed and deactivated’ (162).

In this book, Farrimond favours a hopeful and optimistic reading of the femme fatale, although she acknowledges the admixture of the reactionary and the progressive we may well expect in such a frequently deployed type. Across all eight chapters, what emerges is the energising leakiness of the figure. Farrimond frequently finds the femme fatale in a liminal place: caught between life and death as a beautiful corpse; as an adolescent; as bisexual; as a cyborg. Perhaps it is this very liminality which makes the femme fatale such an engaging and useful figure for working through complex questions about the representation of female agency, sexuality and desire in the current cultural landscape. The book raises important questions about female agency and how, in American cinema, this is still above all represented by powerful women who meet highly normative standards for female beauty. That these women are themselves beginning to turn the spotlight on the abusive sexual practices which may well underline some of these representations makes this book all the more timely.

Dr Fiona Handyside is Senior Lecturer in Film Studies at the University of Exeter. She is the author of Sofia Coppola: A Cinema of Girlhood (I B Tauris, 2017) and Cinema at the Shore: The Beach in French Film (Peter Lang, 2014). She is the editor with Kate Taylor-Jones of International Cinema and the Girl: Local Issues, Transnational Contexts (Palgrave, 2016), and editor of Eric Rohmer: Interviews (University of Mississippi Press, 2013).