The Naxalite movement in India is one of the longest-running guerilla insurgencies in the world. Shortlisted for the Orwell Prize 2019 for Political Writing and the New India Foundation Book Prize 2019, Nightmarch: Among India’s Revolutionary Guerillas is framed around author Alpa Shah‘s seven-night trek with Maoist guerrillas, and draws on her one-and-a-half-year stay with indigenous people in a Maoist guerrilla stronghold, to offer an intimate and much-needed account of the movement. Shah’s powerful, reflective and deeply engaged scholarship recognises the innumerable social, economic, political and personal forces that drive the most marginalised into the Naxalite struggle while also acknowledging the movement’s many contradictions, writes Anwesha Dutta. 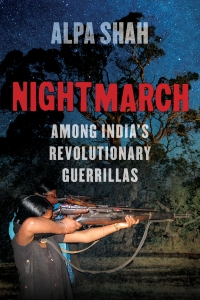 Nightmarch: Among India’s Revolutionary Guerillas brings a new lease of life to a world of high theory and jargon towards which the field of anthropology is increasingly moving. Rarely does a work of social science transport one so fully into the lives and worlds of those whose stories are being recounted. Alpa Shah succeeds in doing just that and more by combining ethnographic profundity with almost cinematic vividness. Nightmarch refers to a seven-night trek which Shah undertook with a Naxalite guerilla platoon to traverse through the forests of Bihar to Jharkhand in 2010. The Naxalite movement is one of the longest-running guerrilla insurgencies in the world. To me, Nightmarch provides a realistic, intimate and much-needed account of the lifeworld of the indigenous population that lives in the forests of eastern India and how their lives are imbedded within the larger Naxalite movement that seeks to create an egalitarian society for the most marginalised. At the same time, it is the enthralling story of Shah’s own journey as a researcher, grounded in her years living with India’s indigenous populations, and a reflexive exploration of the movement’s history, its intricate structures and manifold layers along with the inherent dichotomies and contradictions both within and outside.

In fact, perspectives on the Naxalites have tended to fall into two broad and diametrically opposed camps. There are those who view the Naxalites as enemies of the state and believe association with them in any way should be punishable under law, with little weight given to contexts and circumstances. On the other hand, the opposing analysis centres on them being an emancipatory force: indeed, as martyrs or ‘Robin Hood’ figures committed to lifting people out of poverty, caste, class and gender structures. Shah’s powerful, reflective and deeply engaged scholarship built up through the course of the book surpasses these binaries by recognising the innumerable social, economic, political and personal forces that drive the most marginalised, the ‘underbelly of the Indian boom’, into the Naxalite struggle while also acknowledging the movement’s many weaknesses, contradictions and downsides.

Shah effortlessly traverses from recounting her personal experience of walking with the guerillas to life stories of a few Maoists she got to know intimately in either the course of the march or through earlier encounters to stories about the local villagers and larger developmental issues surrounding India’s democratic processes. For example, on page 146, on the third day of the march when they come upon a highway where in the dead of the night convoys of trucks speed by carrying coal, she uses this event to discuss the larger issues around big business, like the Tatas taking over Adivasi land and villages and transforming them into industrial towns like Tatanagar. In this process the Adivasis who lived on the land of the original steel plant were pushed to the margins of these mines, towns and cities struggling to survive through this development and reduced to a life of abject poverty.

The major themes in relation to the movement which Shah delves into relate to what motivates young men and women to join, the movement’s take on violence, how the Naxalites are funded, gender and insurgency, along with pointing out the inherent contradictions within the movement itself. Besides lending a human face to the Maoists she met in the course of her sojourns, she suggests the self-sacrificing idealism of the movement’s leadership. She recounts how many senior Maoists were born into high-caste, middle-class, educated families, but were swept up in the global protest movements of the 1960s and 1970s, eventually abandoning their families and privileged career prospects to fight as full-time revolutionaries for some of India’s poorest people. For instance, Gyanji, the leader of the platoon with whom Shah marched, still retained the tender, light-skinned feet of his high-caste upbringing, even 25 years after joining the Maoist ‘Jungle Sarkar’ (forest state). He is in some ways an implausible guerrilla, more interested in ‘the dance of starlings’ and ‘European and Hindi-Urdu poetry’ than in landmines.

Simultaneously, Shah also pays close attention to the stories of rank-and-file Adivasis like Kohli and Vikas, among others who join the Maoists for a bewildering variety of reasons. 16-year-old Kohli fled home to the Maoists because his father slapped him for spilling a small cup of milk. For others, joining the Naxalites appeared to be an adolescent rebellion, a way of escaping the control of their families and experiencing the world beyond their village. For many, this also entailed a sense of power and freedom, financial return or even love interests. Moreover, the trek through the jungle emboldened Shah to ask some extremely difficult questions, giving a rare insight into the world of the Naxalites. At one point, Gyanji concedes that the internal structures and contradictions within the movement have been responsible for creating its own Frankenstein’s monsters, like the likes of Vikas, who he believes could eventually ‘destroy the movement and its vision for a different world’.

Given the everyday forms of structural violence that loom large through the vast presence of security forces, lack of access to health, education, sanitation and basic amenities and the deplorable state of poverty that the Adivasis have lived in, it has only made sense for the movement to take up arms in retaliation. Interestingly, whilst Shah draws the link between the Naxalite’s use of political violence as a response to that of the Indian state towards the poor, she seemed less convinced about such violence when it comes to their own comrades, especially those who were co-opted by or turned to the other side or those whom the Naxalites shot dead as police informers, betrayers or traitors.

An inherent contradiction within the revolution has concerned what the Naxalites believed to be ‘from the masses to the masses’. In fact, many of the Adivasi societies they worked with and in were egalitarian to begin with and had not yet been wholly penetrated by capitalist values. Ironically, it is the revolutionary movement which has brought the state closer to the Adivasis, increasing the spread of capitalist values as well as caste hierarchies, in turn undermining the cause of a communist society. On the one hand, this has involved greater awareness of government schemes and the redistribution of services to the larger community; on the other hand, it resulted in young men getting sucked into capitalist forms of exchanges.

Moreover, due to the way that the movement was forced to embrace gender and caste within its ambit, it appears that patriarchy invariably seeped into its structures and isolated women within the movement. Shah talks about this at some length in Chapter Seventeen. As can be seen in other insurgent movements like that in Nagaland and Manipur in the north-east of India, women in the Naxalite movement provide much-needed day-to-day logistical support. The Maoists also set up women’s groups across villages and worked towards equal wages and agrarian rights. To some extent, they also trained some women to take up arms and fight in the combat. However, women on the move were not encouraged to get pregnant and usually have had to either have abortions or have babies sent to friends and relatives.

On page 157, Shah subtly talks about the more mundane yet life-threatening aspects of living in such surroundings, such as mosquito bites that can lead to brain fever and have killed far more people than the Naxalites or the security forces; yet, there is no comprehensive health plan in India to tackle malaria. On page 57, I find these lines almost darkly humorous: ‘death by the security forces, death by brain fever, death by Lariam (a prophylactic drug for brain fever)? The choices seemed bleak’. This simple sentence is actually loaded with the positionality and reflexivity of undertaking fieldwork in sensitive spaces, in being attentive not only to security-related risks but also health risks which are often overlooked.

In conclusion, Shah provides a bibliographic essay on the Naxalites by tracing the vast genres of work that have focused on the movement, on the relationship between the Indian state, democracy, development and the Naxals. What comes across as both a strength and perhaps a slight weakness of the study is that Shah does not really explicitly state her position towards or perspective on the movement. Yet, I find this to be liberating in many ways, since as an academic working within sensitive spaces, one is often expected to take a certain stand. The honest narrative that Nightmarch offers will find resonance beyond a usual academic audience and will strike a chord with anyone interested – policymakers, development practitioners and general readers, particularly those in India. The work is a perfect illustration of the unique contribution anthropologists can bring in comprehending the world we live in.

Anwesha Dutta is a Post Doctoral Researcher at Christian Michelsen Institute(CMI),  Bergen, Norway. She holds a PhD in Conflict and Development Studies from Ghent University, Belgium. Although her research broadly centres on resource conflict, crisis conservation and environmental politics, for her doctoral thesis she worked on the intersections between environmental conflict and ethno-political violence in the India-Bhutan borderlands in Assam, India. She has worked very closely with indigenous and forest-dwelling communities on issues of ethnicity and identity.

Amendment: The review was amended on 14 May 2019. The original post referred to ‘the forests of central India’; this has since been amended to read ‘eastern India’.

Anwesha Dutta is a Post Doctoral Researcher at Christian Michelsen Institute(CMI), Bergen, Norway. She holds a PhD in Conflict and Development Studies from Ghent University, Belgium. Although her research broadly centres on resource conflict, crisis conservation and environmental politics, for her doctoral thesis she worked on the intersections between environmental conflict and ethno-political violence in the India-Bhutan borderlands in Assam, India. She has worked very closely with indigenous and forest-dwelling communities on issues of ethnicity and identity. 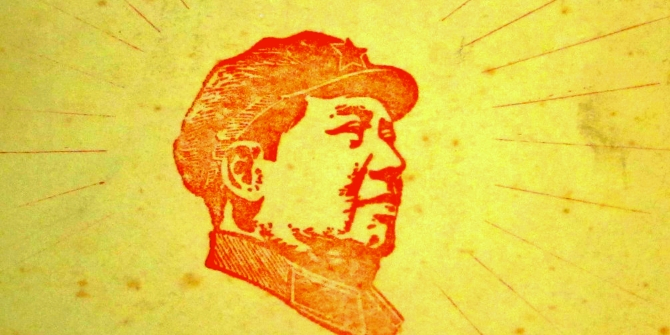