In Beyond Debt: Islamic Experiments in Global Finance, Daromir Rudnyckyj takes the reader into the world of Malaysian financial, religious and state regulatory experts who aspire for Islamic finance to stand as a genuine alternative to conventional finance. The result is a powerful story that illuminates the emergence of new centres of global capital outside the familiar Western metropolises, and stretches our fundamental assumptions of the logic of debt as the necessary building block of financial capitalism, write Anna-Riikka Kauppinen and Johannes Lenhard. 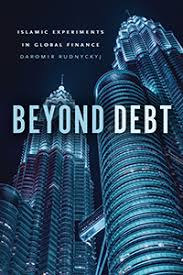 Since the 2008 subprime mortgage crisis that spread from its epicentre in the US outwards to interconnected financial markets, public commentators and academics have been confronted with a pressing question: how should financial markets be organised to ensure a more stable and predictable economic future? And, perhaps even more urgently, what alternatives, if any, exist to what is often termed ‘conventional finance’ that enables fast concentration of wealth in the hands of a select few? Beyond Debt, Daromir Rudnyckyj’s book on Islamic finance in Malaysia, makes an important intervention into current debates on contemporary finance premised on the centrality of debt and interest, speculation and leverage of risk as the key profit-yielding devices.

Rudnyckyj takes the reader into the world of Malaysian financial, religious and state regulatory experts who aspire towards the kind of world where Islamic finance stands as a genuine alternative to conventional finance. They seek to make the country’s capital, Kuala Lumpur, the ‘New York of the Muslim world’: in other words, the centre of capital flows, knowledge production and innovation in Islamic finance. But more than that, these experts aspire to develop more sustainable models of organising the entire global financial apparatus by drawing on the kind of economic principles laid out in the Qu’ran. Rudnyckyj follows the debates, experiments and infrastructures of knowledge that emerge when Islam meets global finance and Malaysia’s aspirations of global leadership in the aftermath of the 2008 financial crisis. The result is a powerful story that illuminates the emergence of new centres of global capital outside the familiar Western metropolises, and stretches our fundamental assumptions of the logic of debt as the necessary building block of financial capitalism.

Rudnyckyj places the exceptional growth of Islamic finance in Malaysia in the context of postcolonial state-building in which Islamic finance was seen as a development strategy to empower the country’s majority Muslim population to meet their financial obligations while observing religious principles. As a result of strategic state investments in Islamic financial infrastructures and legal frameworks, Islamic finance has become one of the fields, alongside halal food, where Malaysia seeks to be a world leader. As the latest step in this trajectory, the 2008 financial crisis in the US and Europe sparked new interest in the religious origins of Islamic finance in Malaysia, which Gulf-based finance experts had come to regard as ‘too permissible’ in allowing the kind of financial instruments that would be rejected in the Arab peninsula on religious grounds.

Rudnyckyj captures the rethinking around what makes finance ‘truly Islamic’, and hence an alternative to conventional finance, through a detailed ethnography among various, at times conflicting, groups of experts. At the centre of Beyond Debt is the work of experimentation that combines financial products and legal innovation with reflections on the economic principles located in the Qu’ran. Rudnyckyj takes us into the depth of the struggles between Malaysian state regulators, politicians, central banks, Islamic financial firms, religious authorities and Shariah scholars who go to great lengths in debating what constitutes ‘authentic’ Islamic finance. They come to identify debt as the key problem in conventional finance and a threat to the ‘spirit’ of the Qu’ran. Debt-based instruments, these experts argue, pose a systemic risk to the global financial system because they enable speculation (its parallel, gambling, prohibited in the Qu’ran) and fast accumulation of wealth through leverage, which is vulnerable to changes in what they call the ‘real economy’.

Islamic finance, on the other hand, starts from the principle of equity, which allows one only to invest what one already owns. Instead of seeking large profits through investing borrowed funds to buy houses, for instance, or creating money ‘out of nothing’ through fractional reserve banking, Islamic finance starts from the principle of slower but more sustainable growth by investing money together. In the banking world in focus here, the equity-based logic of action promotes ‘risk sharing’ rather than risk transfer (e.g. the use of collateral to free banks from risk), which positions banks as co-investors in the companies, houses and other projects they fund. Similarly, bank depositors are cast as participants in the bank’s profits, as well as its losses. This type of finance, as the professionals state, conforms to the ‘spirit’ of the Qu’ran and is thus ‘shariah-based’ rather than merely ‘shariah-compliant’. They come to the conclusion that finance that truly adheres to shariah law is only possible using equity, rather than debt, as the central logic of organising relations between financial institutions and the wider public.

Beyond Debt is a fresh contribution to the emerging empirical literature on financial institutions and finance professionals in the social sciences. It is part of a sustained wave of interest in the anthropology of finance, which thus far has explored the stock exchange in Shanghai (Ellen Hertz, 1998), Chicago and London pit traders (Caitlin Zaloom, 2006) and the larger distributive effects of Wall Street investment banks (Karen Ho, 2009). More recent studies have extended the anthropological horizon into the sphere of derivatives (Arjun Appadurai, 2015), Central Banks (Douglas R. Holmes, 2015) and, most recently, Swiss financial analysts (Stefan Leins, 2018), private equity investors (Daniel Souleles, 2019) and wealth managers (Brooke Harrington, 2016). Apart from Bill Maurer’s (2009) early studies, Islamic finance has only been a marginal theme in this field of anthropology, in as much as ethnographies of banks outside the Western world remain scarce. These are the gaps that Rudnyckyj closes elegantly by linking considerations about the failures of the conventional Western banking system with a possible alternative in the form of Shariah-based Islamic banking. Moreover, Beyond Debt shows how the ‘centre’ of global finance is currently reconfigured through new networks of knowledge and expertise in which religious identity plays an important role.

Besides these insights, Rudnyckyj also makes a methodological statement on how to study finance anthropologically. While many scholars of Islamic finance have asked whether Islamic finance is really different from conventional finance, Rudnyckyj presents this debate as an object of ethnographic investigation. In this sense, he introduces a new methodological approach to the study of finance, which he calls ‘practical anthropology’, presenting one’s interlocutors as ‘co-analysts’ and participants to solving theoretical problems. Most importantly, Rudnyckyj shows that such debates emerge in a particular place at a particular historical conjuncture: in his case, in the post-2008 Malaysia where Islamic finance was already an explicit, state-supported project of nation-building gaining new momentum as a result of the shortcomings of conventional finance exposed by the 2008 crisis.

Beyond Debt also continues Rudnyckyj’s earlier work on the intersection of religion, neoliberalism and modern capitalist practice in the spirit of Max Weber’s The Protestant Ethic and the Spirit of Capitalism. His first monograph, Spiritual Economies: Islam, Globalization, and the Afterlife of Development (2010), explored Islam as a medium of human resource management in an Indonesian state-owned factory facing privatisation and loss of state support. At the core of his scholarly contributions is the development of new analytical approaches to the study of religion, capitalism and neoliberalism, which he understands as something more than the imperative of the free market; rather, neoliberalism stands for a ‘practical technology for forming human beings’ (Rudnyckyj 2018, 212). Religion, in this framework, becomes an affective technique of self-formation that is not opposed to capitalist practice, whether industrial production or the work of designing new financial instruments, but constitutes this practice from within. As he persuasively shows, religious texts, rituals, subjectivities and debates can become key constituents of distinctive types of capitalist practices that emerge at a particular place and time, and hence lend themselves to a specific type of comparative project: the study of capitalisms in plural (e.g Weber, 1978; see also Ho, 2005).

This finding is also where we see avenues for further explorations. While Rudnyckyj provides a nuanced reading of the debates that surround Islamic finance and its ‘authenticity’, we were left wondering about the precise role that Muslim faith plays in inspiring the experimental ethos around Islamic finance. For instance, does divine presence matter, and in what sense is the divine an ‘agent’ in shaping the contours of Islamic finance on the ground (e.g. Jon Bialecki, 2014)? Does Allah speak to Islamic financiers and offer investment advice through prayer, for instance? While the methodology of following how Islamic finance emerges as an object of problematisation among experts in meetings, conferences and workshops is a fantastic starting point, future studies could focus on deepening the scale of this problematisation by gaining more insight into the religious lives of financial experts beyond the office and work space.

What makes Rudnyckyj’s contribution so valuable is how he manages to scale up what appears like a niche theme – Islamic finance – to foundational questions of modern economic life. He demonstrates how human imagination can stretch to alternative ways of arranging the structures of global capitalism. Implicitly, we take his volume as a call for identifying alternatives and experiments parallel to Islamic finance elsewhere (he mentions one such alternative: venture capital (177)). At the core is the question as to whether there is a better, and more just, financial system to be made.

Whether equity-based instruments, including the venture capital industry, provide the answer can only be the subject of future investigations. A further, important question in this regard concerns the kind of redistributive debates that equity-based models of finance may introduce to the public sphere. Apart from acknowledging that ‘slower’ economic growth through equity-based instruments may ultimately be more sustainable, the Islamic financial experts who Rudnyckyj follows do not seem to have, yet, much to say about the kind of politics of redistribution that would democratise access to the benefits deriving from equity-based financial systems. They do, however, open up the possibility that there are different economic moralities imaginable that go beyond debt, which social studies of finance are ideally suited to explore further.

Note: This review gives the views of the authors, and not the position of the LSE Review of Books blog, or of the London School of Economics and Political Science.

Anna-Riikka Kauppinen is a Research Associate at the Max Planck Cambridge Centre for Ethics, Economy and Social Change. Her doctoral project explored young people efforts to make a career as 'professionals' in Ghana's capital, Accra. Her new project investigates the close social networks between West African-owned private enterprises and Charismatic Pentecostal churches in Accra and Lagos.

Johannes Lenhard is the Centre Coordinator of the Max Planck Cambridge Centre for Ethics, the Economy and Social Change (Max Cam). While his doctoral research was focused on the home making practices of people sleeping rough on the streets of Paris, he is currently working on a new project on the ethics of venture capital investors in Berlin, London and San Francisco. Find his twitter at @JFLenhard.