In Rethinking US Election Law: Unskewing the System, Steven Mulroy offers comprehensive considerations of arguments in favour of and against proposed reforms of US election law. This is an excellent and engaging read that exposes the structural flaws in the US government system and provides tangible, achievable proposals to address them, writes Erica Frazier. 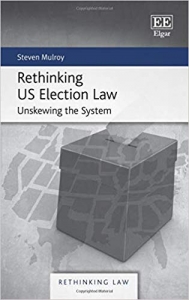 The United States has come to a political crossroads. Few Americans have favourable opinions of Congress. There is not a single third-party member of Congress, though there is widespread support for an alternative political group. Rampant gerrymandering means politicians choose their voters, and the Supreme Court has once again declined to intervene. Steven Mulroy’s book, Rethinking US Election Law: Unskewing the System, is an excellent response to what feels to many like a total impasse, exposing a number of structural problems as well as tangible, realistic proposals to address them.

Mulroy has had an impressive career in election law and voting rights, writing numerous articles over the years and serving as a voting rights litigator, elected official, election reform advocate and a Professor of Law at the University of Memphis. These varied experiences manifest in the book’s comprehensive considerations of arguments in favour of and against proposed reforms, as well as in its clear, authoritative style. Each chapter is concise and meticulously sourced and footnoted for additional reference. Mulroy also avoids the pitfall of focusing on American exceptionalism to the point of ignoring instructive lessons from other countries. The book features a well-organised index and chapters with straightforward titles, making it very reader-friendly. With a few pleasant witticisms, popular culture references and a Southern aphorism or two, this is not the dry textbook students fear, but a good resource for anyone interested in American governmental dysfunction and ideas for improvement.

Overall, the book follows a fairly classic structure of identifying and outlining problems then proposing solutions. The first half of the book highlights the ways in which the popular will is systematically thwarted. According to Mulroy, the electoral college, internal Senate rules and single-member winner-take-all districts have led to undemocratic outcomes. The evidence bears this out. The US is currently led by a president whom a majority did not vote for. There is an average difference of 6 per cent between the share of votes a party receives and the number of seats it gets in the US House of Representatives (174). In a system predicated on majority rule, a 41 per cent minority of senators, representing less than 33 per cent of the population, frequently block national legislation (174). In the second half of the book, Mulroy outlines his plan to fix the system. He argues these flaws not only can be remedied, but that there would be no need for a constitutional amendment to do so.

Chapters Two, Three and Six detail the means to ensure the Electoral College follows the popular will, reforms Senate rules that lead to obstructionist hang-ups and establishes nonpartisan commissions to end gerrymandering. Chapters Seven and Eight describe the potential benefits of changing the chaotic US electoral system to one based on ranked choice voting, or RCV. (In the interest of full disclosure, I should state here that I work at FairVote, an organisation advocating the implementation of RCV across the US.)

For those who are unfamiliar with RCV, under the system voters are allowed to rank their preferred candidates. In single-winner races, if no candidate reaches an outright majority, the candidates with the lowest vote shares are eliminated and their votes transferred to the next-ranked person on the ballot. The process continues until one candidate secures 50 per cent of the vote. A similar process is in place for the multi-winner form of RCV, with the additions that the thresholds for victory are lower, and that as well as eliminating candidates with the lowest vote shares and redistributing their votes, a winning candidate’s votes in excess of the electoral threshold are redistributed.

Mulroy advocates both the single and multi-winner forms of RCV to improve elections in the US. The book claims that with the implementation of RCV, there would be improved competition among candidates, better turnout and more civil campaigns. It goes on to say that while coupling single-winner RCV with nonpartisan redistricting commissions could help combat some of the democratic deficit in the US, still more reform is necessary. To Mulroy, single-winner RCV is a transitional step towards multi-winner RCV and the benefits it provides.

While Congress is becoming increasingly diverse, it still falls short in terms of reflecting the varied political, ethnic, racial, gender and sexual identities and orientations of the American people. Mulroy claims that rather than relying on a single representative to reflect the will of thousands of diverse Americans in a district, new multi-member districts, with more representatives elected via RCV, would provide more proportional representation for all Americans while undermining the practice of gerrymandering. The author is in good company here. Other prominent scholars of American politics have also advocated instituting multi-member districts to solve gerrymandering and its attendant problems. The LSE USAPP blog features one such case study of the state of Maryland.

While Mulroy underscores the potential for single and multi-winner RCV to resolve problems at the national level, he identifies state and local governments as the primary testing grounds for such reforms. The state of Maine’s experience seems to support this conception of electoral reform bubbling upward. Single-winner RCV was first used in the state’s largest city and has since spread to the election of federal representatives. The idea of using single-winner RCV as a stepping stone to a multi-winner system has yet to come to fruition in the US, though Minneapolis uses both systems in parallel to select representatives for its Park and Recreation Board.

Since the book is premised on making changes without the need for constitutional amendments, there are limits to what it deems ‘conceivable’. Those interested in more radical changes – such as guaranteeing all Americans a fundamental right to vote, or abolishing the Senate outright – might find the book somewhat disappointing in its scope. Further, the book spends almost no time discussing who is allowed access to the ballot box or how. While acknowledging representation in the US Senate is inherently skewed due to demographic trends, it limits its recommendations to improving the body’s internal workings, such as killing the filibuster. Shifting senatorial elections to a more proportional system via two-winner RCV is written off as extremely difficult to achieve and offering little payoff. For a book dedicated to electoral reform, it seems little would have been lost in describing this sort of change as a possible though unlikely outcome of the transition from single to multi-winner RCV. These characteristics do not detract from the book’s overall value, however. They are likely due to the author’s perspective developed through long involvement in the fields of voting rights and electoral reform, and highlight the need for more research and discussion.

On the whole, Rethinking US Election Law is a timely, well-written argument in favour of electoral reform in the United States. It advances achievable solutions that could go a long way towards solving the country’s current democratic breakdown, and is an excellent read for anyone interested in ‘unskewing the system’.

Erica Frazier is Research Manager at the nonprofit nonpartisan electoral reform group FairVote. She received a joint PhD in political science from Queen’s University Belfast in Northern Ireland and the Université d’Orléans, France. Her current research interests include electoral systems, political economy and political discourses and movements in the United States, United Kingdom and Ireland. 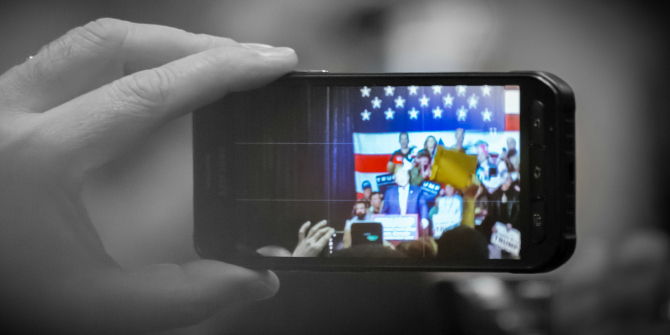