In Alarums and Excursions: Improvising Politics on the European Stage, Luuk van Middelaar argues that recent crises since 2010 have transformed the European Union, which has moved from a politics of technocratic rule-making to a politics of improvisation in response to uncertainty and events. This is a sharp and refreshing analysis of European crisis politics, writes Zbigniew Truchlewski, that deserves to be read alongside other classic studies of the EU. 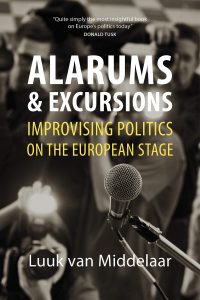 In Alarums and Excursions, Luuk van Middelaar offers a sharp and refreshing analysis of European crisis politics since 2010, which comes in the wake of his brilliant book, The Passage to Europe (2013). His approach is original because he eschews traditional ‘-isms’, instead opting to use political theory to shed light on the transformations of the European Union (EU). Among other thinkers (Hannah Arendt, Montesquieu, Alexandre Kojève), Machiavelli is revisited in a stimulating manner. But this theoretical approach should not fool you: van Middelaar is not only a distinguished philosopher who writes in a very accessible manner, collaborating with scholars including Amartya Sen, Philippe van Parijs, Jürgen Habermas and Pierre Rosanvallon. He also witnessed most of the events he analyses first-hand as a speechwriter to former European Council President, Herman van Rompuy.

For van Middelaar, the crises of the 2010s transformed the EU. The EU moved from a politics of technocratic and depoliticised rule-making (i.e. building the single market) to a politics of events, uncertainty, improvisation and power politics (i.e. dealing with unforeseen crises). Interestingly, some EU players themselves do not understand this essential transformation. In the introduction, van Middelaar remembers how, during a seminar, EU officials were at pains to see the difference between the quiet politics of fish quotas in the 1980s and the tumultuous politics of refugee quotas in the mid-2010s. This is dangerous because, as shown later in the book’s chapter on the refugee crisis, such a mindset can lead to technocratic overreach.

Switching European politics from rules to events requires re-inventing the ‘performance space’ of the EU: the EU moved from the depoliticised space of committee politics to the more open and transparent space of summitry and parliamentary elections. Van Middelaar calls the latter an open stage where improvisation becomes the norm. 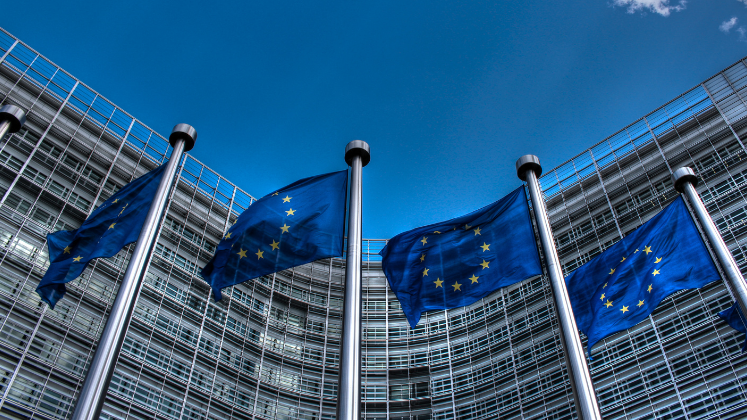 Another key idea of the book revolves around the emergence of a new authority in Europe. Here, van Middelaar leverages the writings of other philosophers (Hegel, Kojève) in another brilliant application of political theory to current politics. In short, the crises have created a new authority structure in the EU where the European Council plays first fiddle because it is the only institution that has joint authority (derived from European voters) to improvise during unforeseen crises. As a result, the EU has become a ‘confederal’ structure, more akin to the United States or Switzerland than to the imaginary strong federation (e.g. with a president, foreign minister, treasury) preached by some pro-Europeans.

The book has two parts. The first analyses four recent crises in as many chapters: the Euro crisis; the crisis in Ukraine (2013-15); the refugee crisis of 2015; and the Atlantic crisis (the 2016 election of President Donald Trump in the US and Brexit in the UK). Although there is a significant amount of publications on each of these topics already, scholars of these crises will find many thought-provoking insights.

In analysing Article 50 and Brexit, van Middelaar argues that the EU killed the idea of its own perpetuity. But this could be a good thing for democracy: in van Middelaar’s words, the EU ‘could no longer rely on a ‘’yes’’ at the altar but needed the support of unpredictable populations, day in, day out’. Making the EU more ‘perishable’ seems to make it also more democratic. At the end of Chapter Six, van Middelaar also points out that breaking away from universal perpetuity by thinking and moving ‘into the river of time’ will allow Europe to think more strategically: it will force it to consider how to be prepared for unforeseen events by switching from regulation to capacity building.

The main analytical action happens in the second part of the book. The author explains why moving from the politics of rules to the politics of events is a Machiavellian moment for Europe. What is at stake is getting a grip on historical reality (virtù) and letting go of the religious incantation of ‘ever closer union’ (fortuna). In this sense, German Chancellor Angela Merkel’s words about taking destiny into ‘our own hands’ and emancipating Europe from its own history of salvation is Machiavellian.

But this is not such an easy thing to accomplish for several reasons. One is that it is hard to find compromise among states that define events differently. Here, the author could have gone further in showing how problem pressures and the differences in initial conditions (e.g. the centralisation of power in France vs. decentralisation in Germany) lead to coordination problems in the face of unexpected events like the Euro, refugee or the COVID-19 crises. Other hurdles on the stage include the habit of depoliticisation, the weight of the community method (that is, the governing method of the EU in which, in contrast to intergovernmental decisionmaking, supranational institutions like the European Commission or the European Court of Justice play a leading role) and the taboo of talking about national interests.

Still, EU actors have managed to change the way they operate on the European stage. The most important development is the emancipation of European executives through the establishment and development of the European Council. The Council deals with ‘Chefsache’ (issues that have to be dealt with by ‘the boss’) when there is urgency, when existing frameworks have to transcended, during deadlocks or when the fundamentals have to change. From this vantage point, van Middelaar implies that the European Commission is the great loser from the advent of event politics because it cannot derive political authority for dealing with uncertainty from simple legal competences, while the Council can derive it from democratic legitimacy.

Another new actor is the opposition. This is one of the most stimulating chapters in the book: it argues that because there is no clear government in Brussels, no clear opposition could emerge. As a result, if opposition cannot happen within the EU, it will happen against the EU (for example, Brexit). This problem is a powerful self-undermining mechanism for a polity; counter-intuitively, letting opposition organise is one way to strengthen the EU. But what kind of opposition does the newly emancipated power in the EU create?

Van Middelaar discusses several options: functionalism (backstage depoliticisation or introducing politics in rule-making processes); federalism (frontstage politicisation through the European Parliament); and confederalism (frontstage politicisation through national leaders). Each of these solutions has its own problems: for instance, how to introduce opposition in a setting like the Council where consensus is the rule? Even though van Middelaar does not give a clear-cut solution, his discussion is worth mulling over.

The book has some minor shortcomings, such as observation bias: one wonders whether once crisis politics recedes, the authority and political structure of the EU will revert to traditional rule-making politics. Van Middelaar assumes that the change is permanent, but this premise is never really discussed. These minor quibbles notwithstanding, this original and well-written book deserves to be read together with many other thought-provoking classic EU studies such as Stefano Bartolini’s Restructuring Europe or Jan Zielonka’s Europe as Empire, to name just a few.

Dr Zbigniew Truchlewski (PhD Central European University) is a Research Officer at the London School of Economics, on the ERC Project led by Prof. Waltraud Schelkle, ‘SOLID - Policy Crisis and Crisis Politics. Sovereignty, Solidarity and Identity in the EU post 2008’. Before joining the European Institute, Zbigniew was a Swiss Government Excellence Scholar at the University of Geneva, and a Max Weber Fellow at the European University Institute, a Reese Miller Fellow at Cornell University and has worked at the European Central Bank, the European Commission (DG ECFIN) and the OSCE. He holds degrees from the Sorbonne (BA), Sciences Po Paris (MRes) and the College of Europe (MA). Zbigniew has published on the comparative politics of taxation, the political economy of the Euro, the external governance of the Euro, on fiscal policy in Germany and Central European politics. 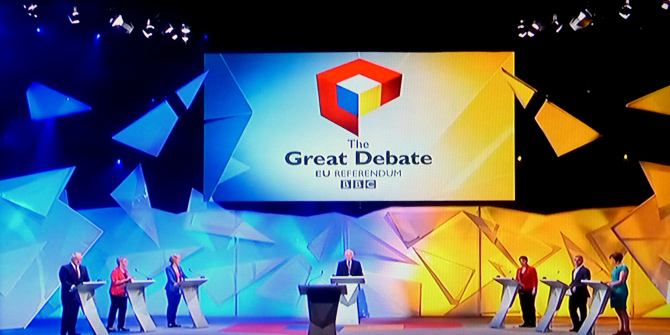