In Employment in India, Ajit Kumar Ghose offers a concise guide to understanding different aspects of employment in India, written using accessible language for a general audience. With the book’s analysis supported by rigorous empirical work and up-to-date data, Varsha Gupta recommends it to researchers of labour economics. 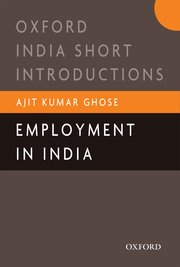 Employment in India by Professor Ajit Kumar Ghose is a primer to understanding the Indian employment scenario since Independence. Part of the Oxford India ‘Short Introductions’ series, it’s a concise guide to different aspects of employment in India, written using accessible language for a general audience. The insights and facts presented are up-to-date, using the 2016 employment data, while the epilogue provides statistics using the Periodic Labour Force Survey (PLFS) 2017-18 data.

The book is divided into five chapters, with the first two chapters introducing the various definitions and concepts used in the book to underline the nature and characteristics of employment. The third chapter is empirical and charts the trends for six decades using four sources of data: the Employment-Unemployment survey by the National Sample Survey Organisation (NSSO); annual data on employment by the Labour Bureau; organised sector data by the Directorate General of Employment and Training (DGET); and the Census. In the fourth chapter, the reasons behind the trends are explained, while the concluding chapter outlines an optimal strategy to meet the employment challenges of India and discusses the future.

The author begins by outlining the growth strategy since Independence, which has been more inclined towards the service sector and is driven more by domestic demand than exports. The Indian economy skipped the growth in manufacturing where returns to scale are higher and positive spillovers can be attained. Before delineating the employment patterns using data, the second chapter discusses the various terms often used in labour studies and this book, including the modern sector, the traditional sector, wage and self-employment as types of employment, the formal and informal sector, structural change etc. It provides the reader with clarity on these concepts before they are used in further analysis. Details on the Lewis model (which shows that as a country develops, there is movement of labour from agriculture to the modern sector), the interlinkages between the modern (formal) and traditional (informal) sector and the role of employment in connecting economic growth and development constitute the rest of the chapter.

In the third chapter, trends of employment indicators are brought out for the period 1950 to 2016, alongside a list of all the various data sources used. It is an exhaustive list for early career researchers in labour economics. It is highlighted that the low unemployment figures, which are often taken to be a positive reflection of the labour market, do not present a bright scenario in a developing country like India as it does not indicate full employment. Being unemployed is a luxury here, and only a few can afford it; the rest take up whatever employment is available to them. Three pieces of information emerge from the analysis; the unemployed in India are less poor and more educated; the rate of unemployment increases with education level; and it decreases with age as some individuals get employed while others leave the workforce altogether. 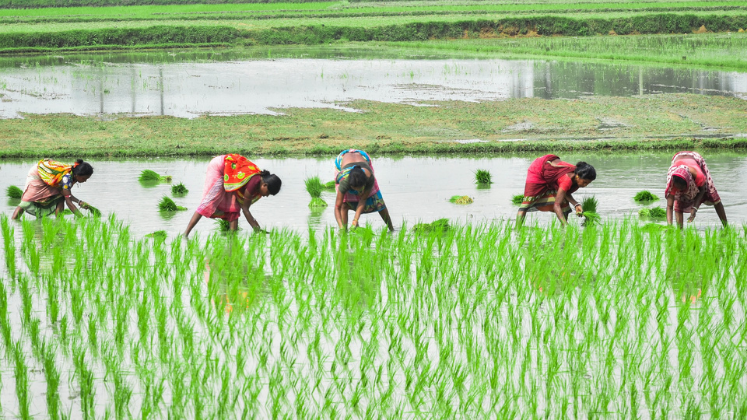 In addition, on pages 53-54, the author talks about low female employment and the reasons behind it. Reduction in distress participation (work undertaken in times of economic hardship) along with poor demand for female labour are major factors. The author mentions that ‘withdrawal from poor jobs did not have to mean withdrawal from the labour force’, pointing towards the unavailability of better jobs for women.

Furthermore, trend analysis on pages 57-80 draws out the structure of employment. Self-employment has gone down, while the share of wage employment has increased in total employment. This is in line with the iron law-importance of agriculture in employment declines and wage employment’s share rises as a country experiences economic growth. The share of formal employment in India went up until 1973 and declined thereafter. It went up again between 2005 and 2012. The Employment Quality Index, developed in the author’s previous work to statistically measure employment conditions, is calculated for the period 1955 to 2016 and on average presents a slight decline.

In the fourth chapter, the author explores the relationship between economic growth and employment. While growth hasn’t been poor in India, employment indicators reflect a poor scenario. Decent growth was experienced by the Indian economy, especially after liberalisation reforms in 1991 were introduced, due to overseas finance and remittances. The service sector took the lead: an enigma which is peculiar to India. The process of structural transformation, brought about by growth in the modern or non-agricultural sector, did not occur in India. This is reflected in the statistical indicator ‘employment elasticity’ (percentage change in employment associated with a 1 percentage point change in economic growth) of non-agricultural growth. It declined during the period 1978-2000 and 2000-12, implying that labour was not pulled out of agriculture at a fast rate. The failure of the manufacturing sector and the low employment intensity of the service sector are two factors behind this. Within the service sector, the skills-intensive areas of ‘communication, finance and business services’ led the growth. This eventually led to slow absorption of the abundant low-skilled labour available in the country.

After drawing out the employment situation in India and the explanations for it, the author provides a roadmap to achieve development via employment generation in the last chapter. India needs to create 12.5 million jobs per annum with a focus on low-skilled workers in order to enable the economy to reach the point where there are no surplus workers (the Lewis turning point). While research often highlights the significance of employment creation for the educated and the skilled, the author places emphasis on low-skilled employment. Employment generation in the non-agricultural modern sector and productivity increases in existing jobs in agriculture are required. A structural transformation process where growth is concentrated on manufacturing rather than service-led can bring the desired changes in the Indian job market (138-40). The concern regarding automation replacing low-skilled labour in manufacturing is also discussed. Up until now, this has occurred primarily in capital and skill-intensive sectors of manufacturing. So, the strength of manufacturing in employment remains, even in the twenty-first century.

This book offers a comprehensive analysis of employment in the Indian economy. The nature of the employment challenges faced by India and the growth pathway required to meet them are summarised. However, it’s a long read for a non-specialist reader. Since it touches upon the various aspects of employment using data, this can detract from the larger narrative for the reader. That being said, the information provided in various boxes is useful for researchers in labour economics, with definitions given for various concepts and indexes used in the analysis. Throughout the book, the analysis is supported by rigorous empirical work and the epilogue updates it with the latest available data. Employment in India is recommended for students in labour economics.

Varsha Gupta is a PhD research scholar in Economics, currently in fourth year, at the Centre for Economic Studies and Planning, Jawaharlal Nehru University New Delhi India. She is working on female employment in India with the use of NSS data for her PhD research. Her interests include gender, labor, employment and development economics.