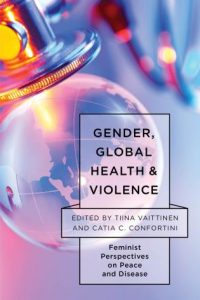 Confortini and Vaittinen are feminist peace scholars working on the intersections of peace research and global health. They hope to foster a discourse in the peace research field that is similar to what has developed between the International Relations and Global Health fields. The thesis for the volume is that Peace Research and Global Health have traditionally not engaged sufficiently with each other – Peace Research primarily considering Global Health in terms of securitisation; and Global Health failing to consider more nuanced definitions of violence – therefore, there is much to learn from cross-disciplinary and interdisciplinary conversations that bridge these two fields. To do so, the authors have engaged with a diverse group of leading scholars from Sociology, Public Health and Political Sciences, amongst others, who have brought together a range of perspectives and research methods to explore the complexities of gender and sexuality in relation to peace, violence and health.

Both Peace Research and Global Health share a common goal – the wellbeing of populations impacted by conflict and violence – but have approached it using different theories, definitions, methodologies and priorities. The common troubling exclusionary practice between the two fields, however, continues to be the limited use of an inclusive gendered lens, where ‘gender’ is often seen as encompassing less important ‘women’s issues’ or added as an after-thought to programmes, policies and laws that have normalised male health needs and priorities, and marginalised or ignored sexual minorities. The authors are motivated by the conviction that peace research should move beyond ‘metaphors about healthy societies and recognise concrete, embodied health as pivotal to the study of peace/violence’ and include feminist approaches in peace research. 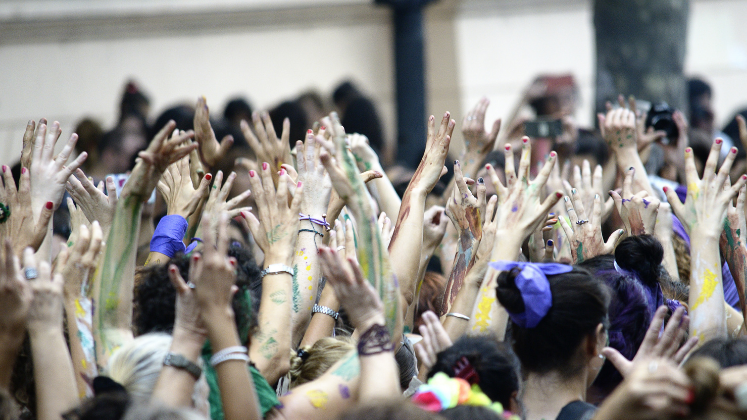 Peace research seeks to examine different forms of societal violence with the normative goal to decrease violence and increase justice. Peace Research can thus provide ways to capture a more nuanced understanding of violence that extends beyond structural definitions typically found in Global Health. The chapters in the volume describe different and intersecting forms of violence (direct/interpersonal, structural, epistemic and symbolic) and examine what the authors call the ‘messy entanglements’ between violence and gendered global health issues. Finally, they present some ways forward for reducing and eliminating violence.

The authors are motivated by the conviction that peace research should move beyond ‘metaphors about healthy societies and recognise concrete, embodied health as pivotal to the study of peace/violence’

Across its twelve chapters, the authors present empirical case studies that unpack how a narrow definition of gender results in multiple and intersecting forms of violence in the everyday. In the first section of the book, authors examine structural violence and how it manifests through sexual and reproductive healthcare in crises, HIV stigma and structural violence among a transgender population in Indonesia, breast cancer detection in Uganda and the politicisation of HIV treatment in South Africa. The second section explores the complexities of how violence impacts health outcomes and access, and how it intertwines with cultural and gender norms. The chapters present the possibilities of using art in dementia care which they argue is a feminised and stigmatised disease. They use the real-life example of a woman in the US with dementia and the film Still Alice to explore stigma, suicide and symbolic violence.

This section also looks at the criminalisation of abortion care in Mexico, where structural limitations lead health professionals to report women seeking abortions, and wartime sexual violence against men by exploring data collection in the Great Lakes Region and in Northern Ireland. The third section looks at how peace and justice can be achieved from therapeutic justice, community responses to intimate partner violence and self-protection for carers who experience violence in Finland. The diversity of topics presented in the volume allows the reader to gain a broader perspective on the intersecting issues related to health, gender and violence.

Taken together, the contributions demonstrate that definitions of violence used in Peace Research using a feminist perspective are particularly relevant for Global Health. The volume touches on some of the extensive work that has been developed by global health researchers who helped to push this agenda forward in the health domain. The pioneering and highly influential work of feminist global health researchers who developed quantitative measures and tools for gender-based violence are addressed in chapters focused on public health approaches. This work contributed to violence being declared a public health concern by the World Health Organisation (WHO) in 1996, with a specific focus on violence against women and girls.

As noted in Chapter Two, wellbeing is not purely the absence of direct forms of violence, but rather an ‘enabling environment’ for people of all genders to exercise their bodily autonomy. Chapter Three delves into some of the issues faced by individuals who do not fit into gender binary categorisations, highlighting that gender in its broadest sense, as well as intersecting social categorisations, must remain a priority in research and practice. Overall, the authors of this volume take the definition of violence further than many global health researchers by positing that structural inequalities also represent a form of epistemic violence and are attributable to someone by explicitly politicising structural violence, rather than analysing them as consequences of abstract systems.

Gender is a central category for analysis in this volume. The authors acknowledge that gender has been a long-term area of interest within Global Health; however, they recognise the limitations of how it is constructed within Global Health and Public Health. Despite a long history of research and limited recognition of the relationship between gender and health, only recently has the global health community called for greater accountability and action around gender. This includes going beyond narrow definitions of gender to instead capture how gender norms sustain gender inequality and intersect with other social inequalities.

The analysis in this volume is directly relevant to the global Women, Peace & Security (WPS) agenda which, to date, has only addressed health to a limited extent. This includes issues around sexual and reproductive health rights (SRHR), which are explored in Chapter Two, as Maria Tanyag explains: ‘The absence of critical interventions in health and wellbeing, particularly SRHR that can progressively stem the root causes of gender inequality from emergency relief to long-term development assistance, reinforces the entire invisibility of the gendered bodies that end up bearing the brunt of crises.’

This inclusion is important, as others have argued that currently sexual and reproductive health is not prioritised within WPS and the agenda does not address the importance of women’s agency and access to health in conflict and post-conflict settings. The volume further highlights the importance of women’s participation in public health and global health governance decision-making bodies, where a lack of representation is a form of violence, especially where women make up most of the social care and public health workforce. This aligns with the feminist peace research and the WPS agenda, where structural violence is tied to power relations that inform who decides what should be prioritised and where resources should be allocated. Women’s participation, as the editors of this volume argue, is an important area where Peace Research and Global Health overlap.

Despite a long history of research and limited recognition of the relationship between gender and health, only recently has the global health community called for greater accountability and action around gender

It is now over a year since the start of the global COVID-19 pandemic, which has widened structural inequities (alongside a host of other health and socio-political challenges), and has seen increases in gender-based violence, violence against children and political violence. We have seen the rapid securitisation of healthcare policy around the globe and the resulting gendered impacts of the pandemic. Although this volume was released pre-pandemic, it remains nonetheless relevant and timely looking forward.

The contributors to this volume highlight how using a gender lens is fundamental to addressing the complicated relationship between global health and violence. As Sophie Harman states in the conclusion of this volume, exploring gender, violence and health is an opportunity to ‘shine a light on the silenced, marginalised, and unseen relationships and entanglements between health and different forms of violence’ and offers a way to ensure that their needs are visible and addressed. The chapters in this book offer a starting point for peace researchers on how to approach health and violence, and in line with its feminist principles, indicate how this research can be used to bring about change.

Note: This review gives the views of the authors, and not the position of the LSE Women, Peace and Security blog, the LSE Review of Books blog, or of the London School of Economics and Political Science.

Leah Kenny is a Humanitarian Affairs Assistant at Médecins Sans Frontières (MSF). Leah was a Research Officer within the LSE Centre for Women, Peace and Security where she was part of the methodological innovations research stream of the UKRI GCRF Gender, Justice and Security Hub and working on developing a new global index for violence, gender, and health. Before joining LSE, Leah worked at the London School of Hygiene &amp; Tropical Medicine (LSHTM) where she managed the Nomadic Health Project. Leah has an MSc in Sexual and Reproductive Health Research (LSHTM), and a BSc in Human Sciences (UCL).

Posted In: Contributions from LSE Staff and Students | Gender and Sexuality | Health and Wellbeing | International Relations 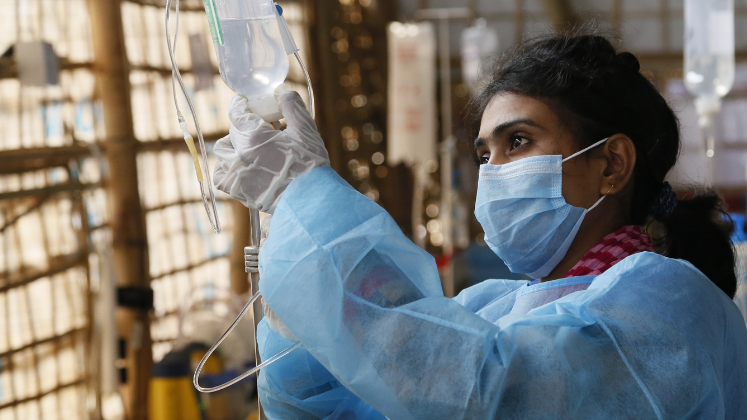