We Slaves of Suriname by Anton de Kom, the first book on Surinamese history written by a Surinamese man, gives a detailed historical account of the horrors of slavery and the transition into ‘free’ citizenship under Dutch colonial rule, telling a story of tragedy and hardship as well as self-love and resilience. As this seminal work of twentieth-century anticolonial literature is published in English for the first time, Phaedra Haringsma reflects on its contents, De Kom’s life and the life the book has taken on after De Kom’s death.

If you are interested in finding out more about Anton de Kom, you can read Phaedra Haringsma’s post on the Africa at LSE blog, a winning entry in the LSE student writing competition Black Forgotten Heroes, launched by the Firoz Lalji Institute for Africa. You can explore further resources on decolonisation in higher education at the Firoz Lalji Institute for Africa’s Decolonisation Hub. 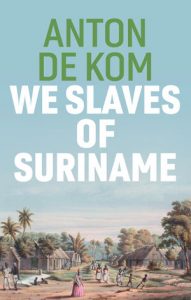 We Slaves of Suriname, the first book on Surinamese history written by a Surinamese man, gives a detailed historical account of the horrors of slavery and the transition into ‘free’ citizenship under Dutch colonial rule – a freedom largely overshadowed by poverty and hunger. Yet this seminal work of anticolonial Surinamese literature goes beyond tragedy and hardship. Anton de Kom tells a story of self-love and resilience, teaching the reader lessons that are as relevant today as they were when they were first written down 88 years ago. Those familiar with his work liken De Kom’s legacy to that of Frantz Fanon, W. E. B. Du Bois and C. L. R. James.

No figure of choice

This is not just a book review, because We Slaves of Suriname is not just any book. Its contents, De Kom’s life and the life the book has taken on after De Kom’s death are so intricately linked that all three must be discussed to answer this key question: why am I writing this review in 2022, and not in 1934, when the book was first published?

The short answer is that, until today, the book was never translated into English. The reason why is as simple as it is complicated. Before De Kom wrote We Slaves of Suriname, he was an influential political activist with an unshakeable sense of justice – no figure of choice for the colonial Dutch government.

He was banned from giving lectures in Suriname, and when he continued his activism by other means, he was illegally jailed without charge. A peaceful protest demanding his release was violently crushed by the police, killing at least one and injuring many in the crowd, after which De Kom was forced to leave Suriname as an exile. It was during this period, in the Netherlands, that he wrote We Slaves of Suriname.

The first edition of the book was heavily censored and did not cause the shockwaves it potentially could have. Yet Suriname and the Netherlands respectively have a university and a square named after De Kom, and his book has been somewhat like a bible for anticolonial activist groups after they rediscovered his work in the 1960s.

Ironically, it was mass protests against racism and police violence that put De Kom back on the agenda. Catalysed by the #BlackLivesMatter protests of 2020 and organised by a new generation of Black Dutch activists inspired by his work, his book became a bestseller in the Netherlands. And that’s when, finally, the stars aligned in favour of an English translation. 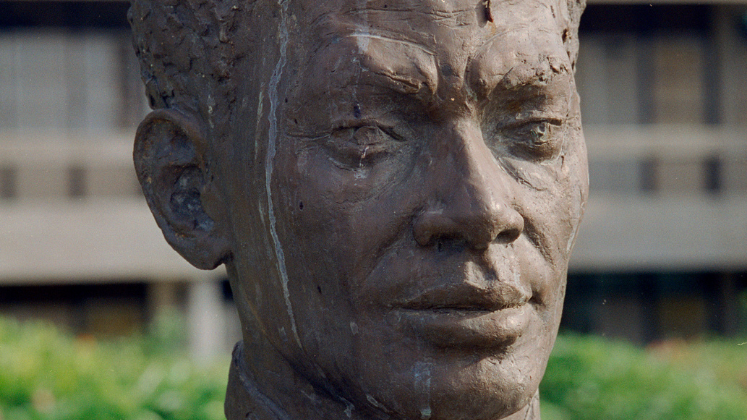 We Slaves of Suriname consists of an introduction and three essays, the first covering the period from the arrival of the first white men on the shores of Suriname, until the abolition of slavery on 1 July 1863.[1] In this essay De Kom recounts in gruesome detail the torture inflicted on the enslaved population, to such an extent that many a reader will need to put the book away before regaining the strength to finish these passages.

There are two elements that make this book revolutionary. First, with great wit and a healthy dose of sarcasm, De Kom rewrites Surinamese history by centring acts of resistance against slavery, portraying them as a source of national pride. The true heroes of De Kom’s narration are the Maroons, communities of people who did not just escape slavery, but also waged a successful war on the colonial oppressor, inflicting considerable damage on the colonial economy. De Kom’s perspective is remarkable, because until this day, Surinamese Maroon communities are marginalised and face considerable racism (and colourism) as well as other forms of exclusion.

De Kom criticises the process of manumission, during which the slaveholders were compensated, but not the enslaved: ‘The more slaves, the more silver. Commissions were formed to register the slaves, determine their age (approximately), and throw in a complimentary Dutch name. This was how Jansen, Krijnsen, De Kom, and other such euphonious names took the place of Jaü, Codjo, Abenibo, and the like, which we inherited from our fathers.’ (142)

By consistently referring to the enslaved as our fathers and our mothers, De Kom reminds the reader that the memory of slavery does not lie in a distant past. Indeed, his father was born into slavery, making De Kom both a first- and second-hand witness to the institution and its aftermath.

Second, De Kom uses eclectic stylistic and literary means to centre a history that has barely been archived, its records created by the coloniser. Across all chapters, he skilfully weaves his own experiences through the history he narrates: for example, when condemning how colonial education has led the Surinamese people to internalise racism: ‘It took a long time before I could free myself entirely from the obsessive belief that a Negro is always and unreservedly inferior to any white. I remember that one of my friends had a little sister who did not want to walk outdoors with her own brother, because his skin color was a shade darker than hers.’ (84)

In some passages, especially those describing the virtues of the Maroon protagonists, he mixes historical facts with fiction to re-humanise those who had suffered centuries of de-humanisation and to stir a sense of pride in his Surinamese audience: ‘Every step that the white commander Molinay took toward her made her shiver. She was trembling like a leaf, blood surging to her heart. But Séry was a brave woman. She pressed her child’s soft arms to her throat and kissed her again as little Patienta was torn from her embrace.

No scream came from her lips; she simply gazed at Ensign Molinay with fire in her eyes and then rose to her feet, displaying her pride to the white soldiers, defying them all without the slightest fear.’ (95)

In the last essay of the book, De Kom directs his gaze to the present and the future, the class struggles of the Surinamese people and the persecution he himself faces. De Kom’s tireless political activism would later turn out to be his death sentence in a country that now prides itself for its tolerance and civil liberties. After joining the Dutch Resistance movement against the German occupier in World War II, De Kom died in a concentration camp, two weeks before the end of the war. He was survived by his wife and four children.

In We Slaves of Suriname, Anton de Kom, son of a former slave, regains agency over Surinamese history, while seeking to instill a sense of pride in the people of Suriname. Whether he has been successful remains up for debate, just like the question of whether he sometimes idolises the Maroon rebels to the extreme. But what is not up for debate is the fact that We Slaves of Suriname is one of the most important works of twentieth-century anticolonial literature. And as of today, it is available to the world in English. At last.

Nonetheless, in 2021, a journalist interviewed De Kom’s grandson Antoine and his great-grandson Vincent, suggesting the renewed interest in their (great-)grandfather’s legacy could be a reason to celebrate.

Antoine de Kom replied: ‘Celebrate? There’s little to celebrate about my grandfather. […] Suffering, emptiness, and loss dominate. […] One day, he just disappeared. […] For years, my grandmother sat by the window of her The Hague home, waiting for her husband to return.’

[1] That slavery was officially abolished did not mean that the practice of coerced labour came to an end in Suriname. Between 1863 and 1873, the ‘formerly’ enslaved were not allowed to leave the plantation system, receiving only two-thirds of the wage rate for free labourers as set by the colonial government in 1861.

Phaedra Haringsma is a writer, photographer, and MSc International Relations student from Amsterdam. A previous nominee of the Rijksmuseum Junior Fellowship for her debut documentary on institutional racism, she is interested in political economy, colonial history and contemporary colonial power dynamics. 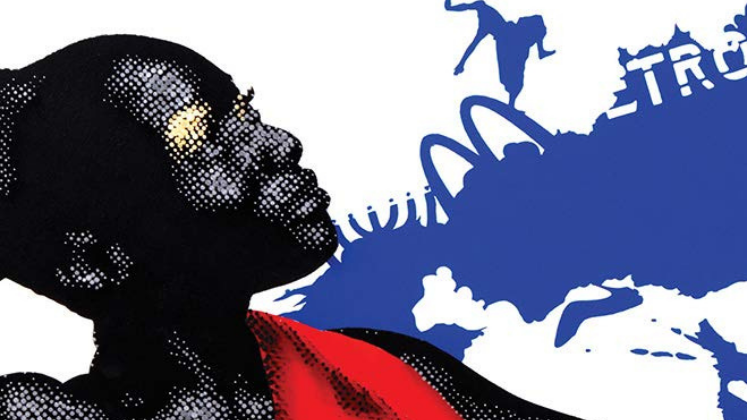