Book Review: The Connections World: The Future of Asian Capitalism by Simon Commander and Saul Estrin

Book Review: The Connections World: The Future of Asian Capitalism by Simon Commander and Saul Estrin

In The Connections World: The Future of Asian Capitalism, Simon Commander and Saul Estrin explore the role played by the close web of relationships between business and politics in the region. This is a compelling book that shows the impact of ‘the connections world’ on inequality, productivity and innovation in Asia, writes Nigel Driffield, and offers proposals for reform.

If you are interested in this book review, you can listen to a podcast or watch a video of Simon Commander and Emeritus Professor Saul Estrin discussing the book at an LSE Department of Management event held on 29 September 2022. 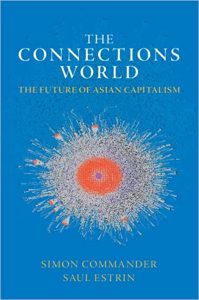 Simon Commander and Saul Estrin’s The Connections World challenges many of the lazy assumptions that emerged about ‘Asian capitalism’ in the aftermath of the 1997 Asian financial crisis, without dismissing the broad conjecture concerning corporate governance in Asia. What is compelling is how the book clearly sets out what the authors consider to be the main implications for the real economy in terms of jobs, innovation and productivity, rather than simply economic growth. One of the most powerful aspects of the book, at least to someone who is used to the narrative of the ‘Asian Tiger’ and high productivity growth, is the bleak picture the authors paint regarding the long-term ability of the region to address inequality and productivity simultaneously. Despite completely different governance structures and histories, this challenge is remarkably similar to that faced in the West.

A thread that runs through The Connections World is that when one evaluates the financial and economic development of Asia, commonality is more important than difference. As the authors argue, connectedness through family and political ties has become more important, and possibly more pervasive than one might expect, given the heterogeneity of ethnicity, language, culture and political discourse that one finds across the continent. The authors argue (perhaps not strongly enough) that the main feature of this connectedness, the dominance of business groups, has led to an insider/outsider economy. This is dominated by cross holdings and political connections, benefitting the few and relegating the many to either precarious employment within the formal economy or to the informal economy, which would be considered very large by Western standards. 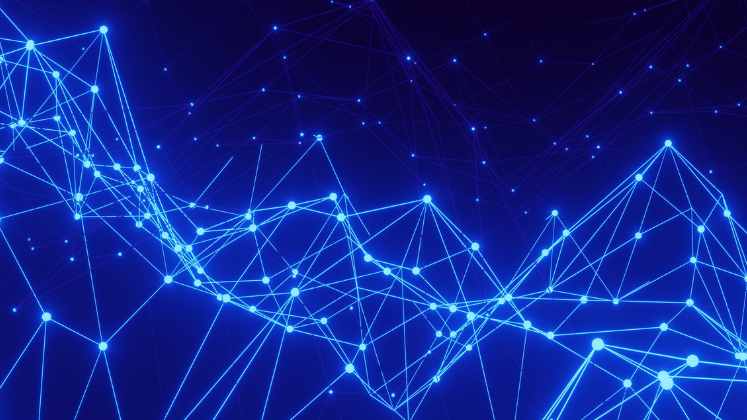 The authors go on to demonstrate how these structures have led to a drag on innovation. Dominant firms with market power see little incentive to innovate and those who act as suppliers to these firms do not have the financial resources or managerial capacity to allocate top innovation.

As someone with an interest in international business, I think this poses an interesting question, which the authors only partially answer. The relationship between internationalisation, innovation and productivity is well established at the firm level. Korea has been very successful in using this model – including offshoring/outsourcing low value activities to neighbouring countries and reallocating resources at home to both technology sourcing foreign direct investment (FDI) and home-based innovation. As the authors outline, this was achieved through collaboration between policy and the private sector, with directed investment in semi-conductors. However, what is not clear is whether the authors believe that Korea is an outlier or simply the first among many countries to achieve this. On the face of things, Korean firms have similar governance structures and relationships to government, yet they appear to have succeeded in terms of innovation and productivity, albeit using their connections across the region, as I explore in a recent paper with Peter Buckley and Jae Yeon Kim.

Moving on to the two main challenges that the book sets out, the set of countries considered face continuing levels of inequality, not merely in terms of outcome but also opportunity, and the sheer scale of the employment generation task faced by Asia is enormous, which the authors estimate to be in the area of 1 million new jobs a month. They argue that thus far Asian governance structures have been found wanting. The major concern that The Connection World expresses, and explores potential solutions to, is whether Asian business models can deliver the scale of transformation needed on these twin challenges.

To my mind, the biggest single challenge that ‘the connections world’ poses for economic development is the duality in markets that it seems to generate, both in terms of labour markets, but also access to capital and to resources for innovation. Quite simply, the set of agents able to access this is too narrow. Duality, especially in labour markets, is pervasive across the continent, and in many ways one can draw parallels with the literature on value chains. The insider/outsider model generates a lot of firms that are dependent on other firms’ strategic decisions, but also operate with low margins. The authors make the case for why Asian governance leads to such outcomes, but one could similarly argue that the fine slicing of supply chains, with tiers 4 and 5 dependent on one focal firm for their revenue, leads to similar outcomes in the West.

This leads to perhaps my main bone of contention with the authors, which is their implicit assertion that reform of the prevailing governance structures is required to generate both jobs and innovation. I take ‘reform’ in this case to be a move towards a more Western set of corporate governance structures. However, given that for at least the last 30 years, Western models of governance have systematically failed to deliver jobs and productivity simultaneously, it is an interesting question as to whether Asian models can do any better! Nevertheless, the case for reform expressed in the book is compelling, and the final chapter is devoted to how this may be achieved.

While the book’s level of analysis is typically a macro one, when reading it my thought processes led back to what this tells us about the firm and its role within its institutional or governance setting. To my mind, the book makes one important contribution in this regard. Too much analysis of Asian multinational enterprises (MNEs) focuses on exploring the differences between MNEs that have become established through Western governance structures and those that have internationalised through the Asian model. International business explains these differences in a rather hackneyed manner, arguing that the internationalisation of Asian business is based on what they term ‘country specific advantage’ (including political links), while Western multinationals develop through ‘firm specific advantage’ (intellectual property).

The Connections World highlights the over-simplification of this argument: it demonstrates the need to explore how some firms operating within the Asian structure have successfully internationalised and whether they have retained their traditional structures when faced with Western corporate governance. The book underlines the need for both better theory and empirics on this issue than that provided by much of the international business literature so far.

The Connections World concludes with a set of recommendations for reform, building on a more general critique of the Asian growth model. The conclusion that one is drawn to is that reform is likely to be impossible without political pressure. Western governance may curb the worst excesses as firms seek to internationalise, something that we discussed in detail in a 2019 editorial. Yet, in itself, this will not provide sufficient impetus, particularly where firms have no particular incentive to internationalise if the status quo means a large market share of a large market. In the absence of such intervention, Commander and Estrin argue that the outlook, particularly in terms of employment creation and the ability to move value chains, is bleak.

Nigel Driffield is Deputy Pro Vice Chancellor for regional engagement and Professor of International Business at Warwick Business School. He has a PhD from Reading University and has published some 80 academic papers across a range of disciplines including international business, regional science, finance and economics.