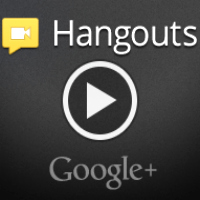 A key feature of our new Reviewers’ Hub will be regular Google+ Hangouts with our editors, our talented book reviewers, and our authors and academics from across the social sciences. Each Hangout will be based around one of our most-read disciplines, and will offer not-to-be-missed tips from editors, established reviewers, and high profile authors on how to make your writing and reviews on this debate stand out.

The Hangouts are part of our larger aims of public engagement, knowledge exchange, and innovation in higher education communication.

Each Hangout will be streamed live publicly here, on our Google+ profile, and on our YouTube channel. Once we’re off the air, viewers can watch and share any time. We’ll promote the Hangout ahead of time so you won’t miss it.

Writing about architecture and urban studies
In this Hangout we’ll discuss the publishing buzz around urban environments, and how architecture and urban studies are closely linked to other areas of social science research such as sociology, economics, and political science. Regular reviewers will be sharing their favourite pieces, and authors will point out which parts of their work they’d most like to see picked up in reviews.

Writing about Gender Studies
In this Hangout we’ll discuss the popularity of gender studies reviews on this site. For some, gender studies is a niche area, yet stories relating to the study of gender and sexuality can be found in the news almost daily, such as gay marriage debates and coverage of resistance movements such as Slutwalk. Authors will discuss the importance of gender-aware debates in academia, and regular reviewers will discuss writing about sensitive or trigger-warning material.

Writing about the financial crisis and economics
In this Hangout we’ll discuss the deluge of books on the financial crisis and the different angles that academics have taken in their work, including books on who’s to blame, the Occupy movement, and policy recommendations. We’ll consider how our reviewers have tackled writing about such an over-discussed area, and give tips on how new reviewers can contribute in novel ways. We’ll also turn to the new wave of books that now focus on China as an economic super-power.