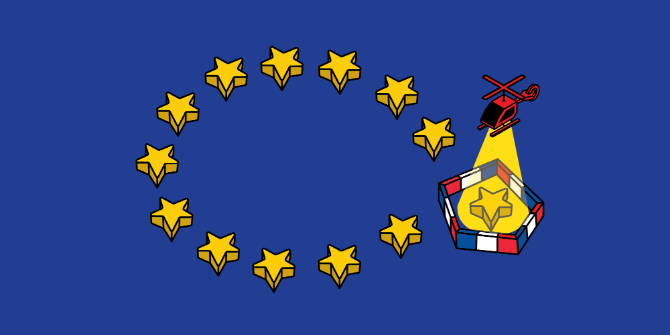 Only 10 months on from the tragedies of the Charlie Hebdo attacks, Paris once again fell victim to barbaric acts of terrorism. The November 13th attacks were unprecedented for France after 130 people lost their lives during the 7 coordinated strikes sent shockwaves of terror through the French capital. The senseless violence, responsibility for which has been claimed by the so-called “Islamic State” group (IS), saw a global reaction of solidarity and support for France and has prompted significant response from world leaders about how to deal with the threat posed by international terrorism. The French government reacted strongly with the implementation of a wide-scale security operation against IS in both Europe and the Middle East. After Hollande declared the attacks “an act of war” upon the nation he promptly stepped up French airstrikes against IS operatives in Syria, and at the same time oversaw extensive counter-terrorism operations across the rest of France. The efforts to trace the assailants still at large have prompted a united security response in Western Europe, with Brussels being ‘locked down’ after it was thought that one of the gunmen, Salah Abdelslam, was hiding in the city and that an attack was potentially being planned.

As the hunt continues, the response from France and the West has provoked an age-old debate over liberty and security. How far can we restrict our freedoms in order to defend them? In this article I will examine this problematique in the context of the fight against the Islamic State and terrorism. This is important and necessary as our societies are now directly confronted by these issues, and the path we choose to go down could have fundamental impacts upon our way of life. What price must we pay for peace?

Only hours after the attacks in Paris had taken place, President Hollande was quick to take radical steps to uphold security in the nation, with the temporary closure of France’s borders, the deployment of 1,500 troops into the Paris area, and the declaration of a state of emergency. Under a 1955 law, which predates the current constitution of the Fifth Republic of France, the President is able to decree a “state of emergency” which grants exceptional powers to the Minister of the Interior and Presidentially appointed ‘prefects’ for 12 days. The decree allows for the warrantless search and seizure of property, the suspension of the freedom to assemble, the implementation of curfew, and detention without charge. Already authorities have been making the most of their newfound power, and in the week following the attack the Minister of the Interior was proud to announce that French security services had carried out 1,072 raids in which they placed 119 people in custody[1]. Whilst many citizens feel comforted by the increased security provided by these measures, many other commentators fear that these powers will be abused and used to single out France’s Muslim community – the largest in Western Europe – which has already felt victimised for a long time. These concerns will likely only be aggravated after the French Parliament voted by an overwhelming majority (551-6) to extend the state of emergency by 3 months until the end of February. Furthermore, Hollande wishes to amend the French Constitution to create a special new state of emergency specifically for dealing with terrorism that would allow authorities to strip dual nationals of their French citizenship if they are suspected of terrorist involvement, in conjunction with the speeding up of deportation processes. French Prime Minister Manuel Valls addressed concerns over the “restrictions on liberty” by stating they were justified in order to “fully restore” these liberties in future[2].

The logic behind the Prime Minister’s argument is interesting, as it is quite understandable. In the face of violence from terrorists who jeopardise our society and the freedoms it provides, we must temporarily restrict these in order to ensure their long-term survival. This is apparently the consensus with much of the French public, who feel that a heightened security response is vital to protect their way of life, and that any kind of alteration to how they live it in the short term will ultimately be worth it in the long term.

However, there are various problems with this argument. Firstly, it is predicated upon the belief that IS and jihadists pose an existential threat to our society. Not only is this untrue, but it is exactly what these terrorists want Western citizens to believe. There is no conceivable way that IS could actually destroy our society given our current security provisions. People may be less safe with the current terrorist threat; however, IS do not have the means to put very many people in danger. They most certainly are not in a position to pose a direct threat to the stability of the government in France, or any other European state. As long as this is the case – that terrorists do not have the capability to destroy an entire nation-state – then it is also plausible that these societies could continue to live on unchanged. Polly Toynbee makes a strong case for this argument; that in the general scheme of things, terrorism is not a significant threat to our daily lives at all. You are infinitely more likely to be killed in a road-traffic accident than in a terrorist attack, yet we do not react in anything like the same way to this threat as we do the threat of terrorism, and our society is able to continue to function normally[3]. The idea of disproportionate reactions is exactly the situation that terrorism thrives under: small but shocking events carried out by groups that are not capable of inflicting significant strategic damage in order to inflict fear and irrationality in the populations they are targeting, which will in itself do far more damage than the actual act of terror. So given this, the only actual threat to the freedoms and way of life in France does not come from IS, but from France’s reaction to IS.

Furthermore, in the wake of the Paris attacks, people must not jump to the conclusion that our present security is insufficient or failing, justifying more intrusive measures. According to the British government UK intelligence services have foiled 7 terrorist attacks, some not dissimilar from the Paris attack. In Germany, security services safely evacuated a Hanover football stadium after French intelligence agencies discovered informed them of a bomb plot. French security services also successfully foiled over 6 attacks planned in the preceding months to the Paris attacks[4]. All of this would suggest that security services had been operating relatively effectively within the limits of their power. Before people move to declare these services incapable, they must consider the clichéd notion that the intelligence services have to be lucky every time, whilst the terrorists need only get lucky one time. One failure by security services should not lead people to conclude the only remedy is to sacrifice more freedoms. What is readily overlooked is the possibility that increased funding to security services within our current liberty-security framework may be sufficient. More police patrols, better equipment and tighter border control may be more than enough to counter the heightened threat from IS, rather than moving to further expand the powers of police and open the door to the prospect of their abuse in our day-to-day lives. In times of fear it may be important to remember the famous words of Benjamin Franklin, that “those who sacrifice liberty for security deserve neither”.

In the aftermath of the Paris attacks, it is of the utmost importance that we hold true to our shows of defiance against terrorism. In a war on the mind, where the weapon is fear, we must make it clear that we truly are not afraid. As tempting as it may be, we should not be willing to give up the freedoms for which we fight – those same freedoms which distinguish us from the enemy of extremism. By no means should we not move to protect ourselves, but we must not make the mistake of believing there is no way we can do this in conjunction to our present way of life. The erosion of liberty has not extinguished the threat of terror, and never will – it acts as a sign of victory to terrorists. For France, this is a test of the fundamental principles of the Republic – liberté, egalité, fraternité. Ultimately, in a world where guaranteed safety is impossible, we should not be coerced or tricked into paying a price for peace, when losing our liberty is the cost.