Is “freedom of information” a viable research tool? Step One: Composing a Request

Is “freedom of information” a viable research tool? Step One: Composing a Request 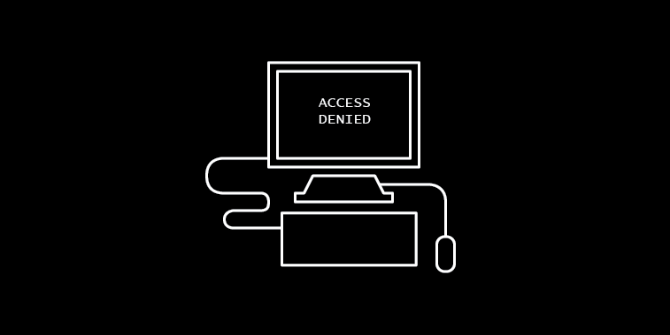 Is “freedom of information” a viable research tool?
Step One: Composing a Request

It also requires these agencies to publish certain information in the public interest on a regular basis. To understand the underlying data that contributes to these public reports, one has to file a request. People also make requests for information that they suspect is not published.

Many news outlets have used FOI laws in their investigative reporting, but very few scholars have used it for academic research.

Therefore, I am using FOI as both the methodology and as the data source for my research. I have completed the first stage (of what will hopefully only be three stages) of filing a FOI request. Through this series of three blog posts, I hope to shed light on an underutilised tool that’s not statistics or case-study based and to document its unique difficulties.

I have had the fortune of working as a research assistant for Jacqueline Stevens, a political science professor at Northwestern University, whose research centres on the deportation of US citizens. Her focus has shifted towards using “forensic intelligence [which] discovers, elicits, and produces knowledge of law and force with the ultimate objective of thwarting injustice”[1]. We are trying to ensure that immigrants and US citizens alike receive due process in immigration court proceedings. Freedom of information requests are the main tool that we have used to practice this “forensic intelligence.”

For instance, we utilised a request made by the American Immigration Lawyers’ Association that obtained 794 immigration judge misconduct complaints from 2009 to 2013[2]. (In reality only 767 of them were actually provided, so we filed a follow-up request for the missing information). These complaints relate to the personal conduct of judges while in their official capacities, which includes allegations of in-court bias, absence of due process, among other categories. From this data, we were able to ascertain whether or not immigrants’ complaints were being taken seriously by judicial oversight bodies. Spoiler alert: many complaints are dismissed, and the few judges who make up a large number of the complaints do not receive an adequate reprimand.

Working for Professor Stevens inspired me to start my own project. Since I am on the General Course, I decided that I would file a FOI request myself to acquire immigration judge misconduct complaint data for the UK. I plan to compare the procedural differences between filing a complaint in the US and the UK to determine whether or not due process rights are being upheld by immigration courts and their oversight bodies. To do that, I need data…which is going to take a while to obtain.

To make a request, you have to understand what to ask as well as who and how to ask for it. I will outline each one of these three points below. Knowing absolutely nothing about the UK legal system, I was grateful for the many websites that could point me in the right direction. The independent Information Commissioner’s Office and the UK government website both offered clear, concise advice about the process. These basic steps can be used for other research projects as well.

1. What to ask: Composing a good research question is essential, and having a narrow, specific focus will allow you to construct a request that helps the agency understand what you want best. Because I know that a complaint mechanism for immigration judges exists, I knew that there had to be a record and potentially a database of such complaints. You should consider both the type of information you want and what kind of media it might be in as well. From the US request, I knew I wanted to ask for all digital and non-digital media related to immigration judge misconduct complaints received by the organization that deals with them. I needed to ask for non-digital files as well because many notes in courtrooms and offices are taken by hand on forms and kept as hard copies. Without them, my analysis could be missing crucial details about the day-to-day handling of these complaints.

2. Who to ask: There’s no single authority that handles FOI requests, so you have to send it to the specific agency that you think has the necessary information. I did not know the analogous body to the Executive Office of Immigration Review in the US. It turned out to be the Judicial Conduct Investigations Office (JCIO) and the Judicial Appointment and Conduct Ombudsman (JACO). The JCIO receives complaints about the personal conduct of judges from the relevant court, which in this case is Tribunal Presidents for the Immigration and Asylum Chamber. People who are dissatisfied with the way JCIO handled their complaint can file a procedural complaint with JACO. Therefore, I filed a request with JACO for all of the complaints received by both agencies. Since they are the final arena for complaints and have close connections with JCIO, it was the best option. Making requests to the wrong agency wastes your time and theirs.

3. How to ask: Finally, how to ask for information is rather straightforward. Most agencies provide an email address on their website to contact about freedom of information requests. You want to include your name, your email and physical address, and the information you would like to receive. I also mentioned that I am an undergraduate researcher to emphasize that I am requesting this information in the public interest and not for personal gain.

Then press send. Most agencies are required by law to respond within 15 to 20 working days, which could be up to three weeks in reality to get a response. You can’t know whether they will process your request or not, so how do you prepare for a “no?”

In the next post, I will discuss what to do when your request is denied, which happens more often than not. Unsurprisingly, my request was denied because its scope is quite broad. But it doesn’t mean that there’s no hope! You can reformat it in various ways to increase the likelihood of the agency agreeing to provide you with information.