Is freedom of information a viable research tool? Step Two: Receiving a Response to a Request

Is freedom of information a viable research tool? Step Two: Receiving a Response to a Request 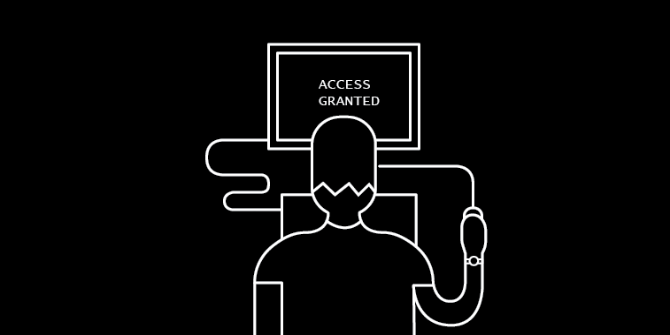 Is freedom of information a viable research tool?  Step Two: Receiving a Response to a Request

This article is the second part in a series reporting on Freedom of Information procedures in the United Kingdom. In the first part, Elizabeth Meehan described how to compose an FOI request in the context of her research on judicial misconduct. Here she reports on the initial response to her request to the Judicial Appointment and Conduct Ombudsman.

I received my first response to a freedom of information (FOI) request exactly 15 working days after I sent my email. I asked for all documents related to immigration judge misconduct complaint investigations from 2010 to 2015.

The Judicial Appointment and Conduct Ombudsmen (JACO) told me that I could not have the information I requested. They gave me two reasons, and both were quite frustrating.

First, they claimed that the cost of fulfilling my request would exceed the legal limit of £600 due to the amount of relevant paper and electronic files available in the specified time frame.

Second, they mentioned that personally identifiable information would have to be redacted out of the documents to ensure confidentiality, and they assumed this would take more time and money.

I will break each of these arguments down, based on what I know about US and UK FOI.

The first reason completely shocked me. Not the “there are tons of documents” part; this thrilled me and told me I had been poking around in the right place. It was the cost aspect that stunned me. There are fee waivers for academic researchers making FOI requests in the US, and I stated in my email that I was conducting research at Northwestern.

In the UK, no such luck. I learned from JACO’s letter that most public authorities have a £600, sometimes £450, limit. This amounts to 24 or 18 hours of work paying £25 per hour, or a maximum of three working days, to respond to a request. These limits are in place so agencies can say no to large requests and focus funds on the agency’s work itself.

The second reason was more predictable. All of the US documents I have are redacted to varying degrees. Respecting the confidentiality of judges and immigrants named in these cases is necessary as the documents can contain sensitive personal information.

For instance, I observed a UK Upper Tribunal courtroom in late January (immigration courts are open to the public in most cases). One woman’s case for judicial review to stay in the UK involved an abusive husband who left her and her daughter. It is understandable that she might not be okay with having her name in the hands of an unknown member of the public.

For judges, the potential for threats if they are identified as having denied someone the ability to stay in the UK are all too real. Redacting names can protect their personal safety. Even if the investigations find no misconduct, knowing that a certain judge was investigated could lead to immigrants requesting another judge for their case, complicating the already complex system.

Even with measures taken to protect confidentiality, I did not think that my request would take that long to process. I was aware from my own digging that only two immigration judges had been disciplined by the Judicial Conduct Investigation Office (JCIO) since 2011. So JACO, which only looks at potential maladministration in JCIO investigations, could not have had that many cases forwarded to them. Given that there should have been few, relatively easy to find cases (keyword: immigration–not that hard), they should have been able to provide me with the information I requested.

At the end of the letter, they told me that I had the right to an internal review. This means that someone at JACO who did not look at my request originally would review it and see if they reach the same conclusions. So I sent an internal review request, responding point by point to their reasoning and why I believed they had misinterpreted my request.

The internal review came back with the same conclusion as the first response. However, they added that some of the files I had asked for had either been a) corrupted or b) deleted to comply with data protection laws. They also told me that if I restricted my request to one fiscal year rather than five, they would be able to give me the data I wanted. I amended my request to fiscal year 2015 and am waiting to receive those documents right now. Finally, success!

You may be wondering why I didn’t anticipate these rebuttals and adapt my requests accordingly. For instance, I knew that it was a long shot they would release five years of records due to budget constraints. But I chose to be optimistic. Had I asked to see only the records from 2015, I probably could have received my data in October rather than February.

I chose to be positive because filing these FOIA requests is just as much a part of my research as getting the data itself from the agency. How can you know what the limits of the law are without testing them yourself?

Sure, you can adapt your request to the text of the law to make it a problem-free process. The thing is, many requests are not problem-free. To understand how the law works “on the ground” on a day-to-day basis, you have to see how the rejection process operates as well. The process of negotiation between myself, JACO and the law has given me a plethora of insight into how the FOI regime works in the UK.

The FOI aspect of this project is incredibly relevant. I am not the only one concerned with the bureaucracy involved in fulfilling FOI requests. In July, the UK government appointed a five-person Commission to review FOI and present its findings. The Commission held an oral evidence hearing on its merits in January. They argued about the internal review process and its utility:

“THE CHAIRMAN: [cut out] I do worry that — two things. One is that, by having a two stage process, you actually encourage [reviewers of FOI requests] to say no at first step on a belief that a lot of people will go away and only if they try hard would it actually go to the internal review, and then, you know, at a later stage it may be escalated up, as you say, with a qualified person, but why can’t this be a seamless process whereby, you know, things that are sensitive naturally go up through the process from the word go….I mean, there are cases that are going on for years, which seems a very strange outcome for the notion of Freedom of Information.”

My project is situated within this broader critique of the review process. When I received the response to my original request, I wondered why cases could not be “escalated”. I knew that immigration court misconduct would be a sensitive topic, so why was it not directed to the head of JACO from the start? The results of such committee conversations like this could have the practical policy implication of initial “escalation” for future FOI requesters.

So I learned how to deal with an FOI rejection, gained some valuable insights about the FOI bureaucracy itself, and finally arrived at a successful response. There are still a few loose ends to tie up though, such as the content of the JACO documents themselves. The final post will outline what I eventually receive from JACO and present some of the conclusions I have reached from the research process.