Is freedom of information a viable research tool? Step three: Responses and Conclusions.

Is freedom of information a viable research tool? Step three: Responses and Conclusions. 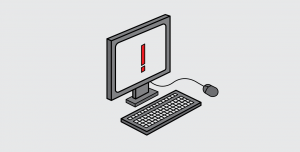 Is freedom of information a viable research tool? Step three: Responses and Conclusions

In the next piece by Elizabeth Meehan- part 3 of her series on Freedom of Information requests in the United Kingdom- a breakthrough is made, but not after some initial disappointments that inform her conclusion on the efficacy of the FOI system.

In the last blog post , I described my attempt to obtain information from the Judicial Appointment and Conduct Ombudsmen (JACO) about immigration judge misconduct complaints. I have filed similar requests with the Judicial Conduct and Investigations Ombudsmen (JCIO) and Her Majesty’s Courts and Tribunals Service (HMCTS) since that time as well.

The bad news is that my JACO and JCIO requests and appeals to the Information Commissioner’s Office (ICO) all fell through. The good news is that one of my requests to HMCTS was successful! Here is what happened over the last few months.

JACO agreed to provide me with on administrative reviews of immigration judge misconduct investigations in late January. They still had not emailed this information to me one month later, so I followed up by email. I was promised that it would be sent within a few weeks, but a month went by without a word. I followed up again, and again was promised it would be sent to me in a few weeks. By late April I still had nothing, so I followed up a third time. This time, I received an email attachment and an apology.

It turned out that they had not read the relevant exemption laws of the FOI Act closely enough following my first email. In the end, they could not provide me with the information I requested. Their documents fall under Section 32 of the FOI Act, which exempts from FOI requests all information from court records and records created by court staff.

This meant that the last eight months of correspondence had essentially been wasted. Had JACO researched the law and provided me with the correct response initially, I would have restructured my requests or pursued other methods. Granted, I should have looked up the law myself; but when I filed the first request last August, I was working on the assumption that the UK FOI system would be roughly analogous to the US one.

The failed appeals to JCIO and the ICO followed the same litany of exemptions and legal barriers to fulfilling my request.

There is one key takeaway from my failed requests: UK FOI is more limited than US FOI. For example, Section 32 regarding FOI exemptions, is stricter than the equivalent US legislation 5 U.S.C. § 552(b)(2), which does not explicitly exempt court records from FOI requests. Going forward, my final year thesis will look at the differences between the two laws and why the UK is stricter compared to the US in the context of this research.

And finally, after nine months of failed attempts, I had a successful FOI request.

The decline in complaints is apparent, but the reason why is unclear. Are judges better trained in dealing with the sensitivities of immigrants in court? Are more cases taken to the Upper Tribunal to review a decision instead of making a complaint about a judges’ personal conduct? Are solicitors and self-representing immigrants alike unaware of the complaints process? I hope to figure out why complaints have declined in future research.

Judges who have been disciplined in the last six years committed various transgressions, including: failure to provide judgments within the statutory time limit, watching pornography in judicial offices, and failure to report a data loss quickly. None of these disciplinary statements are related to poor personal behaviour towards an immigrant or solicitor in court. This evidence suggests that procedural misconduct or misconduct outside of the courtroom may be more prevalent. Both of these areas provide avenues for future research.

In addition, these findings raise questions about judicial capacity and administrative procedures. Robert Thomas at the University of Manchester analysed immigration judicial reviews in the Upper Tribunal over the past few years. He found that while the number of cases that the Immigration Tribunal completes has increased, it has done so without substantially increasing the amount of resources used. He suggests that judges may perform “effort aversion,” or using various legal procedures and doctrines to decrease workloads and increase efficiency.

Have pressures for efficiency affected the UK complaints process? Firing a judge would involve finding a replacement, costing the court valuable time and resources to find a replacement. Perhaps this pressure for efficiency can help explain why, in the US case study I worked on, several judges with more than 20 complaints had not been fired.

Nevertheless, freedom of information as a research method is meticulous, time-consuming, and frequently unsuccessful. Filing requests is a straightforward process: knowing what you want to ask for, finding the correct agency to ask for information, and composing an email clearly stating your request. In the event of an unsuccessful request, the decision can be reviewed by the agency and the Information Commissioner’s Office. When you ask for a review, it is essential to research the sections of the FOI Act the agency cited in their response to understand the basis of the rejection. Overall, it is a method that must be carefully considered before embarking on a research project.

Based on this project and previous work in the US, I can conclude the UK FOI law is more restrictive than US FOI law on paper and in practice, but I have many more questions than answers. The freedom of information regimes are far from perfect in both countries. The US system may be more permissive, but both take weeks if not months to respond to a request. The agency-by-agency approach of answering requests means that some agencies are faster or more thorough at responding than others.Yet I hope I shed some light on the shortcomings of these systems and how you can potentially use FOI in your own work.