Apolitical? A defence of the Bank of England

Apolitical? A defence of the Bank of England 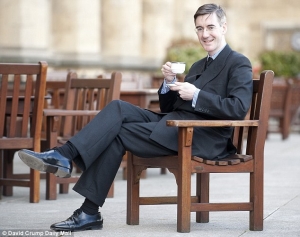 Reap what you sow: A defence of the Bank of England by Jamie Sanders
In recent months the Bank of England has become somewhat of a political punching bag. Our PM, in the midst of post-referendum bewilderment, emphasized the distributional woes fuelled through unconventional monetary policy. The newly inaugurated leader of the Labour party, Jeremy Corbyn, proposed his notion for “People’s Quantitative Easing” in a subversive retaliation to recent loose monetary policy. Most recently the Bank has come under fire from prominent Brexit campaigners regarding the Bank’s “project fear” predictions – which are yet to materialise.

These political attacks reflect a broad public dissatisfaction with persistently loose monetary policy, and the state of the economy as a whole. Interest rates in the UK, and across the West, remain at historic lows. Their discontent stems from the belieif that unconventional policies, such as quantitative easing, are merely hurting savers by subdueing real interest rates and hurting first time buyers by forcing up asset prices. Despite these attempts at stimulus, growth and inflation remain widely subdued and an increase in the Bank Rate seems a distant possibility. This multitude of attacks makes it more difficult for the Bank of England to justify its independence and maintain a responsible degree of accountability.

So, given these arguments, why is the Bank of England still abiding by strict inflation-targeting policy when their mandate to do so is deteriorating?

Of course, we could begin a discussion surrounding the macro-economic benefits of inflation-targeting central banks, but there exists a much simpler explanantion – a practical explanation which superceeds these theoretical debates. Our solution to the puzzle lies in the Bank of England Act of 1998, which can explain why political attacks are hypocritical and public attacks are misguided.

Following the 1997 general election, Tony Blair’s government announced that it would transfer full operational responsibility for monetary policy to the Bank of England. The terms of the delegation were outlined in the Bank of England Act, which came into force on 1st June 1998. Within this extensive, complex and reasonably dull document lies the best defence of Bank policy.

When outlining the role of the Bank of England, the Act defines the objective of monetary policy as the following:

“In relation to monetary policy, the objectives of the Bank of England shall be –

(a) to maintain price stability, and
(b) subject to that, to support the economic policy of Her Majesty’s Government, including its objectives for growth and employment.”

Hence, in having a one-track policy framework which focusses on maintaining price stability above and beyond all other objectives, the Bank of England is following its mandate issued to it by parliament. Theresa May and Jeremy Corbyn’s criticisms of the Bank’s current focus on monetary stability in the face of rising inequality is therefore confused at best, and hypocritical at worse.

In fact, the Bank of England Act granted a kind of pseudo-independence, that maintained accountability and kept a large amount of control with HM Treasury. Unlike other central banks such as the European Central Bank and Federal Reserve, the Bank is not free to define what price stability is. Instead it is defined by HM Treasury at least once a year – a rule outlined in their mandate. With this definition, the Bank of England must use the tools provided to it to reach this target. Politicians have their hands tied when it comes to criticising the Bank’s current policies.

Finally, even the criticism from Brexiteers can be in some senses debunked by the Bank of England Act. All but the most extreme Brexit supporters agreed there would be a near-term economic shock and a period of readjustment in the British economy in the event of a departure from the European union. The Bank of England was forced to explore this, and was within its mandate to do so. Explicitly the act dictates that the Bank of England, and specifically the FPC, is responsible for “the identification of, monitoring of, and taking of action to remove or reduce, systemic risks with a view to protecting and enhancing the resilience of the UK financial system”. In relaying this to the public, the Bank was fulfilling its legal mandate and maintaining transparency – whether these risks have or will materialise is irrelevant.

In sum, politicians are not justified in attacking the Bank of England for its post-crisis policy. In effect, any negative side-effects of strict inflation rate targeting are a result of parliamentary decisions. If politicians are ignorant to the details of the Bank’s mandate, they need to be corrected. If they are aware of the Bank of England’s mandate, they are using the institution as political fodder.