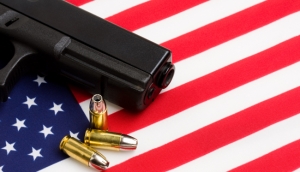 The horrifying Texas church mass shooting has rekindled the debate over gun control. It goes without saying that America has failed to resolve the issue; the events in Orlando, Charleston, Las Vegas and Texas all represent a missed opportunity to tighten gun control. In the developed world, this is regarded as a problem particular to America, as the following discussion shows.

The Second Amendment of the Constitution of the United States provides that, a well-regulated militia being necessary to the security of a free State, the right of the people to keep and bear arms shall not be infringed. In 2008, the Supreme Court in District of Columbia v. Heller (554 U.S. 570) shifted from the collective rights approach that had been adopted for the purpose of interpretation of the said provision to an individual rights approach, confirming an individual’s right to possess firearms and accordingly striking down a Washington DC law imposing handgun ban as unconstitutional. The Court did provide examples of laws that would be considered presumptively lawful, such as laws prohibiting possession of firearms by certain categories of persons (felons, for instance) or in certain sensitive areas such as schools, but the decision offered little help to lower courts faced with the onerous task of scrutinising challenges to firearms laws.

Politically too, the issue is far from reaching any level of certainty. It is often claimed that the politically powerful National Rifle Association-which reportedly spends $3 million a year to influence Congress members on the issue of gun policy– has successfully prevented any attempt towards bringing a sensible policy that would create a universal background check system. Potentially, one could argue for a system that would impose responsibility not only on licensed dealers, as is the current position, but also on every private seller, whether selling online or otherwise. This is so despite widespread public support for such policy.

It becomes pertinent to discuss how mass shootings have actually been instrumental in bringing about effective gun policies in other countries. Following a mass shooting incident in Port Arthur, Tasmania in 1996, sweeping gun reform measures (including imposition of new licensing requirements and creation of a national firearms registry) were introduced in Australia, a nation known to have a high rate of gun ownership. Germany offers another example, where school shootings in Erfurt and Winnenden led to the creation of a federal gun registry and tightening of rules pertaining to storage of firearms. In the UK, the deaths of around 16 children in a Dunblane school in 1996 led to a ban on private ownership of all handguns, a move supported by a massive public campaign. The measures taken by each of these countries could be different, but studies have shown that implementation of the same has resulted in a decrease in the number of firearm deaths.

Indeed, gun laws have a complex relationship with gun crime, and a definite answer one way or the other regarding the impact of stricter gun laws on the number of homicides is difficult. Yet, the aforementioned examples provide good reference material for the American government to deliberate on this highly sensitive issue. This should not be taken as merely politicizing a mass shooting. The tragic event calls for the lawmakers to respond and make a serious attempt towards creating an environment where such tragedies do not occur or are reduced to a minimum.

At this juncture, it is important to understand that certain initiatives at the grass root level are necessary. One important initiative that could be taken up is threat assessment. According to American Psychological Association, threat assessment at the local level aimed at identifying, assessing and managing a potentially dangerous behaviour to facilitate timely intervention in appropriate cases could go a long way in preventing violence. Schools, peers, law enforcement agencies and mental health workers can work together towards this end through local programs. Some also suggest that more research and investment is required in the area of mental health, and that gun policy could be linked to mental health initiatives. While reports suggest that perpetrators of mass gun violence have been found to show symptoms of depression and paranoia, it is equally significant to avoid making a simplistic assumption that mental illness leads to gun crimes. The relation between the two is complex, and a number of socio-economic factors must be examined to understand violent behaviour.

The information and views set out in this article are those of the author and do not necessarily reflect the official opinion of the LSE Undergraduate Political Review, nor the London School of Economics.