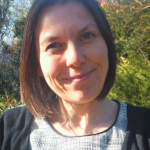 Ahead of her NetwokED seminar talk on Wednesday 26 November Marieke Guy answered some questions for LTI on open data in education.
Q1. How would you define ‘open data’?  How does this relate to ‘open access’ and ‘open education’ ?

We’re very lucky to have an excellent definition of open data from Open Definition, which specifically sets out principles that define “openness” in relation to data and content:

“Open means anyone can freely access, use, modify, and share for any purpose (subject, at most, to requirements that preserve provenance and openness.”

So we are talking about data that is available for people to access and can be reused and redistributed by everyone. One of the important points to make is that openness does not discriminate against commercizal use. Open data is definitely a friend of open access and open education! Publicly funded research publications should not only be open access but the data behind them should also be shared and openly available. At the Open Education Working Group we see open education as a collective term that is used to refer to many practices and activities that have both openness and education at their core. Open data is an important area, along with open content, open licensing, open tools, open policy and open learning and teaching practices. This is becoming even more the case with the rise in online learning, MOOCs and the use of learning analytics.

Q2. Who typically uses open data and what does it get used for?

Anyone can consume open data as an end-user benefitting from openness, but there are two main groups who have a specific interest in dealing with open data. Data providers (such as the government or your institution) may be interested in releasing and sharing data openly. Data handlers are interested in using the data available, maybe by developing an app or service around the data, or by visualising the data, or by asking questions of the data and mining it in some way. A nice easy example here is the Great British Toilet map,

where government data was combined with ordnance survey and open street map data to provide a public service app that helps us find the nearest public convenience. You can also add toilets you find to the map, allowing the data that is available to be improved on.

Obviously people who want to get their hands messy with data will need to be data literate. One of our core projects at Open Knowledge is School of Data. School of Data works to empower civil society organisations, journalists and citizens with the skills they need to use data effectively in their efforts to create more equitable and effective societies.

Q3. What are the pros and cons of open data?

The main benefits for using open data are around transparency (knowing what your government and other public bodies are doing), releasing social and commercial value, and participation and engagement. By opening up data, citizens are enabled to be much more directly informed and involved in decision-making. This is about making a full “read/write” society, not just about knowing what is happening in the process of governance but being able to contribute to it.

Opening anything up makes organisations more vulnerable, especially if they have something to hide, or if their data is inaccurate or incomplete. There is also a cost to releasing and building on data. Often this cost is outweighed by the social or economic benefit generated, but this benefit can develop over time so can be hard to demonstrate. Other challenges include the possible misinterpretion or misrepresention of data, and of course issues around privacy.

Q4. Do you have any examples of projects that have involved using ‘open data’ and if so what advantage did ‘open data’ bring?

Earlier this year Otavio Ritter (Open education data researcher, Getulio Vargas Foundation, Brazil) gave a talk to our Open Education Working Group. He mentioned a case in Brazil where the school census collects data about violence in school area (like drug traffic or other risks to pupils). Based on an open data platform developed to navigate through the census it was possible to see that in a specific Brazilian state 35% of public schools had drug traffic near the schools. This fact put pressure on the local government to create a public policy and a campaign to prevent drug use among students.  Since then a collection of initiatives run by the United Nations Office on Drugs and Crime (UNODC) have made a huge impact on the drug traffic levels near schools.

Q5. What does Open Knowledge do?

Open Knowledge is a worldwide non-profit network of people who believe in openness. We use advocacy, technology and training to unlock information and enable people to work with it to create and share knowledge. We work on projects, create tools and support an amazing international network of individuals passionate about openness and active in making, training and promoting open knowledge. Our network is global (we have groups in more than 40 countries and 9 local chapters) and cross-domain (we currently have 19 working groups that focus on discussion and activity around a given area of open knowledge).

Marieke Guy will be talking at LSE on Wednesday 26 November at 5pm in NAB2.06.  To book your place go to the staff training and development system or (for those without access to the system) email imt.admin@lse.ac.uk

Have a look at previous talks on our Youtube channel.

About the Author: Geraldine Foley