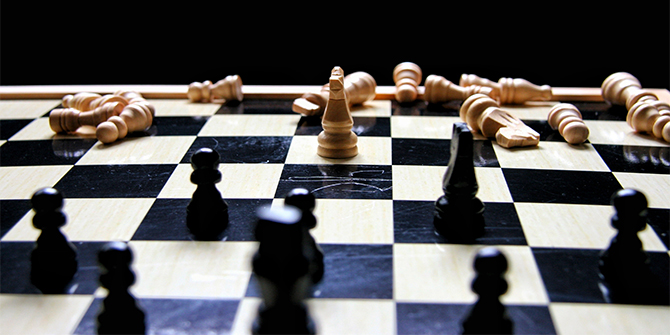 Understanding cognition is important. Several studies establish that cognitive ability is a strong predictor of occupational attainment, wages, and a range of social behaviours in adults. It is also important for predicting the schooling performance of children, adolescents and university students. Further, numerous settings represent competitive situations that involve cognitive performance, ranging from test taking and student competition in schools to competitions for promotion in firms and organisations.

In this article I report on the first study that evaluates the causal link of psychological (behavioural) effects and cognitive performance in a competitive setting. This study takes advantage of a natural “controlled experiment” that, in effect, randomly assigns different emotional states across subjects competing at a cognitive task.

The experiment comes from professional sports. Important elements of human behaviour are starkly observable in these settings. If one of the attractions of sports is to occasionally see universal aspects of the human struggle in stark and dramatic forms, their main attraction to economists is the possibility that they may provide unique data to test for the first time elusive hypotheses or to document novel human behaviour.

The setting is a chess match, in which two people play an even number of chess games, typically about six to ten games, against each other. Chess games are typically played one per day, with one or two rest days for the duration of the match. The basic procedure establishes that the two players alternate the colours of the pieces with which they play. In the first game, one person plays with the white pieces and the other with the black pieces. In the second game, the colours are reversed, and so on. According to the rules of FIDE (Fédération Internationale d’Échecs), the world governing body of chess, this order is decided randomly under the supervision of a referee, often during the opening ceremony of the match. As players have no choice of order, this is an ideal experiment for empirically establishing causality: does the order of colours cause any significant differences in performance?

Much like other sports settings, this one represents a very valuable opportunity for studying an open question in the social sciences. The situation involves a tractable number of subjects (just two) competing in a game that is considered the ultimate cognitive sport (chess). There is a very reliable quantitative measure of the cognitive ability of the players (their FIDE rating), and a chess game involves no chance elements. This is also a strictly competitive or zero-sum situation in which one person’s gain is always identical to another’s loss. As such it involves no potential elements of cooperation and represents the cleanest possible context to study competitive behaviour. Since subjects compete in the same setting and under identical circumstances, we may expect that they will have exactly the same probability of winning the match. That is, absent behavioural effects associated with the order of colours, there is no reason why observed winning frequencies should be different from 50-50.

What behavioural effects could possibly be at play? Well, playing with the white pieces is advantageous for winning a chess game. Players with white pieces move first and this confers a strategic advantage. It means that the person playing with the white pieces in the odd games of the match is randomly allocated a greater likelihood to be leading during the course of the match. Conversely, his opponent, who plays with the white pieces in the even games of the match, is allocated a greater likelihood to be lagging. Does this asymmetry in leading/lagging likelihoods generate emotional differences that could impact their cognitive performance? Much like it does for performing non-cognitive tasks, does it matter whether one is “leading” or “lagging” in a competition when performing a cognitive task?

With my colleague Julio Gonzalez-Diaz, I have looked at all the chess matches available in Chessbase, one of the largest database of chess games available worldwide. As one would expect from the randomly allocated colours, the average quality of the two groups of players (those who begin with the white pieces and those who begin with the black pieces) is statistically identical (they have the same FIDE ratings on average). Hence, if the order had no effect on the outcome of a match, the proportions of matches won by these two groups of players should be statistically identical: 50-50. Yet, we find that there is a significant and quantitatively important difference: winning proportions are 57.4 – 42.6, an almost 15 per cent difference between these two groups of players. Thus, psychological effects associated with leading or lagging appear to have a big impact on cognitive performance. 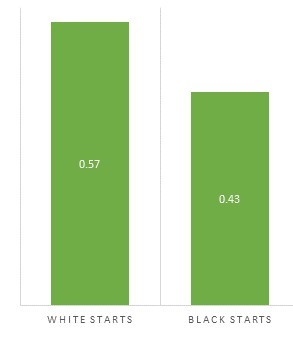 To further make sure that this is the case, there is a second testable implication: leading/lagging effects should contribute to determining the outcome of a match only in relatively symmetric matches. If I play versus Magnus Carlsen (current number 1 player in the world, and the highest FIDE rating in the history of chess) he is going to beat me regardless of whether he plays with the white pieces in the odd or in the even games of the match. Thus, the order of colours should not matter if cognitive strengths are very different and it should presumably tip the balance only when other factors are relatively similar. It turns out that this is exactly what the data show. Only in matches between players of similar cognitive ability (bottom quartile of differences in FIDE ratings) are there significant differences in performance between the players, and this effect decreases and tends to disappear (approaches 50-50 winning rates) when players are more different in cognitive skills (top quartile of differences in FIDE ratings). 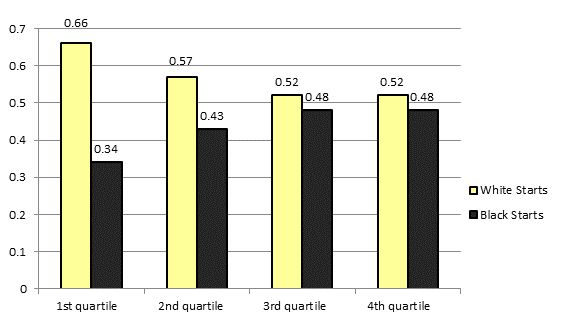 In recent years, economists have paid considerable attention to the study of behavioural effects that are important for explaining a wide range of economic and social behaviour. These contributions have deserved two Nobel Prizes in Economics (Daniel Kahneman in 2002 and Richard Thaler in 2017). Despite their potential importance, little is known about the relevance of these effects on cognitive performance. Do they exist? If so, can they persist in the face of experience, competition, and high stakes? These are the questions addressed in this article. The answer is yes. 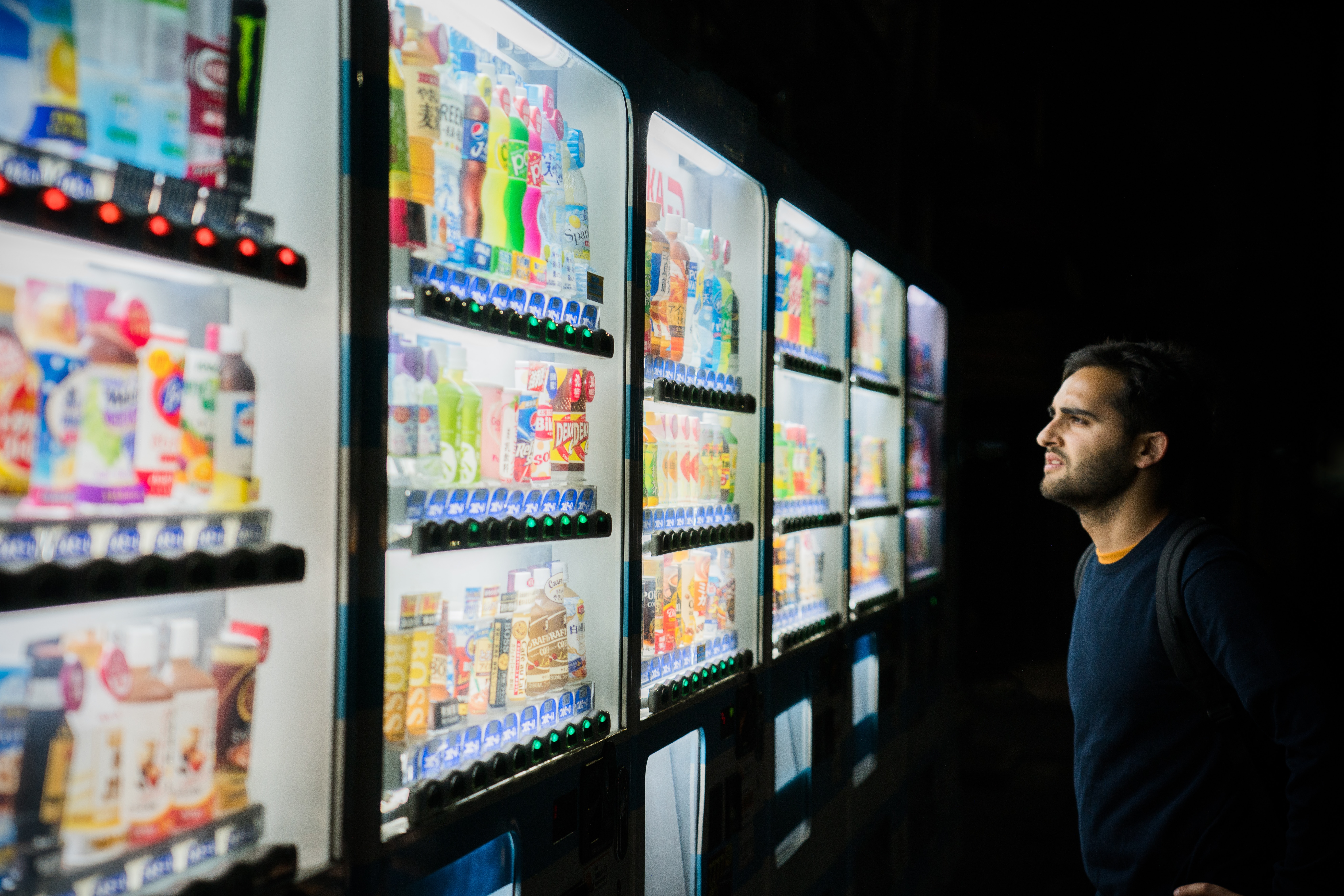