This piece originally appeared in The Guardian on 22 November 2013.

The leading Syrian Kurdish rebel group has said it intends to form a government in Kurdish-dominated north-east Syria, where it has been operating as the de facto government since last year. This signals the emergence of another autonomous Kurdish region, following the autonomy that Iraq’s Kurds have enjoyed since the 1990s.

The Middle East’s Arab spring uprisings have placed the region’s Kurds in the rare situation where their powerful and historically hostile neighbours are engaged in conflicts elsewhere, and find their domestic stability undermined and weakened as a result.

Turkey, for example, has spent the best part of its history struggling with its Kurdish issue and the political and territorial demands of its 20 million Kurds. Over the course of the past 30 years, at a cost of more than 40,000 lives, it has suppressed Kurdish human rights and waged war with Kurdish rebel group the PKK (Kurdistan Workers’ party), which seeks a combination of demands related to autonomy and human rights.

Yet, Ankara dramatically miscalculated at the advent of the Syria conflict by supporting Sunni Arab groups and hardline Islamists, which disregarded the rights and demands of Syrian Kurds. The position backfired after Syrian president, Bashar al-Assad, responded to Turkey’s swift support for the Syrian opposition by allowing the Kurds in the north-east to take control of several towns and cities.

Turkey fears the rise of the Kurds in Syrian Kurdistan because the PYD (Democratic Union party), a sister grouping of the PKK, is now the de facto government of the region. This has emboldened the PKK and strengthened its hand both within Turkey and regionally. Assad’s carte blanche for the PYD to consolidate its position in the region and establish checkpoints, educational and healthcare services, allowed the group to entrench its dominance and influence. It has a well-trained and armed group of fighters known as the YPG (People’s Protection Unit).

The PYD announcement, last Tuesday, included the creation of a parliament of 82 members elected from three districts across the region, which will each have their own local assemblies. The plan is due to be implemented within six months, meaning that the PYD will officially secure its control over large swaths of strategically important land with significant energy resources. This will enhance the prospects of Turkey’s own restive Kurds to achieve similar rights and edge toward achieving territorial autonomy.

Ankara may be able to maintain the territorial integrity of the Turkish state by committing to the fragile but historic peace deal with the PKK, which was announced in March after the imprisoned PKK leader, Abdullah Ocalan, called on fighters to lay down their arms. The settlement is, however, still some way from being realised, and there is still little to suggest that Turkey’s domestic politics can muster the political will to implement the necessary reforms.

The underlying weakness in the Kurdish cause remains one of division. Iraqi Kurdistan’s main party, the Kurdistan Democratic party (KDP), has a historic rivalry with the PKK/PYD.

The Iraqi Kurdistan president, Massoud Barzani, has just been hosted by the Turkish state in Diyarbakir, the largest Kurdish city in Turkey. While the event was a historical one signaling the change in Turkish-Kurdish relations, it was equally the result of Turkish realpolitik and efforts to weaken the Kurdish hand on the regional front. The Turkish prime minister, Recep Tayip Erdoğan, is also courting the Kurdish vote for forthcoming elections in Turkey.

The composition of both the Iraqi and Syrian state remains under threat, which could catapult the Kurds into a greater position of strength. At the least, they could operate with increased leverage over their Arab counterparts. At most, the disintegration of Iraq and Syria could produce a Kurdish state of some shape and form.

Whatever the future may hold for the Kurds, they have emerged as important shapers of the Middle East, rather than its victims.

Ranj Alaaldin is a Doctoral Candidate at the London School of Economics and Political Science, where he researches the history of Shia political mobilisation in Iraq. He is also a Senior Analyst at the Next Century Foundation. 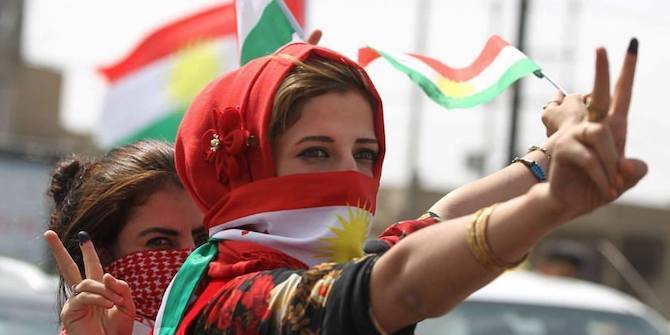 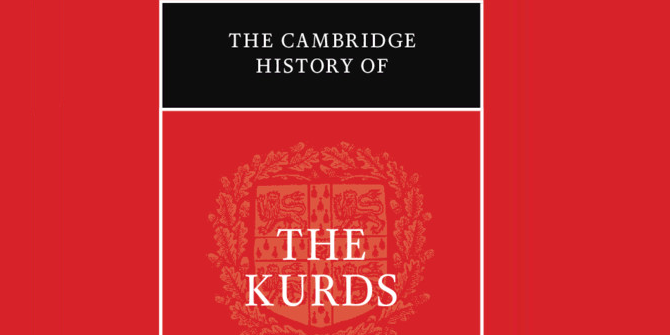 Bad Behavior has blocked 5641 access attempts in the last 7 days.