The authors of this book address how Hizbullah uses image, language, and its charismatic leader, Hassan Nasrallah, to legitimise its political aims and ideology and appeal to different target groups. In this review, originally posted  on the LSE Review of Books blog, Morgane Colleau argues this is a highly valuable contribution that sheds much needed light on a key causal dimension in the movement’s endurance. In December 2014, the authors presented their book at a talk at the MEC, which is available on podcast on our website. 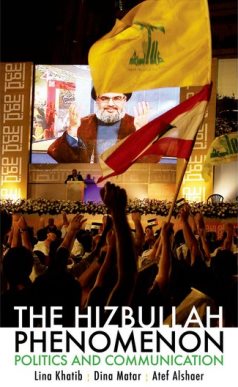 In The Hizbullah Phenomenon: Politics and Communication, Lina Khatib, Dinar Matar and Atef Alshaer offer a comprehensive analysis of the group’s sophisticated political communication strategy since its inception in 1982. Although they offer no startling insights into the group’s socio-political aims and approaches within Lebanon or its relations with foreign powers, their contribution lies in their detailed analysis of how Hizbullah has continuously sought to legitimise and market itself to domestic and foreign audiences. This is a highly valuable contribution that sheds much needed light on a key causal dimension in the movement’s endurance.

In the Introduction and Chapter 1, Matar and Khatib highlight that the Lebanese ‘Party of God’ evolved from an Islamic jihadi group to a mainstream political party after the end of the fifteen-year civil war. Its policy of infitah (‘opening up’) and participation in successive national elections aimed to portray its nationalist identity and its transformation as authentic and legitimate. Hizbullah was successful at reaching out to constituencies beyond its initial Lebanese Shiite followers. The May 2000 Israeli withdrawal from southern Lebanon and the July 2006 war with Israel considerably strengthened its identity as a national Lebanese party. In the latter case, it also propelled its image as an Arab nationalist force.

Hizbullah’s political evolution and successes, however, cannot be appreciated without understanding the ‘methods, tools and practices’ it has used to ‘manage and institutionalise [its image] in order to achieve legitimacy, to reach out to different constituents and to implement its political goals’ (p. 5). In particular, the group has systematically adapted its communication strategies, in line with changing political, economic and social contexts, so as to enhance its visibility, widen its support base and increase its influence. Chapters 2 to 5 thus combine historical and thematic perspectives, covering a breadth of topics while contextualising developments within Hizbullah’s political communication strategy. Chapter 2 focuses on the period from 1982 to 2000; Chapter 3 on the crucial years from 2000 to 2012; Chapter 4 on Hezbollah’s poetry and Chapter 5 on Hassan Nasrallah.

While reiterating that Hizbullah transformed itself from ‘an exclusivist Islamist jihadi movement working outside the Lebanese state into a more inclusive political party within the Lebanese system’ (p. 39) from the mid-1980s, Chapter 2 describes how, in practice, the group managed to do so. Hizbullah began to develop and use visual and print media platforms to explain its objectives, the legitimacy and necessity of its existence, and to mobilise public opinion beyond the core Lebanese Shiite community. Its February 1985 ‘Open Letter’ thus aimed to disseminate its political ambitions and ideological orientation. The video recordings of its military operations against Israel intended to demonstrate its pro-active stance as the ultimate resistance force. Hizbullah also established its own radio station in 1991, al-Nour, and its TV station, al-Manar. Both enabled it to reach out to broader Lebanese audiences and further display its image as ‘the legitimate party of resistance to oppression’ (p. 48). In so doing, Hizbullah produced ‘truth-claims’ (p. 69) about its role and identity which proved crucial to its legitimacy and raison d’être over time.

From 2000 to 2012, Hizbullah adapted its centralised communication strategy to reflect and capitalise upon several key political developments, including the liberation of southern Lebanon and the second Palestinian intifada. These events helped Hizbullah sustain its image as a national Lebanese party and anchored its identity as an Arab regional force. Crucially, its media platforms began ‘a concerted campaign’ (p. 74) to project its image as the key protector of Lebanon and the main credible resistance force against Israel. Al-Manar, which launched its satellite television channel in 2000, considerably adapted its programmes to engage broader Arab and Muslim audiences. Entertainment shows and children’s programmes thus joined its traditional political, social and religious documentaries.

The 2006 war provided a new platform for Hizbullah to market itself as ‘Lebanon’s saviour from Israeli aggression’ and an ‘Arab paramilitary group’ (p. 83). It began to rely on more professionally designed products and communication strategies to depict its ‘Divine Victory’. It produced ‘war memorabilia like t-shirts, key rings and baseball caps – for children and adults alike – bearing its logo and the colour of its flag, as well as the picture of Nasrallah’ (p. 84). It also planted hundreds of billboards that commemorated the group’s accomplishments, including around Beirut’s international airport, which featured text in Arabic, English and French. The establishment of the Mleeta visitor centre records its military operations and infallible commitment to resistance. As Alshaer observes in Chapter 4, the themes and values of resistance, steadfastness, heroism and suffering have all served to strengthen the group’s ideology, ‘hail Hezbollah leaders, fighters and affiliates, and enhance their appeal and authenticity’ (p. 121). This has helped Hizbullah maintain identity and continuity, and thus credibility, over time.

In Chapter 5, Matar provides a detailed analysis of the role of Hassan Nasrallah in cultivating and disseminating Hizbullah’s image and ideology. Since his 1992 appointment as Secretary General, his use of potent religious-political language and culturally resonant frames of reference have produced an effective ‘image of presence that served as a tool for mobilisation and as a model of compulsion’ (p. 154). As such, the ‘master of spin and propaganda’ (p. 35) has been central to the group’s communication strategy. While the martyrdom of his 18 year-old son in September 1997 during a military operation against Israel changed his image as a selfless leader within and beyond Lebanon, the 2006 war profoundly transformed his status. His speech marking the end of the war ‘captured the Lebanese and pan-Arab imagination, cementing his evolution into a national and Arab charismatic leader’ (p. 163). Hizbullah’s media platforms gave him unprecedented level of visibility, repeating his statements and constructing his performances as dramatic events that demanded urgent attention. They also began to publish numerous works on his person, systematically emphasising his extraordinary credentials.

The Syrian crisis is, however, profoundly challenging the image of Nasrallah and Hizbullah. Their pro-active support for the Syrian regime has led to vivid domestic criticisms, at a time when the 2005 assassination of former Prime Minister Rafic Hariri and the UN Special Tribunal for Lebanon already constituted important challenges to its credibility (i.e. questions over its rootedness in Lebanon and determination to avert sectarian tensions). Hizbullah has also attracted external condemnations, including doubts over its legitimacy as a resistance force against oppression and injustice. Sadly, the book only marginally engages with the internal and external ramifications of Hizbullah’s involvement in the Syrian crisis; a consequence of the fact that most chapters were completed in 2011-2012.

The Hizbullah Phenomenon is particularly relevant to students, academics and policy-makers who wish to understand how and why Hizbullah has been able to respond and adapt to changing socio-political and strategic developments within and beyond Lebanon since the 1980s. It does not provide detailed analyses of Lebanese domestic politics and novices should thus read it in conjunction with other works produced on the group. However, by focusing on Hizbullah’s political communication strategy, the authors are in a position to shed light on the ways in which it has sought to manage and legitimise its image and identity to its audiences, and to expand its influence over the past decades. In this context, Nasrallah’s January 2015 confirmation that one of its operatives was spying for Israel’s intelligence service was particularly significant: while it confirmed its continuous struggle with Israel, it also raised important questions about its domestic cohesion and image of impenetrability.

Morgane Colleau is currently completing her PhD studies at the University of Exeter, where her project explores Iran’s foreign policy during the Ahmadinejad presidency. Prior to studying for her Masters in Middle East Politics, she completed her undergraduate degree at the Institute of Political Science (‘Sciences Po’) in Aix-en-Provence where she read Politics and International Relations. In addition to teaching modules grounded in both Politics and Middle East Area Studies, she has written several pieces for Ethnopolitics and worked as the managing editor of the 2013 ‘After the Spring: Prospects for the Arab World in 2013’ publication for the United Nations Association of the UK. 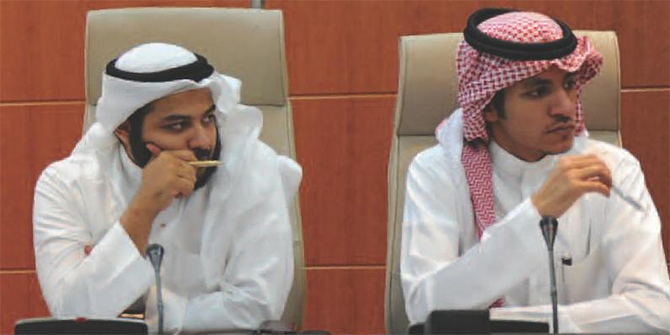