Almost five years to this day, young Egyptians made global headlines as a (digital) force to be reckoned with: they were at the forefront of an uprising that disposed of a thirty-year dictatorship within 18 days. A plethora of accounts emerged of how youth not only faced the wrath of Mubarak’s police force on the ground, but in the virtual realms of cyberspace, were also engaged in a digital embattlement to broadcast their message and plight to the world. According to journalist David Wolman, what happened in 2011 was a natural culmination of a process that was set in motion since 2008, as activists were already using social media platforms such as Facebook and Youtube to lay down the foundations for revolutionary change. Yet, how often have we asked: who were these Egyptians purportedly at the forefront of this online activism? Did it comprise a broad cross section of the ‘ordinary’ youth population as many news reports at the time would have us believe, or in actual fact, were they no more than a minority of well-connected, highly trained ‘activists’ – a point advocated by Zeynep Tufecki and Christopher Wilson. Even more so, if the pessimistic tone of Malcolm Gladwell is anything to go by, then social media can never be credited with helping to overthrow governments, as they do no more than foster ‘weak ties’ and encourage low risk, low effort activity, otherwise known as ‘slacktivism’.  If this is so, and if the initial celebration of the role of technology in Egypt’s key period of political change was greatly hyped, then a more sober analysis of the media’s position in the lives of the young is called for. The question should not only be how (or if) the media facilitated the immediate moment of revolutionary change, but instead, what is the longer-term impact of new media in helping young Egyptians make sense of their turbulent, confusing and constantly changing post-uprising reality?

This is precisely the aim of the research I am currently conducting in Cairo, involving 300 media-consumption surveys equally distributed across three universities, as well as a series of 30 in-depth interviews with students. The three universities I worked with represented three very different socio-economic profiles, including: The American University in Cairo, which is the most expensive university in Egypt, with annual fees surpassing around £10,000 per year; Misr International University which is a mid-range private university requesting annual fees of around £2,000 – 3,000; and finally the Faculty of Education at Ain Shams University – a public institution with no fees. Findings from my survey show that 100% of the sample own a mobile phone, 98% own a PC, while 100% are internet users, and that these three types of media are the only ones rated as ‘very important’ by the biggest majority of the sample, compared to other types of old media such as television or the radio. Furthermore, the largest percentage of respondents (over 50%) use the internet for more than five hours daily, while of these, 21% use the internet for over 9 hours per day. These frequencies are testament to the extent to which the media is a very big part of the lives of these young people, most of whom have been using new media devices such as their mobile and laptop since the age of 10-12 years. When asking them whether they consider themselves to be addicted users, 39% considered themselves to be so, compared to 41% of the sample who regarded themselves as regular users. Furthermore, in terms of how competent they are in using media technologies, less than 1% consider themselves to be beginners, 43% as average uses and 28% as advanced users. When asking them in the interviews how they would feel if I was to confiscate all their media devices, highly charged words such as ‘agitated,’ lost,’ ‘completely isolated’ and ‘scared’ were used to describe their feelings.

According to the survey, the main reasons these young people identify for using the internet are: news updates (82%), email (75%), social networking (74%), researching new information (73%) and entertainment (70%).  Reasons related to political interest/activity were quite low on their list of priorities, with 40% choosing discussion groups and 18% choosing blogging. This was confirmed by the interviews where the majority of youth stated that they have no active involvement or deep interest in politics.  Even during the peak of the uprising, a few of the youth I interviewed stated that they engaged in any online political activity. Yes, the events of 2011 may have encouraged them to be more avid followers of the news, they told me, but this seemed to be more of a voyeuristic tendency to know what’s happening from afar, rather than choosing to be an active part of the change. They did admit that a desire to be an active or politically involved citizen was often triggered by key national events such as a presidential election, which led to temporary peaks of activity and involvement, although this never really lasted.

Why is this so? Those I researched simply felt that being politicised or an active citizen – and even more so using the media for these purposes – was not something they were ever encouraged or shown how to do, and thus will not happen overnight or in the wake of sudden regime change. This illustrates that empirical evidence and on-the-ground research is vital to support any grandiose claims about the social consequences of the media or any other cultural phenomenon. Perhaps because concepts such as democracy and active citizenship are central to western societies, there was a natural tendency to frame events across the Arab world using this discourse. Yet, in talking to these youth, it is clear that although the media did not always facilitate political involvement during the Spring, it did help in another noticeable way. Mobile phones and laptops have become vital companions and offer a sense of stability in a world that is changing so rapidly beneath their feet; it helps them to remain grounded and feel connected to a force beyond the turbulence and uncertainty they face on a daily basis.

This can be linked to Mediation Theory, where scholars such as Martin-Barbero argue for the need to avoid positioning ‘powerful’ technologies as our main analytical framework, yet instead, to first explore a certain society in all its contradictions and complexities; to place people and culture as our starting point and then to understand where and how the media fit into this intricate web. After all, it is people who create technology and not the inverse.

Heba Elsayed is Visiting Fellow at the LSE Middle East Centre. She is also Visiting Academic at the University of Manchester. She is acting as Principal Investigator on two research projects: a Leverhulme funded project investigating Egyptian youths’ consumption of New Information Technologies and a second funded by the British Academy – co-hosted with the American University in Cairo – focusing on street sexual harassment in Egypt and the media’s role in fuelling this national epidemic.

Posted In: Egypt | Notes from the Field 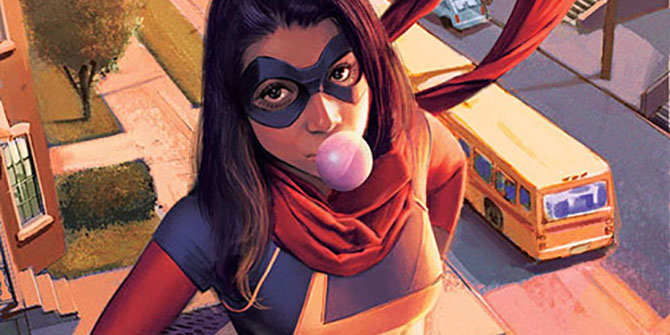 Bad Behavior has blocked 987 access attempts in the last 7 days.