Is there any hope left for Egypt’s revolutionaries?

Is there any hope left for Egypt’s revolutionaries? 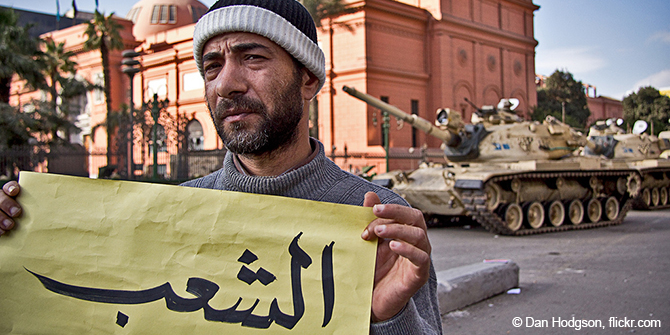 Already in early 2014, when I first started my fieldwork in Upper Egypt, ihbat, meaning disappointment, frustration or defeat, was felt by most young supporters of the 25 January 2011 uprising. Six months after the army’s ouster of President Morsi, it was obvious that counterrevolutionaries had taken advantage of popular discontent towards the Muslim Brotherhood to seize control of the state. Determined to retain power, they had then started a witch-hunt, eliminating all opponents potentially threatening their rule. After jailing and killing thousands of Muslim Brotherhood supporters, they started to attack other more secular revolutionary leaders and activists, while deploying considerable efforts in presenting the 25 January revolution as a foreign conspiracy. Two years later, with many renowned activists remaining in detention while others were killed, the revolutionary youth that hoped for a better Egypt able to offer the same chances to everyone, is more depressed than ever. However, with the first signs of the coming end of the current era, could we catch a glimpse of light at the end of the tunnel?

It is true that current times do not encourage optimism. On 3 February, fellow PhD student Giulio Regeni, undertaking research about independent trade unions in Egypt, was found dead in Cairo’s outskirts after being savagely tortured. His murder has deeply shocked and shaken all of us. Giulio’s mysterious vanishing on 25 January, the 5th anniversary of the 2011 uprising, was highly reminiscent of numerous other cases of ‘forced disappearances’, the term used to refer to security forces’ kidnapping of individuals without formally arresting them. Various foreign media such as the New York Times on 12 February accused Egypt’s Ministry of Interior, quoting witnesses confirming plainclothes security agents had arrested Giulio before he disappeared. The Egyptian authorities have been handling the case in a clumsy, not to say incompetent way, similar to what they did regarding the Russian plane crash in Sinai and the killing of Mexican tourists and their Egyptian guides in the western desert in 2015. Yet, the media frenzy that followed Giulio’s murder has already declined, while investigations are not progressing, Italy’s business in Egypt goes on as usual, and the rest of Europe remains shamefully silent.

After all, this is not the first time that the world has contemplated crimes Egypt’s past and present rulers keep covering up. Giulio is just another victim of this system encouraging the perpetration of the worst atrocities in absolute impunity. As silent as we are, we are accomplices in these atrocities, which target Egyptians on a daily basis. However, the current rule is slowly ending. It will end because it has been failing in everything. President Sisi’s administration has failed in restoring security, as evidenced by the almost daily killing of security personnel. It has failed in solving the economic crisis, as suggested by the on-going labour protests, dollar shortages, and the persisting high unemployment and inflation rates. It has failed in improving public services, as shown, for instance, by the recurring water cuts in rural areas. It has failed in re-establishing stability, growingly threatened by its own security forces.

Indeed, increasingly paranoid and obsessed with its own survival, the security state has multiplied the worst excesses to silence critics, gradually triggering what it fears most, namely popular protests and instability. In addition to hundreds of cases of arbitrary detention, ‘forced disappearance’, torture and/or killing of alleged political opponents, many recent incidents involving policemen have been contributing to rising popular discontent. Several cases of police assaults in hospitals pushed doctors to take the lead in the contestation against police brutality. Discontent culminated on 18 February, when a policeman shot dead a driver in Cairo’s Darb al-Ahmar area, prompting hundreds to protest outside the Cairo Security Directorate. This last incident apparently scared the authorities the most, as suggested by unusually quick steps taken. While President Sisi requested legislative amendments to hold policemen accountable, the murderer’s trial started as soon as the 5th of March in Cairo.

In addition to security breaches, a number of recent careless economic decisions have further endangered already much deteriorated living conditions since the 2011 uprising. Ordinary people are increasingly suffering from shortages of subsidised food items such as rice and cooking oil, while higher tariffs on imports and dollar shortages have been pushing prices upward. Electricity cuts and water shortages have persisted, especially in the countryside in summer. Furthermore, the tourism industry, the source of income for thousands of Egyptians, has been deteriorating as a result of persisting insecurity and apparent instability. Labour protests have also erupted on a regular basis due to the non-disbursement of wages and other allowances, arbitrary dismissals, the existence of laws such as the Civil Service Law which threaten workers’ rights, the failure to grant permanent positions to long-term temporary workers, corruption and nepotism within public sector entities, amongst many other grievances.

For all these reasons, ordinary Egyptians’ disappointment towards the government is growing, while the latter has largely responded with shortsighted decisions to buy more time. At the same time, President Sisi has been increasingly criticised within elite circles, including by his own supporters, whether by media figures (as Tawfiq Okasha and Ibrahim Eissa) or politicians (as head of the Egyptian Social Democratic Party Mohamed Abul Ghar). As instability grows, some political opportunities will likely been given to the youth, while the army will be increasingly tempted to replace Abdel Fattah al-Sisi with an apparently more consensual figure. This person could be an unknown army leader whose name was never associated with any kind of violation, or a civilian with a reputation of integrity who would remain loyal to the military.

The end of the current reign will probably be long and painful. However, it has started, and no one, except the rulers themselves, can be blamed for it. Egypt’s revolutionaries should thus prepare for the future, but firstly learn from past mistakes. They have to transcend their political differences, and find ways to work with less revolutionary but still reformist elements, including young supporters of the current regime that are increasingly disillusioned, as well as moderate Islamists. Revolutionaries must systematically take into account ordinary and poor Egyptians’ daily needs, starting from their own neighbours. They have to accept that 25 January is an unloved revolution and that most of their compatriots cannot afford a new revolt. Overwhelmed by concerns of the everyday life, ordinary people often see the Arab uprisings as the starting point of an era of instability.

As they are unlikely to win the coming battles in the streets, revolutionaries have to move towards building a comprehensive, clear and achievable social project. Even if they are not ready to take power, they have to actively participate in politics, first through taking clear stances in a number of key issues. They have to talk about measures to reform public schools and hospitals, reduce traffic accidents, make clean drinking water available to everyone. We must hear them discuss subsidies, wheat sufficiency, the energy crisis and electricity cuts. We want to know how they would fight, on the one hand, the risk of terrorism and, on the other, unemployment and the various socioeconomic discriminations that sometimes push disillusioned youth into the arms of Daesh and their subsidiaries. They have to propose solutions to end the isolation of the countryside, improve access to decent public services, and support farmers.

Revolutionaries can gradually work from inside the system. One way of doing this is to first get involved in local politics, as already attempted by many young activists. The latter should push the government to set a date for local councils elections, in which 25% of the seats will be allocated to the youth, in accordance with the constitution. Revolutionaries could also increase their participation in welfare activities in their neighbourhood or village. This would help them acquire a better understanding of the needs of their compatriots, and think of creative ways to respond to them. Such forms of local activism will eventually prepare them to take responsibility for ruling the country. Not just for themselves, but for all those who died at the hands of repressive regimes, for those who have and will have to live under one and for the tens of millions of Egyptians who deserve to be respected, protected and served. It is only once the revolution has won that justice will be able to triumph.

Yasmine Laveille is a PhD candidate at the Department of Government at LSE. Her research explores the forms of contentious politics in the distant Upper Egyptian regions of Luxor and Aswan since 2011. It aims to contribute to studies of popular mobilisations taking into account the role of space, networks, local activists and sociocultural features. Yasmine’s PhD thesis studies how ordinary citizens’ discontinuous activism is partly structured by the remote context and perceptions of Upper Egyptian identity, as well as how national events since the 2011 uprising have affected mobilisation in these provincial, rather rural areas. 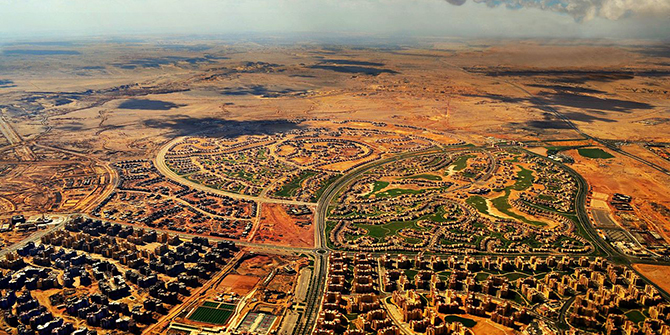