Today, Syrian refugees find themselves the victims of political bargaining by many host countries which use them for political or economic gain. The latest example of this was the statement made by Burhan Kuzu, a high-ranking deputy of the ruling AKP in Turkey, when he said: ‘The European Parliament will discuss the report that will open up visa-free travel in Europe to Turkish citizens. If it makes the wrong decision, we will send the migrants back!’ [to Europe].

The European Union (EU) and Turkey have recently struck a deal to end the irregular migration of refugees from Turkey into the EU. In return, the EU will offer 6 billion euros to Turkey in support, and allow visa-free travel for Turkish citizens in Europe.

In addition, Turkey is trying to use the migrants card to get concessions on the EU’s demands to amend its anti-terrorism laws. Europe feels these laws are being used to crack down on the political opposition. Turkey, on the other hand, still insists these legislations are necessary at a time when the country is being targeted by Islamist and Kurdish militants.

The war of words between Turkey and the EU clearly reveals the extent of the exploitation of the migrants issue and how the humanitarian crisis has become a political haggling card. While Turkey is using its position to eventually try to achieve full EU membership, many European countries want to stop the influx of migrants for security and cultural reasons.

The deal has already been denounced by NGOs, including the UN High Commission for Refugees (UNHCR), which expressed its concerns, considering that collective expulsion of foreigners is prohibited under the European Convention on Human Rights, and is not consistent with European and international humanitarian law.

While other countries neighbouring Syria – such as Lebanon, Jordan, Iraq and Egypt – are also hosting millions of displaced Syrians, they are not being given adequate support or attention by the international community. What makes Turkey so special might just be its direct border with the EU.

On the other hand, Turkey is not the only country trying to use the refugee crisis for political ends. Canada’s UN ambassador recently mentioned that the country’s experience of welcoming Syrian refugees should help it qualify for a non-permanent seat on the UN Security Council, part of its push for a more active role on the world stage. While Canada lost its bid for a two-year council term in 2010, it is hoping that it can achieve its goal this time around.

The world appreciates that many countries – both near and far from Syria – have shouldered a heavy burden by hosting large numbers of refugees, and that they need to be supported by the international community. However, in return, the main purpose of sheltering refugees should be to alleviate their suffering, having lost the safety and security of their own country. We need to remember that the refugee crisis is first and foremost a humanitarian issue and that using it as a bargaining card for political gains is both legally and ethically questionable.

Ammar Bajboj is a Syrian Lawyer with a PhD in International Criminal Law. Until 2014, he was Lecturer at Damascus University and the Syrian Virtual University. Ammar currently lives in London and works at an organisation that supports Syrian Refugees in the UK.. 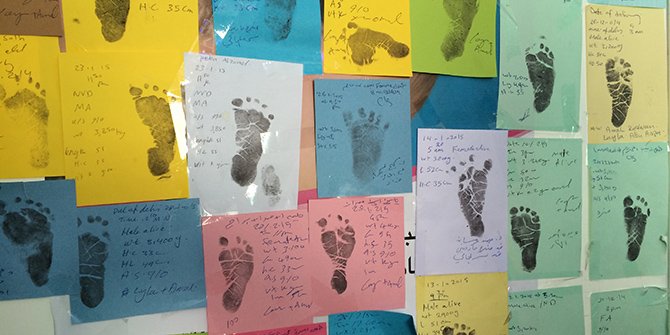 Bad Behavior has blocked 817 access attempts in the last 7 days.