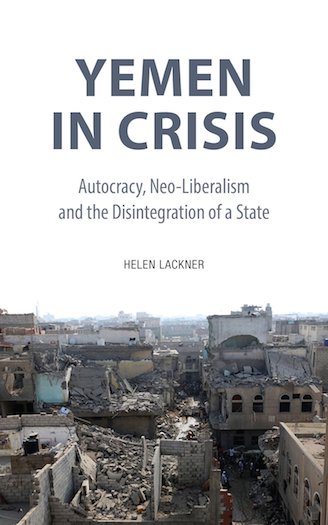 It is often the eruption or aggravation of its perennial political crises that draw the attention of the international community to Yemen, a country whose history is both rich and troublesome. Since the beginning of the Saudi-led ‘Operation Decisive Storm’ in 2015, an effort to force Yemen into submission and starvation, the need for information on the country is in sore demand, and the lack of neutral, reliable information is painfully felt. With Yemen in Crisis: Autocracy, Neo-Liberalism and the Disintegration of a State (Saqi 2017), Helen Lackner has produced a book that fills this gap, addressing both fellow scholars and interested observers.

Few scholars would be better suited to review Yemen’s recent history in order to elucidate the country’s current transformations. Lackner has been researching Yemen for several decades and lived there for many years, both in the former South Yemen (PDRY) and North Yemen (YAR), and – after unification of the two in 1990 – in the Republic of Yemen (ROY). This first-hand experience and long-term involvement in the country’s fortunes has provided her unique insights into its social, political and economic development and enables her to recognise the broader significance of what might at first appear to be unique and isolated incidents.

The array of topics of this book is correspondingly broad. In its first chapter, the book begins with a very concise and commendable summary of the difficult and ultimately failed political transition process that began in spring 2011 and ended with the launch of the Saudi-led bombing campaign in 2015. The nine following chapters explore the historical roots of the current crisis in Yemen by addressing very different but closely related aspects of its recent history: the influence of foreign states on Yemen’s development and politics, the history of the two Yemeni republics (YAR and PDRY) from their establishment in the 1960s to their unification in 1990, the role of political Islam, the emergence of the Huthi movement in the country’s north and the secessionist movement in its south, the changing role of tribalism in Yemeni society and politics, the deficient economy, and the country’s rural-urban nexus. In doing so, Lackner presents the many complex historical, political, economic and social problems whose synergy led to the current situation in Yemen.

Lackner’s account shows that in 2011, when the crisis erupted in Yemen, a breaking point had already been reached in many ways, as at that time ‘people’s living standards continued to deteriorate; the patronage and nepotism-based autocratic rule had run out of steam (and cash); and rapid population growth combined with mismanagement of limited natural resources, water in particular, threatened the country’s very survival’. On this basis, she conclusively argues that ‘reaching a sustainable peace will only be possible if all the problems are addressed in synergy’ (p. 287).

The strength of this book lies in the breadth of its topics and in their balanced presentation. Lackner’s caution in properly weighting the details of a very complicated set of developments can be attributed to her long-standing research expertise and first-hand experience in Yemen. Without losing sight of the details and many exceptions, she manages to communicate the kind of macro-evidence and abstraction that allows colleagues in other fields and the general public to grasp the overarching situation. Moreover, in her book Lackner rebuffs some prejudices and misperceptions that are common even in Yemen and therefore very difficult to correct. In Chapter 5 on the Huthis – a commendably well-balanced account of the rise and expansion of the Huthi movement in Yemen – she criticizes the belief prevalent throughout southern Yemen that only the south was being neglected and discriminated against. She rather argues that this discrimination affected large parts of the population in the north and south, and hence was a factor in the emergence of both the Huthis and the southern secessionists. In contrast to the south, however, the north ‘has not developed major internationally noticed movements’ (p. 149). Praiseworthy also are some of her corrections in relation to the local discourse in the south, which has been dominated by emotional and contentious language even among scholars concerned with southern Yemen, many of whom simultaneously function as political activists. ‘When discussing differences with the North’, she argues, ‘otherwise reasonable southern intellectuals are wont to assert that “our Southern tribes are different, they were civilized by the British for over a century”, a laughable statement which reveals a lack of understanding of both tribes and the colonial period when the British ignored the hinterland tribes for most of their period in the region’ (p. 167). Lackner’s neutrality and impartiality – one of the most important prerequisites for a researcher – make this book immensely valuable.

Lackner’s language is both pleasant and sophisticated, and compares favourably with the dramatising creative-writing style of many other recent books concerning crisis areas in the Middle East. Her representations are balanced, erudite, and objective, rendering the book both readable and interesting. Of all the books that have been published in recent years on Yemen’s post-2011 crisis and its historical roots, this stands out.

Marieke Brandt is a researcher at the Institute for Social Anthropology (ISA) of the Austrian Academy of Sciences in Vienna. Her research focuses on tribalism, tribal genealogy and history, and tribe-state relations in Southwest Arabia. She is the author of Tribes and Politics in Yemen: A History of the Houthi Conflict (Hurst 2017). 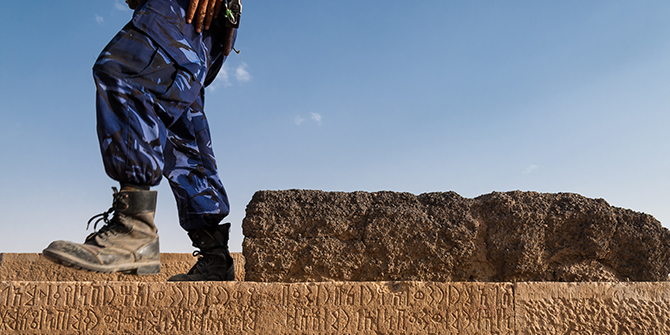 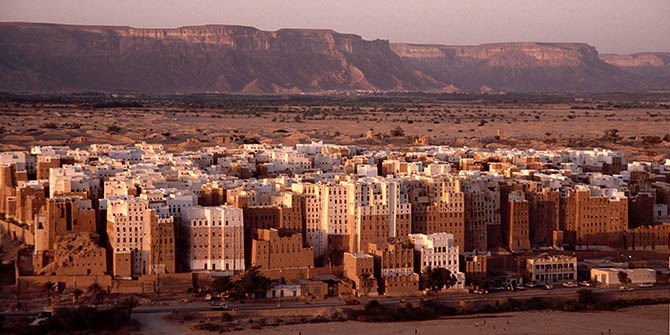