by Bashir Bashir and Rachel Busbridge

Bi-nationalism, as a prescriptive political project that would affirm equal rights to national self-determination for Palestinians and Israeli Jews, is rarely treated as a serious political alternative to the two and one-state solutions in Israel/Palestine. Given the constitutive settler colonial dimensions of the Zionist project, the idea that Palestinian rights to national self-determination in historic Palestine should be achieved alongside Israeli Jewish rights to the same is widely dismissed as entrenching, rather than dismantling, colonial relations of power (see contributions from, among others, Ali Abunimah and Omar Barghouti). In contrast to these views, we suggest that bi-nationalism may in fact offer important ethical and normative resources for a decolonising project in Palestine/Israel.

Now is an opportune time to begin such a conversation. Recent years have seen a revitalisation of the concept of decolonisation as a concern for critical voices on the Israel/Palestine, whether in the arts, architecture, activism or scholarship; in part due to the resurgence of settler colonialism as a framework of analysis as well as the discussion of alternatives to the two-state solution in the Israeli–Palestinian conflict. Decolonisation as a process of ‘undoing’ colonial relations of domination between Palestinians and Israeli Jews is of course not a new idea in the context of the Israeli–Palestinian conflict. The Palestinian struggle for self-determination and against Zionist expansion has long been considered in anti-colonial terms. Likewise, the variety of proposed ‘solutions’ for the conflict are embedded in the language of decolonisation, even as they attach different conceptual and political meanings to it.

What is striking about this present revitalisation, however, is the ways in which a liberal democratic one-state solution has taken precedence as offering the greatest potentialities for decolonisation in Israel/Palestine. Whereas the two-state solution has seen decolonisation primarily framed in terms of partition and state-building, reducing colonial concerns to the ongoing Israeli settlement project in the West Bank, the one-state paradigm seeks to articulate a decolonising programme which incorporates all Palestinians as a relevant constituency and recognises their collective aspirations in the entirety of historic Palestine. A ‘one person, one vote’ type approach is widely considered as laying down the foundations for an ‘ethical decolonisation’ that would affirm Palestinian rights at the same time as re-orient Arab-Jewish relationships around the principles of equality and cohabitation.

We agree that the one-state solution has many advantages compared to the two-state, especially if we accept that the latter is increasingly out of reach. Yet, we ask whether the general disavowal of national dimensions of the conflict in one-state proposals offers a rich enough vision of decolonisation. This is not to say that one-staters do not acknowledge the presence of two national collectivities in Israel/Palestine. Like other terms used to describe the so-called facts on the ground in contemporary Israel/Palestine, such as ‘one-state reality’, the ‘one-state condition’ and ‘apartheid’, the notion of a de facto bi-national regime points towards the seemingly irrevocable territorial and social intertwinement of the Jewish and Palestinian populations as well as the fact of complete Israeli political control from the Jordan river to the Mediterranean sea. However, the unwillingness to entertain equal rights to national self-determination for Palestinians and Israeli Jews, whether due to anti-colonial principles or a general distaste for nationalism, means that one-state proposals can be thought of as more concerned with defending Palestinian rights than imagining a robust and viable postcolonial or decolonised polity. While the predominant one-state imaginary does not exclude Israeli Jews per se, it only includes them to the extent that they constitute a neutral and repentant entity, as Leila Farsakh suggests.

If we are approach decolonisation in terms of decolonising relationships, bi-nationalism in our opinion offers a far more robust framework. On the one hand, in sidestepping the resonance of national identities for Palestinians and Israeli Jews alike or, alternatively, over-estimating the ease with which they may find civic expression, the liberal one-state vision may satisfy Palestinian demands for justice but ultimately suffers from a poverty of imagination when it comes to re-imagining the relationship between Arabs and Israeli Jews. Bi-nationalism as a prescriptive paradigm is not only better equipped to deal with such questions, but also to develop affective relations of co-belonging that transforms ‘otherness’ from a problem to be disposed of into a moral and emotional challenge.

On the other hand, bi-nationalism’s insistence on equal rights to national self-determination both satisfies Palestinian demands and dismantles the ethno-exclusive vision of Zionism, insofar as it rejects Jewish colonial privileges of any sort as well as Zionist claims to exclusive Jewish sovereignty over historic Palestine. Furthermore, its political accommodation of national identities arguably creates a context more conducive to the reckoning with the persisting historical injustices that resulted from the ongoing Nakba and the concordant taking responsibility and offering reparations that decolonisation demands. That Jewish Israeli and Palestinian national identities – like all national identities – are both imagined and invented is clear, as are the political risks and dangers of nationalism. Yet, in acknowledging the mutual presence of Jewish Israelis and Palestinians in historic Palestine, a decolonising bi-nationalism is better positioned to produce an imaginative geography of two peoples and thereby allow for the adversarial narration of Palestinian and Jewish experiences in the Middle East alongside each other: al Nakba and the Holocaust, for example, or the complex interactions, intersections, and exchanges that long existed between Jewish, Islamic and Christian cultures in the Levant.

While bi-nationalism as we have briefly presented here is no doubt in need of further sharpening and development if it is to become a serious political alternative, as well as sound empirical work on how and why national attachments continue to matter to Palestinians and Israeli Jews, initiating the conversation is a good start.

This piece is an abridged version of a longer article published in Political Studies in April 2018, available here.

Bashir Bashir is a Senior Lecturer in Political Theory at the Open University of Israel and a research fellow at the Van Leer Jerusalem Institute. He is the co-editor (with Azar Dakwar) of Rethinking the Politics of Israel/Palestine: Partition and Its Alternatives.

Rachel Busbridge is a Lecturer in Sociology at the Australian Catholic University in Melbourne and author of Multicultural Politics of Recognition and Postcolonial Citizenship: Rethinking the Nation. 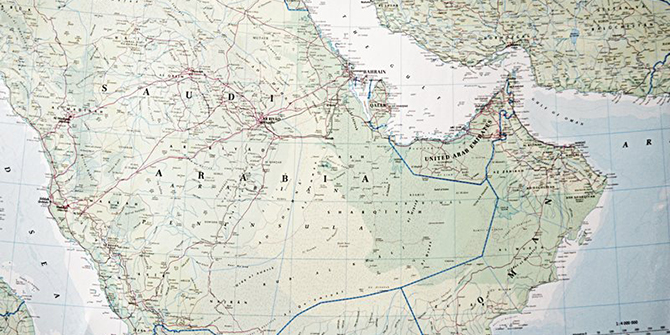 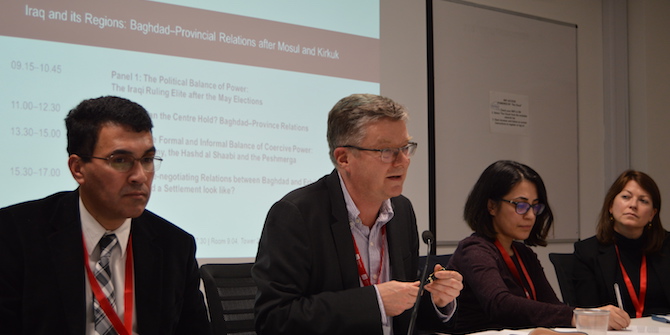 Bad Behavior has blocked 1169 access attempts in the last 7 days.