During the March of Return demonstrations, 22 Palestinian civilians were shot and killed by Israeli soldiers near the fence that separates the Gaza Strip from Israel. While this may be me a far cry from the 2,200 people left dead during the 2014 50-day conflict, this latest bloodshed is different insofar as it involved the shooting of unarmed protestors.

For those acquainted with the ongoing conflict between Hamas and Israel, this latest spate of protests comes as a surprise. Hamas’s decision to champion the protests displays a novel approach to its war on Israel. This marks a move away from the use of tunnels to capture Israeli soldiers and civilians (which Israel’s new anti-tunnelling systems prevent) and the firing of rockets (which the Iron Dome air defence system prevents), towards a peaceful means of challenging Israel’s legitimacy in the eyes of the world.

This sudden turn for Hamas, ardent proponents (and practitioners) of the armed struggle against Israel, is less a moral reckoning and rather a coming of age of the group. It is no secret that support for Hamas has been starting to fall. The costs incurred during the 50-day conflict made it clear that the group lacks the financial resources to launch a full-scale military attack. The Gaza strip is still recovering from the extensive destruction suffered during the conflict – unemployment is extremely high, food and drinking water remain luxuries and essential services are absent. It would be impossible for Hamas to garner public support for another full-scale uprising, even if it could somehow obtain the necessary financial backing.

This situation has been considerably worsened by the strict sanctions imposed by the Palestinian Authority (PA) last year. Hamas had forcibly removed the PA from Gaza in a violent takeover in 2007, but until last year, the Palestinian Authority was still paying Israel for the supply of electricity to Gaza. The new sanctions, imposed in the summer of 2017, suspends payment for Gaza’s electricity bill, along with cancelling salary payments the PA had regularly made to Gazan public officials. President Mahmoud Abbas, the head of the PA, has made his stand clear – either Hamas reconciles and allows the Palestinian Authority to reassume control in Gaza, or it stands alone.

Public support for Hamas had fallen drastically after the imposition of sanctions. As of today, the Gaza Strip has electricity for barely 3-4 hours a day. Public works have collapsed, with water supplies dwindling and untreated sewage being dumped into the Mediterranean. Qatar and Turkey, two of Hamas’ closest allies, have started to cut back on their support under increasing pressure from the UAE and the United States. Hamas recently attempted to reach an agreement with the PA, but talks collapsed when it accused Abbas of trying to destroy the movement by disarming it and stripping it of all powers.

It is in this state of extreme pressure that Hamas has decided to champion public protests, demonstrations and popular uprisings. This is a major shift in thinking for Hamas, which has over the last decade deemed armed uprising as the only way to obtain Palestinian liberation. This decision may seem like one made in desperation – a last resort of sorts for Hamas to regain public approval, however, this may not be the case. Rather, Hamas’ support of the movement shows that it has come of age. It could reasonably foresee that the protests would have civilian casualties – Israel’s shoot-to-kill policy applies to any individuals within 300 metres of the border wall. Hamas furthermore knew that it would have been impossible for protestors to make their way past the heavily-guarded border without incurring substantial casualties. In fact, Hamas would have also known that there was a miniscule chance that the border would be breached.

Then, the question remains: what is it that Hamas foresaw as the result of these protests? Hamas knew that it would take something drastic to break out of the usual circle of violence that the international community had grown used to. What better way to do this than to support the annual protests, and push for greater participation? Aware that the protests would result in civilian deaths, they reasoned that if number of victims were high enough, the international community would be forced to take notice. Furthermore, in supporting these protests, Hamas now projects itself as a reasonable organisation capable of governing the Gaza strip post-liberation. The disproportionate use of force also puts Israel on the back foot. Israel, till now successful at repelling any and all of Hamas’ armed threats, has no answer to the masses of unarmed Palestinian protestors congregating at the border fences.

Try as they may, Israel cannot justify the shooting of unarmed protestors, and governments of the world are likely to sympathise with the Gazans, especially in light of live ammunition being used to repel protestors. Hamas has done the unbelievable – it has caught its foe unprepared, and with a single move, created a public relations nightmare for Israel. Hamas has emerged rejuvenated, and past wrongs seem to have been forgiven. It comes as no surprise that Hamas leader Ismail Haniyeh was greeted with roaring cheers when he recently declared that he ‘wanted the world to know that the March of Return was peaceful and civilised, with women, children and youth participating in it’. Without doubt, this is the most successful Hamas has ever been, with Israel being subjected to international criticism over its handling of the situation. As history as often shown us, where armed resistance has failed, peaceful protest has succeeded. Hamas has come of age, and we will without doubt see more of these protests at a larger scale in the near future.

Yash Karunakaran is a student and researcher at the National Academy of Legal Studies and Research, Hyderabad. He often writes on international law and international affairs. He can be contacted via email. 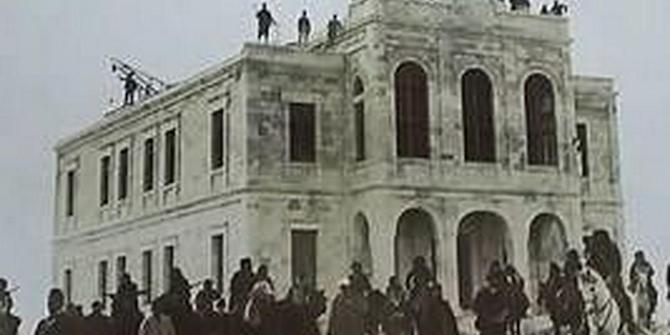 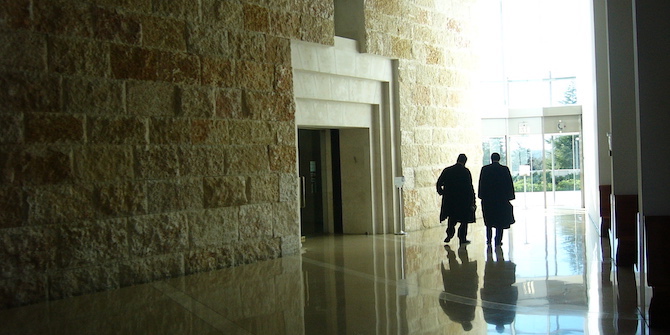 Bad Behavior has blocked 3311 access attempts in the last 7 days.