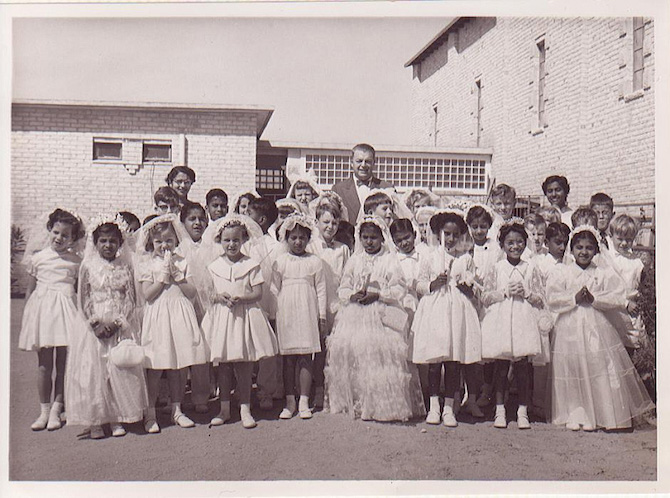 Pictures, such as the one above, depict the Christian population in Kuwait as being from the ‘indigenous’ community when it was, in fact, largely expat. Source: kuwait-history.net

With the development of globalisation, people are increasingly researching and writing about world histories using a variety of languages. The fact that researchers are no longer solely focused on the histories of their own or their neighbouring nations has broadened the field of historical enquiry and certainly enhanced its richness. It has also led to discussions about the nature of historical language which can be considered as part of the tradition of debates and conflicting discourse in the field of humanities and social sciences.

Since the beginning of the twentieth century, there has been a proliferation of academic research into various aspects of world history, and an increasing number of researchers use their own native languages to study the history of regions around the world, thereby bringing their unique perspectives and understandings to the topics they study.

This development has brought several issues to the forefront of historical debate. One key consideration is the way in which specific historical terms are understood across different languages and cultures and the relevance of such terms to the particular regions being researched which all have their own linguistic and cultural specificities. However, by accurately analysing the meaning of certain historical terms, as well as understanding the ways in which they are used in different societies, researchers may bring added depth to their historical work. For this reason, this article focuses on the use of terminology in the history of the Gulf.

A researcher’s understanding of certain historical terms is largely shaped by his or her own educational and cultural background, although this can be mitigated by careful analysis of the terms in question. In the case of the Gulf, many of the historical terms used in the academic literature originally come from European languages. Furthermore, there seems to be a certain lack of high-quality theoretical and conceptual analysis in current Arabic-language histories. This is not, however, due to any deficiencies in the language itself but because of the somewhat low standard of current publications.

In addition, many historians have continued to use and expand upon Western terminology and notions in their analyses of the Gulf region rather than addressing the lack of adequate conceptual analysis in the Arabic language.

In the same way that mathematical equations cannot be solved without an accurate understanding of the symbols involved, the past cannot be accurately explored without the use of suitable terminology. If an incorrect term is consistently used to describe a historical event or process, this can lead to a distorted and unreliable representation of the past. Terms such as ‘bourgeoisie’, ‘fiefdoms’ and ‘feudalism’ are, for example, commonly used in European histories and the understanding of these terms is usually predicated by familiarity with European culture and civilisation.

In addition, the social history of the Arabian Gulf has been largely studied within other disciplines such as sociology, economics, and the histories of work, urbanisation and tribes. This interdisciplinarity, however, has had a significant impact on the study of social history as a distinct discipline. This, I believe, has resulted in Arab social history becoming more of a history of rulers than a history of everyday peoples and the issues that affect them. It has also resulted in Arab social history becoming overly influenced by religious and nationalist biases. As such, a large number of topics have become taboo for researchers, which has contributed to a lack of adequate Arabic historical terminology.

For example, in his book, Takwin Al Arab Al Siyasii wa maghzaa Aldawla Al Qataria, Mohammad Jaber Alansari examined the use of the term ‘feudalism’ and its appropriateness for Arab and Islamic socio-political history. According to Alansari, Arab and Islamic societies did not live under feudalism in the way that the term is understood when used with respect to European societies. Alansari questions the idea that the Arab and Islamic world was subject to feudalism before modern times, claiming that this view is based on a Marxist approach to the social history of the region. He claims that there are significant differences between feudalism in Europe and the type of society this term refers to in the Arab world. Alansari points out, for example, that Arab societies required a greater degree of communication between their urban centres because of the vast empty, desert spaces between their cities and other inhabited areas.

Other scholars have also scrutinised the use of the term ‘feudalism’ in the historiography of the Arab world. According to Samir Amin, comparing Arab world history to feudal Europe can create misconceptions about Arab social and political history. This is somewhat different to the views of Alansari, who did not deny the essential similarities between the Arab past and feudal Europe but focused on the qualitative differences between the two historic cultures, claiming that their fundamental characteristics and social effects were not similar.

Similarly, ‘bourgeois’ is also a questionable term when writing about the history of the Gulf. The publication, Bedouins into Bourgeois Citizens for Globalization by Calvert W. Jones, is a good case in point with regard to this problematic terminology. The author’s use of the terms ‘Bedouin’ and ‘bourgeois’ raises a number of questions in terms of relevance and accuracy, in particular whether the supposed transformation, from Bedouin to bourgeois citizen, is relevant to the peoples being analysed.

The term ‘bourgeoisie’ is understood in a specific way in Western scholarship, particularly when seen from a Marxist perspective. For this reason, the historical absence of a feudal system in the UAE casts doubt on whether the term ‘bourgeoisie’ can apply to this Arab society. It could also be argued that the Bedouin people are, in reality, more of a middle class than the bourgeoisie, which undermines the idea of transformation mentioned in the title. The middle class can be rooted in Islamic sources as seen in Ibn Qutaybah’s book Uyun al-Akhbar whereby he divided Islamic society into three social layers: the rich, the poor and the middle class. Ibn Qutaybah identified the middle class as the social layer between the rich and the poor describing them as ‘the greatest good is in the awāsit الأوساط [those in the middle]’.

In summary, the process of unpacking and deconstructing the meaning and significance of European terms in the historiography of the Gulf should rely more on Arabic language perspectives using lexicographic tools and dictionaries used in the Arabic language. The translation of Eurocentric concepts into Arabic may result in a flawed interpretation of the social history of the Gulf.

Abdulrahman Alebrahim is an independent researcher whose research interests revolve around the history of the Gulf, particularly Kuwait, Najd and Southern Iraq. He obtained his PhD in History from Exeter University's the Institute of Arab and Islamic Studies. He tweets at @alibrahem_a 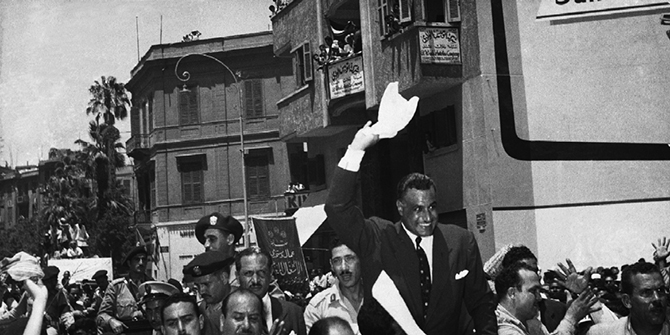 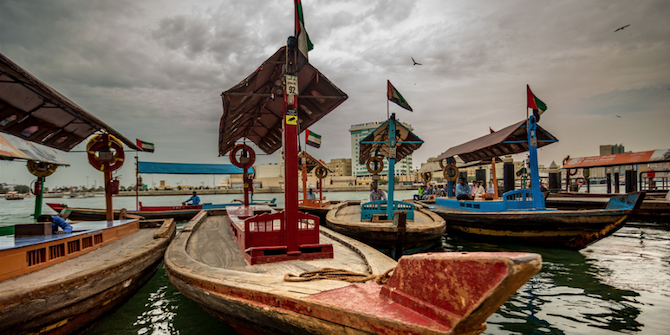